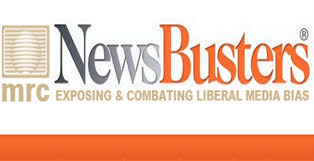 The Media Research Center is seeking donations for the work they do., They issued this statement to encourage interested people in considering helping them with their work and their cause:

No matter where you live in the United States, it directly affects your life, your family, your security, your local community, your economy, and your country. It’s a major societal issue, but it’s also a personal one.

But if you question it — the liberal policy of opening our borders and letting just anyone walk into our country — the liberal media accuse you of being racist and xenophobic.

The liberal media are so intent on pushing the leftist agenda that they don’t mind slandering you and other patriotic Americans who are concerned about the problems that come with unregulated, illegal immigration. Problems such as increased burdens on schools and hospitals, increased crime, and lowered wages for American workers who struggle to compete with the low cost of illegal laborers.

In just the past few weeks, the MRC’s NewsBusters has exposed:

This cannot continue. The media cannot cover up the truth about illegal immigration anymore.

The Media Research Center will not tolerate this hateful and dangerous propaganda. We are working to expose the liberal media’s blatant bias and call them out for demonizing everyday Americans.

But we need your help.

Support the MRC and help us get the truth out there! A $20 gift goes a long way in the fight against liberal media bias.