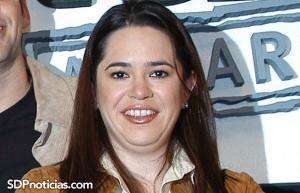 Obrador is the likely next president unless Carlos Salinas arranges for

his assassination or the computers that tabulate votes break again.

With a little more than one month to go until the Mexican presidential election, things are not looking good for Carlos Salinas – unless of course he steals the election, as he did when he became president.   Andre?s Manuel Lo?pez Obrador of Morena is leading the polls by more than 20 percent.

According to the Mexican publication Polemon,  and writer, Guadalupe Correa-Cabrera,”Mexican democracy could be in danger.”
“The specter of fraud appears on the eve of the presidential elections in Mexico.”

Manipulation of polls, dirty campaigning, attempts to influence voters by a powerful group of businessmen connected to Carlos Salinas de Gortari have been observed.

The closeness of Carlos to Jaime Rodríguez Calderón, “El Bronco”, who managed to get on the ballot and at best – with polls showing him at about 3 percent – a spoiler.

Carlos’ supposed meetings with heads of the establishment, as well as his murderous past, suggest he might take the election “in cold blood,” against the will of the people.

The second presidential debate was curious. Journalists Yuriria Sierra and León Krauze were moderators and it took place in the gymnasium of the Autonomous University of Baja California (UABC)  in Tijuana.

The selection of the moderators and the locale caused some to see this as an attempt by Salinas and his “power mafia” to create an unfair playing field for Obrador or worse. But it went off without incident.

Yuriria Sierra and León Krauze, the two moderators of the presidential debate.

Leon Krauze suggested possible Russian intervention in favor of Obrador with the goal of attacking the United States destabilizing the relationship of this country with Mexico.

The other moderator, Yuriria Sierra, has a direct connection to Salinas and possibly the sex slaver cult of NXIVM which Carlos Salinas’ son Emiliano Salinas Occelli has long been involved in. Linking to Frank Report, Polemon points out that Yuriria Sierra has been linked with NXIVM.

Yuriria Sierra – is she a useful idiot for Carlos Salinas?.

Emiliano Salinas was a member of the NXIVM board [and Vice President, in charge of ethics] until shortly after Keith Raniere, leader and founder of NXIVM, was arrested in March in Puerto Vallarta, where he was hiding, after having spent time in Monterrey, Nuevo León .

Raniere was deported to the United States and awaits trial, currently scheduled for October 1, for human trafficking and forced labor conspiracy.

Emiliano Salinas Occelli  was one of the main recruiters of NXIVM. Thousands of people, including sons and daughters of politicians and members of the business elite in Mexico joined. Among NXIVM Mexican clients are influential businessmen, children of former presidents, relatives of secretaries of state, prominent politicians and other key figures in public life in Mexico. Even Julián LeBarón and Javier Sicilia’s “Movement for Peace, Justice and Dignity” have been linked to NXIVM.

NXIVM has become a factor in the election because of Raniere’s closeness to Emiliano – who at one point referred to Raniere as his mentor and as a heroic man- and the level of penetration this company has among elite Mexican women.

There have been articles suggesting the influence on the political life of the country and the selection of its leaders.

If nothing else, the closeness of Carlos Salinas and son, Emiliano, with Sierra, one of the moderators of the second debate, is suspicious.

Sierra is the Mexican journalists who has had the most access to the ex-president and his family in recent years. Sierra reportedly was the only journalist invited to Emiliano’s wedding [Ludwika Paleta.]

In addition, there is evidence that suggests Raniere, and Emiliano Salinas, tried to lure four NXIVM ‘enemies’ of Raniere’s to Mexico to be imprisoned.  The four women were invited purportedly by Sierra who claimed she wanted to interview them about NXIVM at an anti cult conference.

Kristin Keeffe, Raniere’s legal liaison alleged Raniere and Salinas arranged to bribe a Mexican judge to order indictments of the women. Once they arrived in Mexico they would have been arrested and placed in a Mexican jail.

Keeffe said Raniere told her he expected the women would be raped and one, his ex-girlfriend, Toni Natalie, would crack under the pressure of incarceration and rape.

The entire Mexican plot allegation sounds fantastic, except for the fact that the women received emails in the name of Sierra inviting them to Mexico.

Did Sierrra send invitations to these women?  Or did Raniere/Salinas make a phony email account in her name?

Meantime, Raniere is in prison, awaiting trial. Emiliano Salinas decided to leave  NXIVM after 15 years.  Emiliano himself is likely under investigation in the USA.  While he  is above the law in Mexico, it is unclear whether Salinas is above the law in the US. Recently, NXIVM/ESP-Mexico denounced the acts of Raniere alleging ignorance of the facts. However, apparently, Emiliano and his sister Cecilia Salinas Occelli were aware of the accusations against Raniere.

Polemon adds  “I highly recommend the review of articles in these media related to the NXIVM case. Many other national and international media have covered the NXIVM case.

And “It is recommended to review especially the comments and analysis that mention the name of the Mexican communicator [Sierra] in the alleged conspiracy to kidnap the women on the website The Frank Report . This page was created by Frank R. Parlato Jr. , a businessman from ??Buffalo, New York, who came to establish close links with key players in the organization.”

The Direction of No Return: America’s descent into tyranny
Roger Stone: The Establishment’s War on the Truth