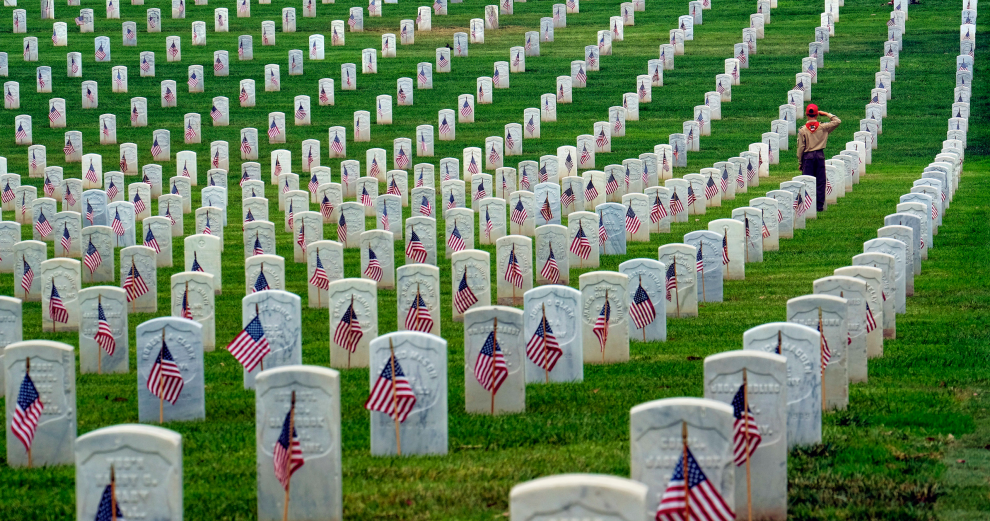 Memorial Day helps our nation focus on the ultimate sacrifice of untold numbers of fellow Americans – Americans who gave their lives in defense of our nation and its ideals.

As we honor those heroes next week, I’d like to draw your attention to Veterans Dayspeech given in 1985 by then-President Ronald Reagan. Much of his speech applies to the Memorial Day, especially this portion, which remains timely today:

And the living have a responsibility to remember the conditions that led to the wars in which our heroes died. Perhaps we can start by remembering this: that all of those who died for us and our country were, in one way or another, victims of a peace process that failed; victims of a decision to forget certain things; to forget, for instance, that the surest way to keep a peace going is to stay strong. Weakness, after all, is a temptation — it tempts the pugnacious to assert themselves — but strength is a declaration that cannot be misunderstood. Strength is a condition that declares actions have consequences. Strength is a prudent warning to the belligerent that aggression need not go unanswered.

We endanger the peace and confuse all issues when we obscure the truth; when we refuse to name an act for what it is; when we refuse to see the obvious and seek safety in Almighty. Peace is only maintained and won by those who have clear eyes and brave minds.

I’d like to think many Americans have “clear eyes and brave minds” and these patriots desire the same qualities in our political and judicial leaders. It certainly reflects Judicial Watch’s modest approach to our efforts.

Have a safe and blessed Memorial Day!

THE FAKE NEWS OF SHELBY HOLLIDAY AND THE WALL STREET JOURNAL
Federal Agency Known for Fraud, Waste Finances Own Attacks