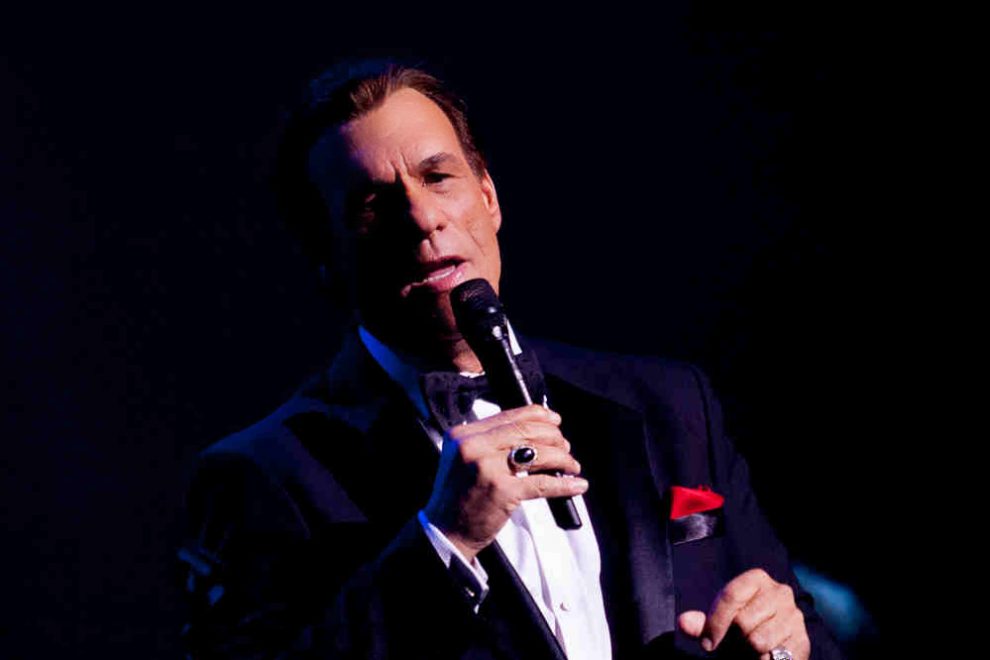 By Craig S. Semon
MASHANTUCKET, Conn. _ Start spreading the news, veteran character actor and one-time James Bond villain Robert Davi is one hell of a singer.
Following the Sinatra tradition, not only does Davi have the soul and the swagger of the Chairman of the Board, sometimes, he sounds like a dead-ringer for Ol’ Blue Eyes.
Coming out last Saturday night at Foxwoods Resort Casino’s Fox Theater to a lavishly orchestrated version of John Barry’s incomparable James Bond theme, Davi (who played ruthless Colombian drug lord Sanchez in the most underrated Bond film of all time, “Licensed to Kill,” opposite Timothy Dalton as 007) still looks worthy to be a Bond adversary.
Wearing a black tux and tie, Davi took the appreciative audience on a whirlwind tour of the “Great American Songbook” (or what Davi called “Shakespeare for America”) and Sinatra –associated standards. Backed by a 22-piece, piping hot swing band led by Grammy Award-winning pianist, arranger, composer and conductor Randy Waldman, Davi opened with Harold Arlen/Ted Koehler classic, “I’ve Got the World On a String” and it was quite evident from the get-go he had the audience in the palm of his hand. After a playful rendition of Hoagy Carmichael/Johnny Mercer’s “How Little We Know,” the Astoria, Queens, New York-native gave the audience the big reveal. He wasn’t performing his usual 100 percent. While it was more noticeable to him internally than to the crowd, Davi was wrestling with a bout of something he caught on the plane from Los Angeles (piloted by Auric Goldfinger, perhaps?). If he said copter, I would have guessed Davi caught a chill from sitting in the gunner’s seat like he did in “Die Hard”.
Davi mentioned that two hours before show time he sounded like Kermit the Frog and not in a good way (even though the beloved Muppet did sing “Being Green,” which was later recorded by Sinatra).
It turns out that Saturday night was the first time in several years Davi got sick to the point that it threatened him to cancel a performance. Instead of pulling the plug, however, Davi begged the audience for their indulgences and made a promise to sing his heart out, which he did. “I’m going to forged on because I’m a thick-headed Sicilian,” Davi declared to the sound of thunderous applause.
When it comes to singing, the broad-shouldered, movie heavy is no slouch.
The critically praised 2011 album “Davi Sings Sinatra: On The Road To Romance” cracked the Top 10 on Billboard’s traditional jazz chart. 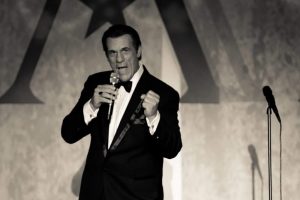 Onstage, Davi casts a commanding, almost menacing presence. That is, until he starts to sing.

And these aren’t numbers that you can go out on stage and just wing. These are treasured classics that you need to have the pipes and the discipline to perform. And Davi has both in spades.
Carrying the rich bel canto tradition of Sinatra and Tony Bennett, Davi’s sophisticated phrasing resonates with deep feeling and meaning. And Waldman (who has worked with Sinatra, Streisand, Beyoncé, Madonna plus many others) is obviously well-versed in the school of Nelson Riddle and Billy May lavish arrangements.
When Davi effortlessly unleashes his powerful pipes, the audience knew that they were in the presence of a singular talent that has a deep understanding and appreciation for the material.
If there was any doubt that Davi could sing (and should continue despite being under the weather), he totally dispelled both those worries with the evening’s third number, “Always on My Mind”. While he didn’t outdo Elvis (who could?), Davi’s rich and supple rendition was certainly as good as The King’s original.
Davi also did Sinatra’s fellow Rat Packers Dean Martin and Sammy Davis Jr. proud, singing in both Italian and English on the romantic romp, “On An Evening in Roma (Sott’er Celo De Roma)” and doing some method acting on “Mr. Bojangles,” respectively.
Despite battling a bug, Davi belted out “For Once in my Life,” a song often associated with Stevie Wonder (and also recorded by Sinatra) and Davi’s was nobody’s fool on Stephen Sondheim’s “Send in the Clowns” done alongside guitarist Brian Koonin’s subtle acoustic accompaniment. 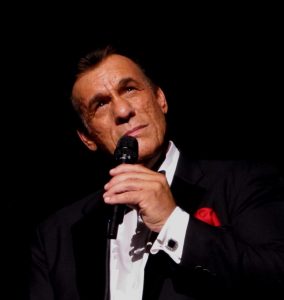 While his voice was noticeably a little raspy in a few spots, it added to the intensity and the heart of the lyrics, especially on Roger Miller’s immortal vagabond travelogue “King of the Road”.
Davi ended the main set with the one-two punch of Sinatra showstoppers “That’s Life” and “My Way,” both of which he embraced the words for all its worth.
For his encore, Davi dusted off another Hoagy Carmichael classic “I Get Along Without You Very Well (Except Sometimes)” and walked into the audience for a sing-along with the crowd of the “Evil Empire” anthem, “New York, New York.”
If this wasn’t his A-Game, Davi must be an unstoppable force of nature when he’s performing at 100 percent.

Federal Agency Known for Fraud, Waste Finances Own Attacks
Not So Fast, Trump Haters – The President Will Get a Deal with North Korea Done
Comment