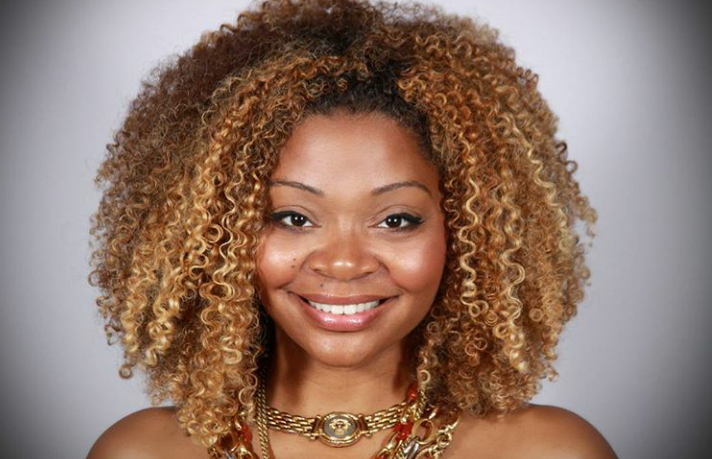 Very often it happens when someone is arrested it makes the front page and when the case is dismissed it is either not reported or buried somewhere in the back of the paper.

Such will not be the case with Denise Scott Mejia. Yes, she was arrested on September 25, 2017 and it made headlines in all the local media.

Here is her story:

Better known to folks around here as Dee Scott, she grew up on 10 St. in downtown Niagara Falls. She graduated from Lasalle High in 1993. She later graduated from the University of Pittsburg with a degree in neuro science and psychology.

In 2010, Dee returned to Niagara Falls because her mother was ill. Dee and her son moved in with her, back to the home she grew up in. She went to work at Seneca Niagara Casino as a dealer. Later she was promoted to a Dual Rate Supervisor. She works there still. Her mother died in 2013.

Dee became a writer in her spare time and has written six books; her most popular being “Stay In Your Lane,” available on Amazon.  Her 7th book “A Black Girl’s Book of Shadows” is about to be published.

In 2014, she launched her own weekly radio show on Blogtalkradio.com – called ‘Stay in Your Lane” and attracted an audience that includes a fan base in the USA and the United Kingdom and elsewhere. Her shows focuses on current events and mental health. She has done more than 200 episodes.

In September 2016, Dee was appointed to a term on the Niagara Falls Human Rights Commission. And just for the record, she had never been arrested before.

The genesis of her arrest might be that she lives in a high crime neighborhood. It has also to do with a gun. Because her house had been targeted by burglars and vandals, she bought a Mossberg 12 gauge shotgun. She wanted to be able to protect her son and herself in case of a home invasion.

In January, she decided to come out with a clothing line and hired an old family friend, who, for purposes of this story, we will call “Freddie.”  Freddie worked with Dee from January to July 2017, when Dee closed down the company. After Freddie was laid off, Dee received mail concerning Freddie’s prior employment and, on a day she had off from work – she decided to drop the mail off to him. From there, she planned to go to a store to buy a hard case for her shotgun.

She took the rifle with her. She foolishly forgot to unload the gun of buckshot. Dee drove down the alley behind Pierce Ave where the driveway was to Freddie’s house. There was Freddie’s old Lexus, with windows broken after vandals smashed it, in the driveway.

When she walked up the driveway, she saw a man looking out the window. She thought it was Freddie. She went to her jeep and got her gun to show him. The barrel was pointing downward toward the ground as it should be when carrying a gun and it accidentally discharged a single shot into the gravel driveway. The force of the kickback caused the gun’s barrel to rise in the air.

She was startled. Very shook up. She placed the gun in her car. Seeing the man in the window was not Freddie, she left. It was lamentable that a gun discharged and buckshot went into gravel, but it was not an act of violence. It was an accident. She harmed no one. So she thought she was free to go home and compose herself.

The sound of gunfire prompted a call to police. The nearby elementary school was locked down. They thought there was an active shooter.

She was driving down Main Street on her way home. Police pulled her over. Four or five police cars were on the scene and surrounded the car with guns drawn. They handcuffed her and put her in back of the police car. Searched her car. Her gun was on the front seat.

She was crying.  She told them,  ”I taught my son gun safety and here I go and have this accident.” That may be where they got the notion she said her son loaded the gun.  That’s not what she meant.

She was arrested and spent the night in jail, charged with first degree reckless endangerment – a felony.

Police made their report and it was available to the media – that witnesses said a female suspect fired a shotgun once into the rear of what appeared to be an abandoned, older model Lexus automobile. And after firing into the car, witnesses said, Dee, “aimed the shotgun up towards the second floor of a nearby building and attempted to fire another round.” But the gun did not fire.

The media reported that Dee “told arresting officers that ‘her son had loaded the gun for her and that it just went off while she had it in her possession.’”

From an accidental discharge into gravel, the story became fictionalized into her firing into a car, then trying to fire into a second story window, and blaming the gun being loaded on her son.

She appeared in court for her arraignment. The prosecutor argued for high bail. She was a dangerous woman. When it was argued that she did not make contact with Freddie, the prosecutor spun it and said, “yeah, I would not have any contact with her either – she tried to shoot him.”

Following, her arrest, the story got better and better – or worse and worse – depending on your perspective. News reports said, “Investigators said the damaged car belonged to Mejia’s ex-boyfriend and that they are treating the incident as domestic violence related. Detectives did not say what may have specifically triggered the shooting.”

The story grew worse on social media. It went from her shooting into her boyfriend’s empty car, to “she ran up in a car with a man sitting in it and tried to shoot him.”

While on bail, a lot of other things changed for her. She did not go to her usual coffee shop. She switched grocery stores to avoid people talking. She was in constant fear that someone would take her child. She shut down her companies because she had to focus on the trial and keeping her job.

In the meantime, Freddie went to the DA and told them he was not home that day, but he never had a problem with Dee. They were close family friends; she had no reason, he believed, to want to shoot him. They remain friends to this day.

Freddie’s insurance company verified the car was not shot by Dee. Freddie had already made a claim for the vandalized car, including broken windows – and they gave the DA pictures taken a month before the gun discharge occurred.

Dee’s attorneys ran ballistics on the shotgun. Tests showed there was nothing wrong with the gun.  If she had wanted to fire a second shot, as alleged, it could have been fired.

Unable to prove it was anything other than an accidental gun discharge, the prosecutor struck a plea deal with Dee – disorderly conduct.

On April 24, 2018, after seven long months, the case was concluded. That was a month ago and to date – as far as I know – no one has reported that felony charges against her were dismissed.

So that’s the story. It may not be important. But we put on the front page for that’s where it belongs.

As for the moral of the story. The obvious one is don’t carry a loaded gun. But isn’t there another moral? About how a person could make a mistake and because of whatever we are – whatever we have become, our society is quick to assume the worst and wish to punish and seek to ruin. That was almost the case with Denise Dee Scott Mejia.

But there was no mens rea – no criminal mind] no attempt at hurting anyone. She got hurt pretty good nevertheless.

She had intended during her day off at work to get a case for her gun and enjoy a day of relaxation. Instead what followed was seven months of hell. And perhaps now that the public knows that the case was essentially dismissed with only a disorderly conduct – now perhaps the healing can begin.