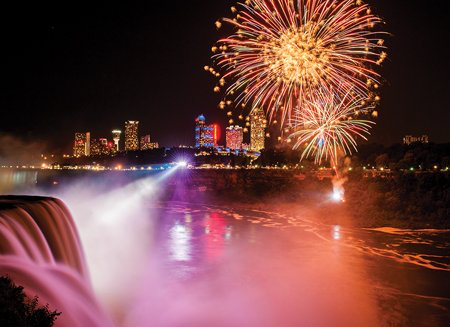 On Wednesday, May 9, the City Council voted unanimously to not fund Independence Day fireworks at Hyde Park. While all five of us voted the same way, we each had our own reasons for the vote, and I can only speak for myself, so please do not take anything I write here to be representative of the sentiments of the other four council members.

I voted against the fireworks for a multitude of reasons, as I stated elsewhere.

This event creates incredible litter, which the good folks at our DPW need to clean up afterwards. Lots and lots of litter. And some property damage.

This event costs a lot of money, in a city where money is tight and where massive expense cuts need to be made.

This event, despite the disappointment expressed by some over the council’s vote, had a tremendous amount of people against it for reasons stated above.

And lastly, Niagara Falls residents are not exactly fireworks starved. There are an abundance of fireworks displays in the city and the surrounding areas. If you want to see fireworks, you can see fireworks.

When Key Bank and the Niagara Falls PAL stepped in, it was a great example of the private sector doing something for the benefit of the community. As much as some politicians like to demonize businesses, there are countless examples every day of businesses helping their communities in so many ways.

The private sector, both for-profit and not-for-profit, regularly steps up to the plate and funds things that government advocates often want the government to fund.

Even the employees of these companies help their communities. Sometimes this is through volunteer efforts, often encouraged by their employers.

But employees also serve their communities while getting paid to do so. For instance, if a young person has two choices, one is to volunteer for the Peace Corps, a noble effort to be sure, or wait tables at a local restaurant (for wages and tips), aren’t both choices serving the public? If someone works in a local manufacturing plant, or if they deliver their community newspaper, aren’t they serving the public, even while getting paid to do so?

I don’t mean to diminish the incredible accomplishments of volunteers and the organizations that deploy volunteers to make the world a better place. I’m merely pointing out that there are many more people and organizations who serve humanity in the course of their business or employment. Doctors serve humanity, as do police officers, as do waitresses.

Every day, we are being served by countless people, many of them being paid to do so, and that’s a good thing. The public sector, the government, could learn much from these people and organizations, and we should be partnering with them as much as possible, the Hyde Park fireworks being just one tiny example.

In a budget-stressed city like Niagara Falls, we should be looking to the private sector to fulfill needs. The Hyde Park golf course is a possible example of this, as I’ve expressed in a previous column.

So the fireworks show will go on, funded by Key Bank. Sure, the city will incur some costs related to post-event clean-up and beefed up policing the night of the fireworks, but we would have incurred those costs if the city was paying for the fireworks. So for all the complaining about our vote, the council saved the city $25,000 and yet the fireworks will happen anyway.

Now the city needs to find other ways to foster private enterprises to take on things that city government used to handle.

Chris Voccio is a Republican Niagara Falls City Council member and can be reached at ChrisVoccio@gmail.com.

Pat Boone: Weapons of Cash Destruction
The Battle Over Illegal Immigration Will Be Won or Lost with Employers