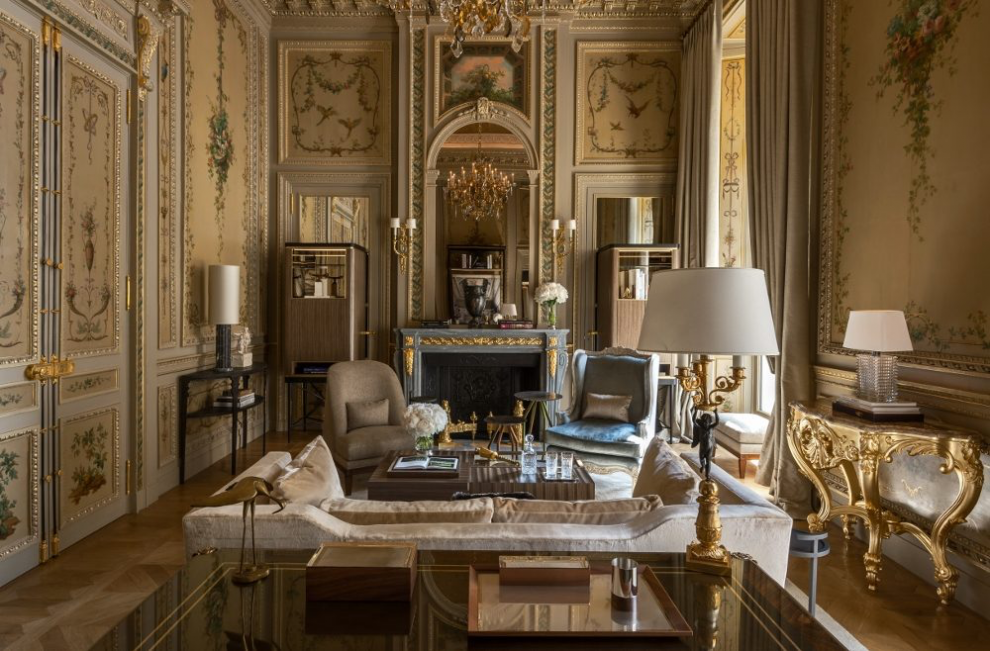 In addition to providing his insider tips and guidance on the best way to experience Paris, Perrotin will also curate one of the hotel’s Ateliers de’Artistes suites with personally selected pieces, including a delicate sculpture by Klara Kristalova, photographs by Sophie Calle, and a colourful Takashi Murakami painting, among others.  Nestled under the mansard roof, the Ateliers d’Artistes are located on the seventh and loftiest floor of the hotel, providing guests with a dazzling experience under the skies of Paris. Perrotin’s curated suite, entitled “La Suite du Poète” will launch in September for a limited time only, offering a completely unique, artist-inspired stay in the City of Light.

Born and raised in Paris, France, Perrotin developed an intense passion for art at an early age and assumed his first professional role as an assistant in a local art gallery at age 17 before founding his own gallery just four years later.  As his career evolved, Perrotin began traveling the world to find the industry’s next talents and participate in international art fairs.

With a flagship gallery in the bustling Marais neighborhood of Paris, Perrotin still calls the City of Light his home. When he isn’t traveling the world to attend various openings and art fairs, Perrotin takes advantage of the many marvels his hometown has to offer.  As the Curator for Hôtel de Crillon, A Rosewood Hotel, Perrotin shares his favorite ways to enjoy all that the capital city has to offer.

Perrotin prefers to explore Paris on foot or by bike, which he advises are the best ways to discover the city’s new restaurants, hidden museums, and quirky shops. Though Perrotin acknowledges that many travelers will be drawn to the city’s signature art establishments, such as Le Centre Pompidou, le Palais de Tokyo, and le Musee Picasso, he recommends visitors make time for the lesser known institutions, particularly le Musée Guimet, la Grande Galerie de l’Evolution, and the Musée de la Chasse, which feature unique exhibits and eccentric details that allow for continual discovery, even upon a second or third visit.

When it comes to cuisine, Perrotin is adventurous in his approach and suggests travelers try all kinds of eateries.  For healthier fare, he recommends Wild & the Moon and for comfort food he suggests Rachel’s, both located in the Marais neighborhood.  Travelers looking for very traditional French food should not miss Ma Bourgogne on Place des Vosges.  After a full day of exploring the city’s wonders, Perrotin recommends setting aside time to relax. In Paris, he is partial to the Sense, A Rosewood Spa at Hôtel de Crillon, A Rosewood Hotel.

“Paris is a magnificent center of eternal exploration and profound beauty. Although it may be the busy capital of French life, the city makes its sites accessible to both locals and visitors, which makes it so approachable, livable, and rich in character,” says Perrotin. “Paris will always be my home and I am passionate about continually uncovering its hidden treasures and sharing my discoveries.”

Perrotin’s complete Curator interview, including his destination and travel tips, can be found on Rosewood Conversations, the brand’s new online travel digital platform.

Fronted by the majestic architecture of Ange-Jacques Gabriel, Hôtel de Crillon, A Rosewood Hotel overlooks the spectacular Place de la Concorde, one of the most beautiful city squares in the world.  Built at Louis XV’s request, the hotel became the residence of the illustrious Count de Crillon and his family for many years and was transformed into a hotel in 1909 under the guidance of architect Walter-André Destailleur. Since then, its guest list has featured celebrities, politicians, artists, princes and queens, all attracted to the hotel’s unique and perennial reputation for excellence. Hôtel de Crillon has long since secured its iconic status as a one-of-a-kind property, a living testament to the very best way of life France has to offer. Following a four-year transformation, the hotel opened in 2017 and now boasts 124 guestrooms and suites, four restaurants, Sense, A Rosewood Spa, a newly created swimming pool, three heritage landmark salons for meetings and functions, and more.