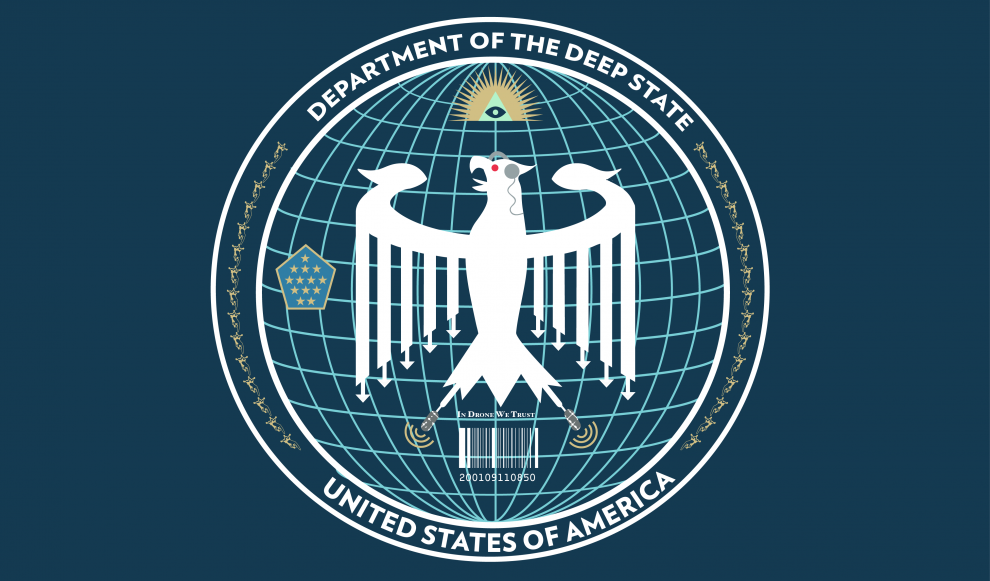 There exists an internet gang that masquerades as champions of truth and patriotism in need of unveiling, which I intend to do through a series of articles.

I do so, however, reluctantly. Since, I, recognize how their bad acts can be twisted to make this revelation appear to be self-serving.

But I can think of no better way than to come about learning of their existence, motive and misinformation tactics when, like other veteran rights advocates, like John Kerry, whose political views are certainly not shared by me, we turn out we share in common their enmity for our defending veteran’s benefits.

Both of us were targeted by misinformation and fabrication of evidence being dealt out by what a private investigator and Marine Corps veteran, Sam McCloud, calls “Stolen Valor Vultures.”

McCloud took on and exposed this Internet group’s abuses in the 1990’s.

In my own situation, the claims made by these ministers of misinformation (that end up being repeated by them under various alias on the Internet rather convincingly), were determined to be falsehoods in various legal proceedings that include the cause of action of libel and slander;Frank Dux vs. Soldier of Fortune Magazine, et al, case No. B19883, Superior Court, County of Los Angeles.

Unfortunately, the outcome in a Court of Public Opinion is not determined by the evidence or lack of it. But instead, by how many times a lie can be repeated to cause it to be accepted as true as prescribed in Principles of Propaganda written by Nazi Propagandist Joseph Goebbels.

Goebbels’ propaganda warfare that includes threats and acts of physical violence are adopted and employed by the Stolen Valor Vulture, as well.

This is not just some “Useful Idiot” that would otherwise be in the worst case scenario perceived to be well intentioned “Internet vigilante;” with them having publicly justified their outrageous acts by expressing and propagating the belief proper legal forms of criminal investigation and punishment are nonexistent, insufficient, or inefficient.

Stolen Valor Vultures are not some run of the mil cyber bully that hide behind the excuse of being a makeshift fix to an obvious break in the system.

They conspire and act in unison, to unduly enrich themselves.

They deal out suffering and are responsible for murder suicide of veterans.

They act indifferent to the truth without remorse.

They boast of having a body count while the FBI and other forms of law enforcement look on, indifferent, perhaps swayed by their past military charisma and the break in the system argument.

The true danger, however, lies not with them or their vigilante style activities but violation of the Posse Comitatus Act in the United States.

My findings indicate that in the mid 1990’s an orchestrated psychological military warfare proxy operation took place and was carried out against US citizens on US soil by US military personel.

The operation was no different than how this sort of Presidential ordered “black op” had been conducted against Dr. Martin Luther King, where the FBI sought to use useful idiots and media to discredit his voice of dissent with regards to the anti-Vietnam war movement.

The Federal Bureau of Investigation going so far as having had attempted to blackmail the peace / civil rights activist while also threatened Dr. King with death shortly before his assassination.  Believed to have made good on its threat.

My research indicates the mission objective in the case of the Stolen Valor mission is to make use of useful idiots by which to trivialize veteran complaints responsible for arousing mass attention and sentiment for causes, like PTSD and Agent Orange.

In addition, obfuscate dereliction of duty, corruption and violations of authority committed under the color of authority by US military, as well.

The Psych-War misinformation tactic employed is simply based upon the principle of guilt through association.

A “target’s” dissenting voice is associated in with a bastion of mentally disturbed individuals, conspiracy nuts, phony veterans and non-veterans all “crying wolf” as being exposed in great numbers by Stolen Valor Vultures.

This is why at first glance, Stolen Valor Vultures seemingly provide a noble service in ousting those who embellish past military service as well as those civilians that never served posing as active or former combat veterans or members of elite units.

The George W. Bush Administration whether deserved or not, nonetheless, now appears to have taken on the appearance of being anti-Veteran, complicit and underhanded in having aided, abetted and rewarded Stolen Valor Vulture, B. G. Burkett, for this aforementioned purpose.

It’s controversial and sensational claims makes him rich and proved to be a valuable political tool used in an effort to reverse the previous Presidential administrations VA decision to treat and provide financial assistance benefits for veterans affected by PTSD and Environmental injuries, like Agent Orange, contaminated water systems on Naval vessels, asbestos, etc.

The believed to be puppet masters of the Deep State and major contributors to the Bush family political machine is Big Pharma/Medical/ Insurance Conglomerates.

Not overlooking the Industrial War Complex and Large Chemical Companies also invariably affected by the VA decision that makes it unable for them to continue to sell to the military Agent Orange and chemicals that threaten the long-term health needs of veterans, the medical, big pharma, and insurance sales industry endured a noticeable loss in their revenue stream, as a result of the decision.

This loss is attributable to the fact veterans were no longer forced to look to and pay for private medical care and health insurance to meet their health needs being denied them as had incurred during and post Vietnam era.

This is when PTSD and Agent Orange went unacknowledged and untreated by the Veteran’s Administration, forcing veterans and their families to look outside the VA system for assistance for a military related injury.

Entire families saw their childhood homes, farms and inheritances sold off in their transference of wealth to “Big Pharma/ Medical/ Insurance Industry” in the pursuit of treatment of such ailments.

Attempting to trivialize the large scale medical crisis, the Dallas stockbroker, B.G. Burkett, claims in his book to have swallowed an Agent Orange 8 oz cocktail to be part of some elite group in Vietnam. He seeks to minimize the VA decision regards to PTSD and harmful effects of Agent Orange.

B.G. Burkett ended up awarded the Presidential Service Award by George W. Bush for his self published un-vetted book, entitled: Stolen Valor: War Stories and Other Lies that is compilation ofmisinformation, disinformation and outright lies being used to add an air of legitimacy to the Bush era proposals of cutting if not minimizing VA benefits for PTSD and Agent Orange.

Being one of the ringleaders in propagating the Swift Boat lies that torpedoed President Kerry bid for the Presidency as well as his seemingly attempting to diminish veterans benefits, Stolen Valor Vulture, B.G. Burkett, is dubbed the “Minister of Misinformation” by members of the Vietnam Veterans Group, VVAW. 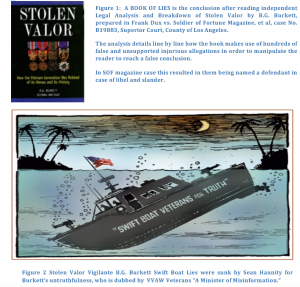 Phony Russia Gate, Roger Stone & the lies of Randy Credico
DOUBLE STANDARD: CNN, MSM NOW CARE ABOUT THE SUBSTANCE OF LEAKS, AND NOT THE LEAKING ITSELF.
Comment