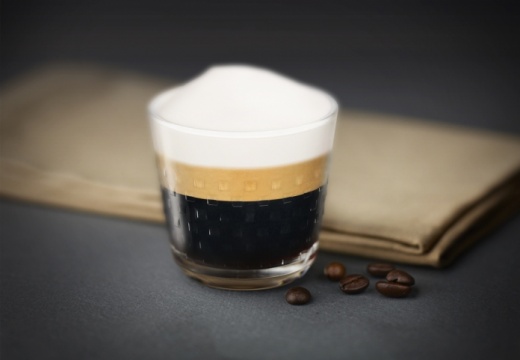 Starbucks has made an effort to improve the social fabric of New America by allowing anyone the right to occupy space in their public outlets regardless of whether they are “paying customers” or people who come there for the ambiance and use of tables, bathrooms etc. – even if they don’t purchase products. It is a good start toward the New American vision of non-monetary exchange that celebrates value as humanity and not cash. It is recognition that the content of people, not the content of their wallets is what marks the New American vision of a service industry wherein it is a joy and a privilege for she who is served and she who serves.

Still this recent arrangement of the grant of interest in Starbuck spaces could foster a micro aggressive form of economic discrimination. Starbucks has agreed to provide temporary space with no expectation of extracting from people, called in our ignominious capitalistic society as ‘customers.’

With the provision of free heat, and air conditioning, seating and restrooms [i.e temporary shelter] in their 8,000 locations across the country, they have taken the first bold step to eradicate our money-first, people-second driven society. 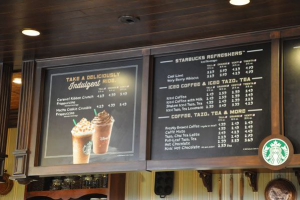 Lower income people, disproportionately minority, visit Starbucks, and while they have access to free tables and restrooms – many cannot afford the above.

Starbucks recent [and worthy] move to permit paying customers to seat themselves alongside non-paying customers only serves to magnify the disparity, proving the time-honored principle that with every gain there is also somewhere a setback.

Starbucks has always been an elitist coffeehouse, a haven for hypocritical, sanctimonious white liberals who want to have their coffee and drink it too. Customers will sit by, and swallow Caramel Macchatos at prices non-customers who utilize Starbucks spaces may not be able to afford should they wish to become customers. Many future non-customers who utilize Starbucks spaces might actually obviously enjoy a Caramel Macchatos just as much as the elitist customers if they could afford the steep prices.

Starbucks can claim they are pioneers that made the first bold step in granting possessory rights to “non customers” in the fetid and ugly history of Old American retail, but how far are they prepared to embrace social equality and social justice? Until they do more about making products accessible to the poor, it is talk and nothing else.

At the very least, Starbucks needs to offer pricing based on ability to pay. [I would not object if Starbucks had a donations jar to help defray costs. Elitists will think nothing of handing over a few of their ill-gotten coins to support this effort].

In addition to Starbucks creating new socioeconomic, neutral, safe spaces, they can show their commitment to the New American equality and accessibility for all. Starbucks CEO Kevin Johnson should recognize the perceived slight that socio-economically disadvantaged individuals feel who prefer to use Starbucks spaces and oftentimes consume nothing – but not from an unwillingness to pay. When they don’t have money, and they watch others sip Pumpkin Spice Frappucinos which they cannot afford, this in itself creates grave potential social injustice mirroring greater Old America and its worst predatory practices.

Starbucks is not an establishment like others that excludes non-paying customers. This was a small step in furtherance of the nullification of oppressive patriarchal Old American capitalism and its founding ideals rooted in slavery of women and people of color. The fact that Starbucks charges people the same prices for their products regardless of ability to pay is extreme white elitist discrimination, rooted in oppression, racism and gender denigration. #freemachiato.