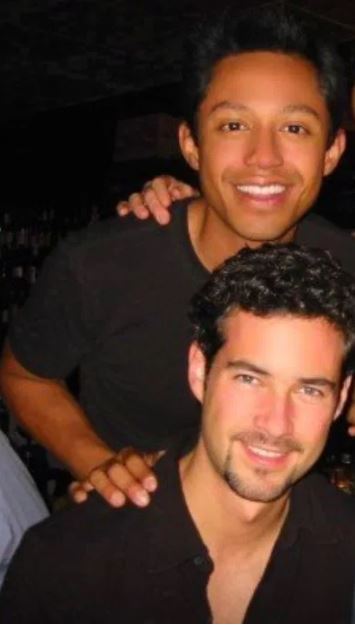 Part 10 of the secretly recorded phone conversation in August 2017 between Toni Zarattini and Emiliano Salinas.  After explaining to Toni Zarattini about how Anthony Ames created a row at Coach Summit in May 2017 and how Sarah Edmondson quietly left NXIVM, Emiliano  explained the role the Frank Report had and how he claimed it appeared Mark Vicente and Sarah Edmondson were in cahoots with Frank Report and possibly Barbara Bouchey to extort Salinas – a bullshit claim. [My explanatory comments in bold].

Emiliano Salinas [ES] … By this time Frank [Parlato] was already reporting everything, right? I got in [online on Frank Report] and I saw what he was saying about the group of women [DOS slaves] that there was some kind of woman abuse, and sex trafficking, and everything that it [Frank Report] says. [This conversation took place on August 2017 – and you have to admit I nailed the sex trafficking long before the feds charged Raniere and months before the NY Times had their story].

Toni Zarattini [TZ]: All the shit that´s written there [on Frank Report].

ES: And the truth is that one day I get into the Frank Report and basically I find myself involved [written about on Frank Report]. He was messing with my marriage, talking about my family, questioning my fatherhood, wondering if my children were Keith’s – with all that implies – that they were an experiment of Keith’s to create a super Mexican, talking about my wife’s shit, practically saying that she is a whore, putting together a theme of ‘what if I was really married to Alex,’ if my relationship with Mika [Ludwika Paleta, his wife] was a good screen. Well I mean –

ES: Pure scum and in the same article that he had written a day before, he was exonerating Mark [Vicente]and Sarah [Edmonsdon] of anything. Saying all ESP was crap, all they [NXIVM] are doing is sinister and is evil, blah blah blah blah and that Sara and Mark were doing good because they, when they realized this, they left and closed Vancouver ESP Center and Los Angeles Center and he applauded them for that. So, I said ‘No. I do not have anything to talk to Sarah about. If the same guy [Frank Parlato] who is destroying my family and my reputation is exonerating her and Mark, well, definitely, I already know where this is coming from.’

ES: So, what this guy [Parlato] posts is very exaggerated, is distorted and it looks very badly written. For me, it has no credibility. You know what is the worst, and what is also a strategy that is known, it’s not a house recipe, or a secret, it is a well-known strategy, but it is a very effective strategy: You say something that has certain grains of truth and then you add everything you want, and the people who read it will tell you, ‘but at least that is true, at least I know that little piece of it is true,’ then you know that it makes everything else look, if not true, at least possible. It makes everything else possible, and that is ‘plant a doubt’ that you never, ever get out of your head. We see it in the module of Pride and Prejudice [Raniere lesson] and that is precisely what it is [the Frank Report does]: to speak with dishonor when you manage to put something in the Internal Representation of someone especially if you can link it with something that the person knows is true. You can put all the shit  you want in the Internal Representation of that person and you’re never going to take it out. Nobody is going to take it out, so then it turns out to be not that some people are not happy or satisfied, it’s a personal attack. Then I have information that these same people [Vicente, Edmondson]searched for Barbara Bouchey and are now working with Barbara Bouchey [Former NXIVM member who quit in 2009 and was sued by Raniere and Bronfman repeatedly] and with all that group that is extorting us, and now those are their instruments to carry out their extortion. And this is not something I’m saying, I’m telling you that this is [what we learned] in previous investigations in several countries.

[This of course is a lie Salinas is saying. Barbara Bouchey was not extorting NXIVM in 2017. She quit in 2009 and was trying her best to avoid NXIVM. It was Raniere who was pursuing her – suing her repeatedly. She was not working with Sarah or Mark or for that matter myself. She was merely trying to get on with her life. This is the true sinister nature of NXIVM, Raniere and Salinas. They lie at will. They attack other human beings and then claim that the people they attack are attacking them. It is dark and evil. And I am so proud that Emiliano got a taste of his own medicine via my Frank Report. There is a difference however: What I wrote about Salinas is true.]