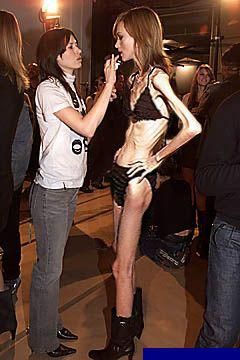 Part 7 of the secretly recorded phone conversation in August 2017 between Toni Zarattini and Emiliano Salinas.

Emiliano now begins to explain why collateral is helpful for women who are starving themselves under Keith Raniere.

Emiliano Salinas [ES:] Well, it interests me [that Toni Zarattini did not see anything bad with NXIVM before he found out about the branding and blackmail/collateral], because…   it requires strength to be able to not to contaminate everything [good] from the past, right?

TZ: Right, I’m trying not to do that because it’s horrible to destroy everything good. I do not want to do that. I’d like to stop doing that.

ES: Well, let me give you my perspective and, if it’s OK with you, to see where our perspectives agree and where they may not agree, and see how we can have a more objective perspective on this issue. My perspective in some ways matches yours and in other ways, it does not. I’m going to tell you where this started for me. About three years ago, a friend in ESP, with whom I  shared a lot, enough in the sense that she could see, for example, that I knew she had problems – dysfunctional problems – with her food, right? In other words, I knew her long enough to see that suddenly she was drastically gaining weight suddenly, then losing weight quickly and struggling a lot with that [her weight]. Then suddenly I started to see, and for several months saw, she was stable [remaining super skinny]. It seemed finally she had turned that [weight] issue [of being super thin as Raniere requires] around. Then one day, talking to her, I said, ‘Hey I’m glad to see that you’ve been able to turn around this topic [staying emaciated as Raniere demands] that you’ve struggled with for years.’ We all have issues. You can take [control] and you never see the problem again and other issues, you can get 200 EMs [NXIVM Exploration of Meaning Therapy – cost $100 per session] and the problem is still there, right? It’s our issue. And I knew this was one issue for this woman.

ES: And she told me. ‘the truth is that, yes, there have been several months in which I haven’t broken my word [about not eating too much], in which I have been able to sustain myself in that there is no tantrum that is worth it, no reaction or no anxiety reaction that would make me pounce over the box of cookies as I did before.’

I said, ‘that’s so cool. It gives me great pleasure,’ and she told me, ‘I’m going to tell you what I did, because I think it’s a little radical, but it worked.’

I asked, ‘what did you do?’ She tells me, ‘There came a moment when I hit bottom and said its impossible [to stay emaciated]. There is no way I can hold my word. I cannot believe that with everything I have, with everything I learned [from NXIVM], with what matters to me [staying super skinny]. I mean this is my life and I can’t sustain my word.’  Then she said, ‘what I did was put a consequence [collateral] that would insure that I was not going to break my word. And I started to think, “What could hurt me the most in my life?” And I came to the conclusion that what would hurt me most in life is to cause shame or disgrace to my family and what I decided to do was film myself.’ She made a video that was a sexual video of her with herself [masturbating]. I did not see it, of course, but what she told me is she filmed herself in a video and then she told me, ‘if this came out publicly this would be devastating for my family’ and only to think about it, she would never do anything [like eating cookies] that could make that happen or even take the risk of that happening. When she made the video, she gave it to a friend and told her friend, ‘if I go back to breaking my word about this, [over eating] you have my authorization to upload this video to social networks.’ She said, ‘fuck, I almost died when I did it. I mean I told myself, “no way you just did this,” but I tried everything and nothing worked’. And from that moment she did not break her word again.

ES: That’s something I knew because she told me about it three years ago and-

The old gang is fast disappearing in Clifton Park – and what about the wedding of Michelle Salzman and Ben Meyers
Monte Blu: You don’t understand what really happened: Illuminati, clones and murder shut down sex slave cult of NXIVM & caused arrest of Raniere
Comment