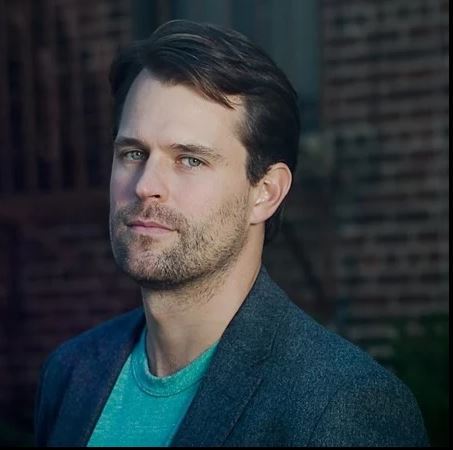 Part 9 of the secretly recorded phone conversation in August 2017 between Toni Zarattini and Emiliano Salinas. [My explanatory comments are in bold]. Emiliano Salinas explains to Zarattini how things fell apart at the Coach Summit May 2017 in Albany, which he could not attend, because his twins were being born in San Diego.

Emiliano Salinas [ES]. Then for the Coach Summit – I’m in San Diego – I’m telling [NXIVM High Rank] I’m not going to go to the Summit. I’m introducing Sebastian, my son. [Born from a surrogate mother in San Diego].

Toni Zarattini [TZ] : Yes, I was there [at Coach Summit]. I was there.

ES: I introduce Sebastian. I will not be able to go [to Coach Summit]. The idea was to announce that Mark [Vicente; who quit because of the branding] was leaving the organization and Omar [Boone, a High Rank {Green sash} who runs Monterrey Center under Emiliano] was going to be [promoted to become] a member of the [NXIVM] Executive Board [to replace Mark]. But, up to that point, honestly, I knew Mark had been having a lot of issues for more than a year, issues that, from my perspective, had not been resolved. But what I understood was that Mark had finally decided not to continue [with NXIVM] and do something else. The idea [at Coach Summit] was to pay tribute to Mark and we also did not regret giving tribute. From our [NXIVM] perspective, I want to say, this was still a friendly topic. Mark was [to be] given tribute. We [were planning to] introduce Omar as a member of the board.

Then, the next day, I was still in San Diego, and they tell me, an additional point in the chat of the Greens [Sash].  They suddenly posted, ‘we are setting a meeting with the Greens, to have lunch at the Thai Sushi.’ This was a meeting to agree on things for the Summit and other stuff and then, I think,  Esther [Chiappone-Carlson, a green] posted, ‘Remember Sara Bronfman [another green] will get there late because she is coming from’ [some distant place]. I don’t know where, ‘so then we will just be [at the Thai restaurant] Ceci [Salinas, a green] and me [Esther] right?’  Then Sarah Edmondson wrote in the thread, ‘Emi, [Salinas, too]no?’ And that is when I realized that I did not tell Sarah that I was not going to be at the Summit because my babies were being born, and I told her [I would not be there]. I apologized because I had not warned her, not because I was not going to the Summit, but because I did not tell her that my babies were [being] born, and [I posted on the thread] ‘I apologize, because, since Mark had left, I haven’t touched base with you to see how you are doing, because, I imagine, it must be difficult for you now that you’re going to be alone with the Vancouver [NXIVM] Center [Mark and her were partners], but, it has been because of my babies’, and she said, ‘thank you, the truth is I got confused because you did not contact me. Yes, it has been difficult. I am very afraid of how to face this alone now. Yes, it’s full of responsibilities. We will talk soon’ and that was it.

The next day, the Coach Summit started. I learned that Mope [Anthony Ames, Sarah’s husband] was leaving the organization and that he was very angry. [He was mad his wife was branded.]

TZ: He went to make a mess there.

ES: Yes, what they told me is that he had gone to yell at Lauren [Salzman, Sarah Edmonson’s slave master, a green] That’s what they told me. That he went to yell at Lauren at the second day of the Summit, and he left the [NXIVM] organization. And then I wrote to Sarah, and I said, “Hey, I just found out about Nippy [her husband, Anthony]. How bad it is?  How can I help you? How are you?’ And her answer got me confused because it was simply, ‘What did you hear?’ and the reason I got confused was because [of her response], ‘What did you hear?’ Are there several versions? If she would have said, ‘It’s like hell’ or ‘It is not like hell and I will explain’ or whatever [that would have been acceptable] — but when there is only one version, there is no doubt that another person listened.  And when she asked, ‘what did you hear?’ I felt, ‘What? Is she checking me out to decide what she will tell me?’ That’s what I told myself. It can’t be. Besides, maybe it’s something that’s not public, and I shouldn’t even know that he left, or what it was [that caused Ames to leave NXIVM.] What they told me is that he had a problem with Lauren this morning, and he was announcing that he was leaving. So, she [Sarah] told me, ‘OK, if this thing is becoming ugly, I’m going to see my grandfather in Toronto’ and, I said, ‘good,’ and after that, two days later, I find out that she left the organization and why? Because Nippy had gotten angry because of the brand she had, a tattoo that a group of women had that she belonged to [all got], and in a second, I said, ‘It must be this group of women.’ I’m telling you that I still did not understand what they were talking about. Then I said, ‘this must be this group of women and they had a tattoo, and a tattoo – it’s Ok.’ [It was not a tattoo but a brand – there is a difference]Then I write to her [Sarah] and asked her what happened, and I do not remember what happened, but there were several things that began to make the situation hostile, and she wrote to me a few days later, and asked, ‘How are you?’ I told her, ‘Well, I feel in an alternative reality law that is happening through me right now. I mean, I was going to go to Summit where we were going to announce [Mark leaving], and I did not go because my children were [born] late. I was going to the Summit. I did not go because they were born at that time, but I was going to a Summit to tell Mark Vicente left the organization and that Omar was going to be a member of the Executive Board, and that is to say, what [happened in my absence was a] fucking apocalypse,’ and she said, ‘Look, we need to talk. I want to talk to you. I want to explain this to you, but right now I am very confused. I do not want to talk to you now.’