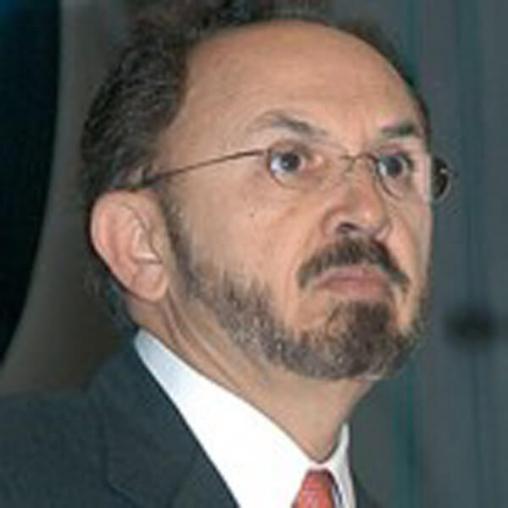 Alejandro Junco said to be ‘gravely ill’; in treatment in

According to sources in Monterrey Mexico, world famous Mexican publisher Alejandro Junco de la Vega is in grave condition and is hospitalized in Miami, Florida.  He is said to be suffering from Leukemia and, absent a miracle, may not have long to live, said a source close to the scene.

Born 1948 in Monterrey, Nuevo León, Mexico, Junco was a distinguished Mexican journalist who worked his way up at the “EL NORTE” newspaper in Monterrey to become publisher in 1973.

Junco is also the father of Rosa Laura Junco, a high-ranking member of the sex slave cult NXIVM.

Alejandro has been trying to get his daughter to leave the cult for months. In recent months, he reportedly cut off her allowance to expedite her leaving the vicious and ruthless cult that brands and blackmails women.  Rosa Laura has defied her sick father’s pleadings and defended the branding procedures as something noble.

The Frank Report revealed that Rosa Laura became a signer on the bank account of the late Pam Cafritz, a former Raniere harem member.  US prosecutors noted – when they charged cult leader Keith Raniere with sex trafficking – that he was using that account despite Cafritz being dead for more than a year.

The account had $8 million in it. Raniere is being held in federal custody in Brooklyn having been denied bail to date.

Rosa Laura has recently separated from her second husband, Luis Montes. Her children of her first marriage have gone to live with their father in Mexico after some suspicious event occurred at Rosa Laura’s mansion with the teen children and other teenage girls and Raniere. ‘

About a dozen teen girls from Chihuahua Mexico were guests of Rosa Laura in 2017. It is unclear what led to them fleeing her house and returning home, but Raniere, 57, was spotted on various occasion trying to kiss some of the girls and hold their hands. He was also seen touching them inappropriately on various parts of their bodies.

According to sources, Rosa Laura has also subjected her small children – with second husband Montez – to unusual child experiments which Raniere invented with the help of Dr. Brandon Porter who recently was made notorious for being exposed as the conductor of human fright experiments on young women and faces the loss of his medical license.

Rosa Laura’s children may truly be in need of child protective services, but with her wealth and the wealth of current cult leader, Clare Bronfman, a Seagram’s liquor heiress, authorities have been unwilling to act to protect the troubled children.  Complaints to authorities about Raniere’s Rainbow Cultural Garden child experiment program have been made for years and reported on in the Albany Times Union for at least a decade. All complaints in the Albany area have gone unheeded. However, in Miami, Raniere’s experimental child program was shut down immediately last month by authorities following the publication of an expose in the Miami New Times.

Should Alejandro Junco pass away with his daughter still in the cult – he will perhaps be not unlike the late Edgar Bronfman Sr., who died in 2013, as his family said, of a broken heart.

The former president of the World Jewish Congress, Bronfman was said to be dejected by the fact that his two youngest daughters – Clare Bronfman and Sara Bronfman-Igtet – were in the NXIVM cult so deeply that they seemed doomed to a life of sin, destruction, criminality, likely penury, if not incarceration. Despite his efforts – he was the first to publicly proclaim NXIVM a cult in a Forbes Magazine article in 2003 – his two daughters remained under the evil thrall of Raniere, known to his followers as The Vanguard.

Raniere used to pit the Bronfman girls against their father, claiming Edgar was responsible for the sisters losing some $65 million in commodities investments that Raniere arranged.

Clare Bronfman, in a show of loyalty to Raniere over her father, reportedly installed a key logger on her billionaire father’s computer so Raniere could monitor his email correspondence.

Clare Bronfman wrote recently of Raniere and her father. “I know [Keith Raniere] to be a man dedicated to the betterment of the lives of others, and most importantly for me, he is a dear friend who has and continues to help me through the difficult decisions and painful moments in my life, including my father’s illness and eventual death.”

Rosa Laura, a direct slave of Raniere, wrote to one of her own slaves about the human branding Raniere imposes on women:

It is a symbol that she will hold herself higher than her body. It is part of being willing to be humiliated around our pride – so we can be free of our false image and truly fee of soul and spirit.

Branding is a constant reminder of keeping ourselves humble and not prideful – pride limits who we are and keeps the fear in place.

We’re meant to come to love and cherish our brand – as a constant reminder of a life other than petty suffering – true love – true freedom – and our commitment to be on that path forever – which assures us we’ll get there!!”

While Raniere may be hoping for Alejandro’s demise, to cash in on Rosa Laura’s inheritance, sources tell me that her siblings are not going to allow Raniere to rifle through their father’s hard earned money should the worse come to pass.

However, Rosa Laura may have need for a substantial sum of money soon, for she may be one of the targets of the expanding probe of the Bronfman- Raniere crime organization, along with the Bronfman sisters and the mother and daughter team of Nancy and Lauren Salzman.

Larry Shea: Is NXIVM’s Clare Bronfman Reincarnated ‘Bitch of Buchenwald?’
Question: With Bronfmans out of the indictment – why is DOJ using a dead man to prosecute Parlato?
Comment