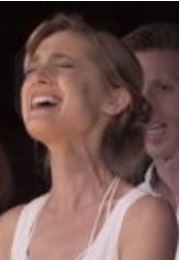 New York Times Magazine contributor, Vanessa Grigoriadis did her best to show NXIVM and its leaders in a splendid light.  And, while she was at it, to fulfill Keith Raniere’s and Clare Bronfman’s wishes to place criminal blame on Allison Mack.

In an article that appeared online yesterday, readers learned that Vanessa interviewed Clare Bronfman, Sara Bronfman, Nancy Salzman, Lauren Salzman, India Oxenberg, and Keith Raniere – prior to his going to jail.  For the opposition, she interviewed Barbara Bouchey.

This was the first time in 14 years Raniere gave an interview to a reporter. In fairness to Vanessa’s pro-NXIVM slant, she might have had to agree to a number of preconditions to persuade the secretive NXIVM leaders to talk on the record.  It was a stunningly positive piece for the group.  Of course Vanessa threw in some allegations against Raniere.  But, overall, she did a great PR job for NXIVM.

Let’s examine how she loaded her story with pro NXIVM opinions and conclusions.  The following are a sampling; read the article for many more:

Sara Bronfman: “a lovely woman who made me eggs in her Albany-area mansion.”

Nancy Salzman’: “an extremely fit woman” who provided “a lovely buffet of croissants and fruit on her kitchen island.”

Keith Raniere “built like a wrestler” who “seemed intelligent and intensely sad”.

Allison Mack “a bright smile” and a “gorgeous apartment in Brooklyn.”

Clare Bronfman  “wry and slight, polite.” with a “voice … so soft that it drifted away. She answered my questions directly and seemed highly in touch with her emotions.”

Lauren Salzman: “a clever 40-year-old and perhaps the group’s most persuasive junior leader.”

Vanessa also spoke to “many members and ex-members” who she found “funny and strikingly perceptive”. [Strikingly?] 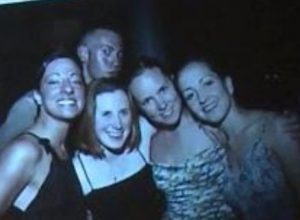 “Members believed that Raniere could heal them of emotional traumas, set them free from their fears and attachments, clear patterns of destructive thinking.”

“The unexamined among us allow these ancient self-perceptions to run the show in current time, but not Nxians.”

“Many members and ex-members of Nxivm that I spoke with …. agreed on one thing: The ‘technology’ worked.”

Vanessa on Raniere, the thinker

“Raniere presented himself as a great philosopher, an ethical man and a scientist pushing the bounds of human capability.”

“He also seemed to have a unique, pulsating idea that resonated with women”. [Pulsating?]

Raniere “had solved the equation of how to be a joyful human.”

Raniere: “believed his organization could heal individuals and transform the world.” [She knows what Raniere believes, of course.}

“He walked 14 to 20 miles a day…  during those walks, he thought about how to solve humanity’s problems.”

“Raniere began thinking more deeply about persuasion and how you could talk people into anything, even helping themselves.”

“Nxivm positioned itself as the true self-improvement gospel.”

“The ultimate Nxivm member was ‘potent,’ in Nxian lingo — not only rich but emotionally disciplined, self-controlled, attractive, physically fit and slender — or, in the word most members themselves preferred, ‘badass.’”  [Badass? I thought she was going to say brainwashed].

“Since the group’s founding in 1998, it has been a tightly knit organization, ‘like a family,’ as Raniere has described it.”
“Nxivm taught the power of penance as a time-tested shortcut to achieving self-improvement.”

“Mobius [is] about healing the parts of yourself that you reject and not hating them in other people”.

“Human Pain [is] about understanding that love and pain often go together.”

“Experiencing integration after integration, the Nxian feels light, buoyant and more powerful than before.” [Light – yes, at 500 calories, but buoyant?]

Nxivm has “techniques, or ‘technology,’ meant to rewire your emotional self.” [It’s called brainwashing.]

“’We are just trying to create joy,’ another member said.”

“Anything in the group about skinniness, about punishment, about self-denial was simply to help members evolve.” [That’s what skinniness does- it helps us evolve.]

Vanessa writes about Pam Cafritz, who, presumably, she never met, as “a bubbly woman who was Raniere’s most important long-term girlfriend and a beloved mother figure to Nxivm members”.

Clare Bronfman “began crying as she told me about her friend’s death.”

Raniere “received no salary from Nxivm, nor possessed a credit card, A.T.M. card or a car.”

Raniere said, “I don’t pay taxes because I live under the poverty level.”

Raniere: “taught that dexterous use of money — the assigning of value to various goods and services — was one of humanity’s highest virtues.”

“Raniere told me money was ‘noble.’”

In the larger Nxivm community, most thought Raniere was celibate. But the inner circle knew that he maintained multiple relationships from his home [i.e. sex lair].

“Raniere told me that he policed his relationships for ethical shortcomings.” [and found nothing?]

“He was honest about the fact that he was polyamorous and spoke to me about the importance of not only sex but intimacy.”

Raniere “to me, he was only willing to admit to two” [sexual relationships]. [Honest? she said].

“[A] majority of women in DOS never had anything to do with Raniere sexually.” [How does she know that?]

Raniere said, “It’s quite a point in life for me. I question my values, how I conduct myself, all of these things. I don’t think I’m seen as the person I think I am, and I also want to be the person that I think I am.”

Vanessa on the Good Bronfmans do with their money

The Bronfman sisters were “drawn to Raniere’s emphasis on ethics.”

Sara: “I always wanted to do something to impact the world.”

Clare: “continued to want to use her inherited money ethically.”

Vanessa writes “With access to Bronfman funds, Nxivm engaged in all manner of legacy-creating enterprises, many demonstrating kindness and concern for others.

“The group invited the Dalai Lama to Albany.”

“Made a film about Raniere’s ideas to solve violence in the country.”

“Played volleyball, Raniere’s favorite sport, usually after 9 p.m., when he preferred to play.” [Games are suspended now that Raniere’s in jail]. 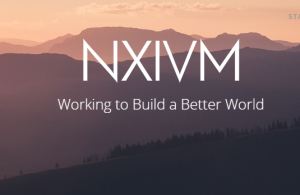 The Power of the Tech

Clare Bronfman “produced a film about Nxivm improving the symptoms of Tourette patients, which screened at the Newport Beach Film Festival this spring.”
Nancy Salzman “introduced me to an 18-year-old high school student she was trying to help surmount Crohn’s disease through Nxivm’s technology.”
Keith Raniere “conceived a new type of school to teach children as many as eight languages at a time; each teacher speaks one language, on the theory that children pick up language more easily from a beloved caregiver.”
Nxivm members: “created and operate The Knife, an active website that uses ‘scientific analysis’ to gauge the relative honor of news outlets.”
{Vanessa’s story gets the highest honors].
“News was disinformation that could encourage fear, start wars and convince people of anything, but the Knife wielded its powerful tool nobly.”

Collateral = extra leverage to your conscience

Raniere “introduced his followers to a concept called ‘collateral,’ or ‘collateralizing your word,’ which members understood to be ‘adding extra leverage to your conscience.’

“[T]rue collateral, the most direct way to show your trust.”

[“D]edicated DOS members insist that they began the secret group themselves” [i.e. without Raniere]

“[T]he group morphed into a military-style boot camp that was simply trying to address the place of women in the world, to make them realize that they were not victims.”

“Masters ‘help slaves count calories to save them from the trap of emotional eating, according to other women in the group.’

“Slaves might be told to abstain from orgasms, ostensibly to heal their negative sexual patterns.”

“Many women told me they improved from this scheme.”

“By the point that many women signed up for DOS, they had taken many steps where they felt they had given consent.”

“[A] majority of women in DOS never had anything to do with Raniere sexually…  thus it is impossible to say that DOS itself was a ‘sex-slave cult’ rather than a sex-slave cult and a women’s empowerment scheme,”

Allison Mack ‘I found my spine’ and will take the fall!

Mack: “came to Nxivm when she was unhappy with her TV acting career”.

Mack “asked Raniere to ‘make her a great actress again’

Mack “said that this was ‘about devotion’ and ‘like any spiritual practice or religion.’”

“I found my spine, and I just kept solidifying my spine every time I would do something hard,” Mack said passionately.”

“Mack told me each [slave pod] circle was “like a little family.”

“In her apartment, I was surprised to hear Mack take full responsibility for coming up with the DOS cauterized brand. She told me, ‘I was like: “Y’all, a tattoo? People get drunk and tattooed on their ankle ‘BFF,’ or a tramp stamp. I have two tattoos and they mean nothing.’?” She wanted to do something more meaningful, something that took guts.”

[Yeah guts indeed and a lot of stupidity.]

“To be honest, I was surprised that she was sitting there at all. And Mack told me that she’d been experiencing some anxiety talking to a reporter” [she should have felt anxiety – she was being set up].

“It felt “scary and pressureful,’ [new word] she said.”

{Now listen to how Allison gets screwed and who screws her:] “But Lauren Salzman, who along with Raniere and Clare Bronfman had guided my highly controlled tour of their world, helped her by telling Mack to cast her mind back to when she was a child and received praise at the same time that other kids didn’t. This made Mack feel uncomfortable. But now she was surmounting her fear….”

And taking the fall.

Raniere outsmarted Vanessa. The problem was only one of timing. Vanessa interviewed Raniere before he was arrested. He, Lauren – she is a clever 40 year old – and Clare set it up for Allison to take the fall and try to avoid his arrest.  Had the article come out sooner, maybe only Allison would have been arrested.