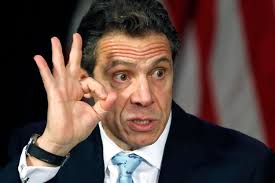 NEW YORK, NY – Cynthia Nixon released a statement on the news that the Central New York Film Hub, a $15 million economic development project championed by Governor Cuomo, sold this week for $1, after failing to produce nearly any of the promised 300 jobs. The developers behind the project were donors to the Governor, and they are now facing federal bribery charges.

“The money Cuomo has spent upstate has been riddled with corruption, going into the pockets of his donors rather than towards project that will create good, high-paying jobs for local residents. The Central New York Film Hub is just the latest example,” said Cynthia Nixon. “The fact that Cuomo’s cronies built a film hub that sold for just $1 shows how ill-conceived his entire approach to economic development is. Because it is donor driven and monies come with no strings attached, it does not produce the number of good paying jobs that upstate needs. My approach to economic development will rely on a partnership with local communities so that we are producing long-term, sustainable jobs.”

McGuire Development Donated $25,000 To Cuomo’s Campaign Three Months After Securing A Contract To Build A Technology Hub As Part Of The Buffalo Billion Project. According to the New York Post, “A report this year by the nonprofit Investigative Post blasted Buffalo Billion as a ‘costly experiment in economic development that is beset by secrecy and politics.’ The report said that requests for records under the state Freedom of Information Law were ignored until a lawsuit was filed and that the documents released were stripped of ‘key information,’ including payments to developers. […] The report also said McGuire Development donated $25,000 to Cuomo’s campaign three months after scoring the technology-hub construction job.” [New York Post, 9/18/15]

Competitive Power Ventures Received Beneficial State Approvals On A Proposed Power Plant, And Made More Than $94,000 In Contributions To Cuomo And Lent His Campaign Their Private Jet. Cuomo Aide Joseph Percoco Was Found Guilty On Bribery Charges Stemming From His Dealings On Behalf Of Competitive Power Venture. According to the Times Herald-Record, “The Maryland-based energy company planned to build a gas-fired power plant in Orange County, and coveted a state contract that would help it secure financing for the $900 million project. It took more steps in 2010 to ingratiate itself with the next administration, giving the Democrat’s campaign $25,000, and then $25,000 more. It hired a lobbyist who used to work for Cuomo and promised to ‘keep CPV at the forefront’ with Cuomo, his advisers and state agencies. It even lent a private jet in the closing days of the campaign to shepherd Cuomo and his staff to fundraisers. […] The campaign contributions CPV made to Cuomo – more than $94,000 altogether, plus another $50,000 the company gave to the state Democratic Committee in 2013 – also were entered into evidence, though they were acknowledged to be legal and not part of the criminal allegations. Those public records and the hidden activities that authorities documented reveal CPV’s strenuous efforts behind the scenes to court the Cuomo administration in the service of its proposed power plant in Wawayanda, now built and nearly ready to begin operating.” [Times Herald-Record, 3/18/18] [Politico, 5/2/16] [New York Times, 3/13/18]

Extell Gave Cuomo Hundreds Of Thousands Of Dollars Through LLCs Just Before Receiving A Lucrative Tax Break From Cuomo. According to The Real Deal, “Two affiliates of Extell Development gave a $100,000 donation to Gov. Andrew Cuomo, a few weeks before he signed a law allowing Gary Barnett’s firm and four others to reap lucrative new development tax benefits, the New York Daily News reported. Those benefits are currently under investigation from a corruption task force that Cuomo himself created. Two corporations – known as Elco Master LLC and 134 W 58 LLC – tied to Extell Financial Services each contributed $50,000 to Cuomo’s campaign in January. The state Assembly passed a housing bill the same day, and Cuomo signed it shortly after. Three weeks after the bill became law, Barnett submitted an additional $100,000 to a state Democratic Party account intended to finance Cuomo’s advertising.Earlier this week, the Moreland Commission subpoenaed Barnett’s Extell, Silverstein Properties and Thor Equities, as well as Fisher Brothers and Friedman Management seeking reams of their correspondence with lobbyists and elected officials, as previously reported.” [The Real Deal,4/9/13]

Cuomo Received $76,000 From A Group Of Real Estate Investors At Fisher Brothers Just Weeks Before He Approved A “Lucrative” Tax Break For Their Property. Their Donations Have Been Probed By Ethics Bodies. According to Politico, “Donations from executives at the development firm prompted scrutiny in Cuomo’s first term, as they came a few weeks before the governor signed a bill to give them a tax break. That resulted in a subpoena from the Moreland Commission to Investigate Public Corruption, but then Cuomo disbanded the commission. This year, four of the firm’s LLCs have given the governor between $60,000 and $65,000 apiece.” [Politico, 7/24/17] [New York Daily News, 8/15/13]