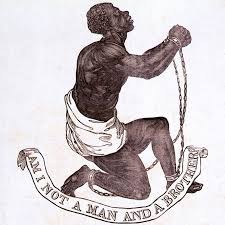 By George Cassidy Payne
The Fugitive Slave Law or Fugitive Slave Act was authorize by the U.S. Congress on September 18, 1850, as part of the compromise between Southern slave-holding interests and Northern Free-Soilers. The law stipulated that all escaped slaves, upon capture, be returned to the one who purchased or inherited them and that officials and citizens of free states had to cooperate. So, technically, in the year 1850, it was illegal in the United States to provide aid to human beings escaping slavery, mutilation, branding, torture, extortion, rape, and other similar grotesque injustices.
Today, in nations such as Guatemala, El Salvador, and Honduras, human beings are fleeing in droves towards the relative safety and hope of the United States. Why? According to the Council on Foreign Relations: “El Salvador, Guatemala, and Honduras consistently rank among the most violent countries in the world. El Salvador became the world’s most violent country not at war in 2015, when gang-related violence brought its homicide rate to 103 per hundred thousand….all three countries have significantly higher homicide rates than neighboring Costa Rica, Nicaragua, and Panama…Extortion is also rampant. A 2015 investigation by Honduran newspaper La Prensa found that Salvadorans and Hondurans pay an estimated $390 million, $200 million, and $61 million, respectively, in annual extortion fees to organized crime groups. Extortionists primarily target public transportation operators, small businesses, and residents of poor neighborhoods… attacks on people who do not pay contribute to the violence.”
The CFR goes on to state: “Migrants from all three countries cite violence, forced gang recruitment, and extortion, as well as poverty and lack of opportunity, as their reasons for leaving. While Belize, Nicaragua, Costa Rica, and Panama have reported a sharp increase in flows from the Northern Triangle since 2008, most migrants are passing through to settle in the United States.”  As many as 3.4 million people born in El Salvador, Guatemala, and Honduras are living in the United States, more than double the estimated 1.5 million people in 2000. About 55 percent of them are undocumented.”
As someone who appreciates the history of my country-and the Civil War period in particular-it has always struck me how little we remember the slave kidnappers, plantation owners, Fugitive Slave Law enforcers, and politicians who passed pro- slavery legislation. For instance, the memory of slave hunter Patty Cannon and her merciless gang are almost entirely forgotten. John Breckinridge (1821-1875), Vice President of the U.S. and Secretary of War for the Confederate States of America is a virtual nonentity. Stephen Duncan (1787-1867), a doctor from Pennsylvania who became the wealthiest Southern cotton planter before the Civil War, with 14 plantations, and a founder of the Mississippi Colonization Society, is lucky to have a dead end street named after him in his home town. Edwin Epps, 10 year “owner” of Solomon Northrup, author of “Twelve Years a Slave,” is infamous as a Hollywood villain that no one can recall 5 minutes after the film is over.
Compare this list to the abolitionists of the time; names such as Harriet Tubman, Sojourner Truth, Susan B. Anthony, Lucretia Mott, Abraham Lincoln, William Garrison, Frederick Douglass, Thaddeus Stevens, and Harriet Beecher Stowe. These were all exceptional individuals who were born in the United States and made a decision to knowingly and willingly break the law. How has history rewarded these individuals? They have become moral giants. Their exploits have become legendary. They are the finest examples of what this country can produce. They are the ones who our children learn about when they are discovering what it means to be a thinking, loving, and feeling member of the human race.
Returning to the present day, how will history remember the likes of Sheriff Joe in Arizona, Attorney General Jeff Sessions, White House aid Steven Miller, Sens. Tom Cotton (R-Ark.) and David Perdue (R-Ga.), and other anti-immigration voices? Will they become as obsolete as the plantation owners of the antebellum period?
The abolitionists of today may be, if they accept their opponents’ judicial opinions and capricious orders, breaking the law of a single administration; but history-like the great abolitionists of the 19th century-will remember those who stood up for the migrants and immigrants. They will be rewarded and justified by time.
George Cassidy Payne is a freelance writer, domestic violence counselor, and adjunct professor of philosophy at Finger Lakes Community College. Her lives and works in Rochester, NY.