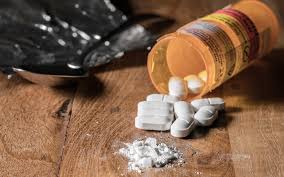 An overdose isn’t murder. Stay with me on this one I eventually get to my point.

The practice of treating opioid deaths as homicides has grown in recent years with prosecutors all across the nation. The resultant prosecutions are not only unjust but might make more fatal overdoses happen by deterring innocent onlookers from calling for help when someone  overdoses In my opinion.

Now, I am not a lawyer and I don’t even play one on TV, but I have always understood homicide as the deliberate and willful killing of a person and manslaughter as causing the death of someone by accident or negligence.

A recent investigation by the New York Times found over 1,000 prosecutions or arrests that were  related to an accidental opioid death from 2015 to 2017. Twenty states have regulations that explicitly deal with drug induced homicide. Under federal law, drug distribution that results in a death or serious injury is punishable by 20 years to life.

While legislators and prosecutors may feel these cases are the way to punish drug traffickers and dealers, the defendants in these cases are often someone close to the person who died. This is understandable because the farther you go in the supply chain, the tougher it is to show a link between the consumer and a defendant. The defendant’s only part in “distributing” drugs could be buying it for another person, putting them in contact with their dealer, or even sharing what drugs they have.

When looking at Pennsylvania cases for the first half of 2017, the New York Times discovered that three- quarters of the defendants were drug users themselves. They were selling drugs to support their habit. Last year the television station in Milwaukee, WITI, Fox channel 6, looked over the 100 most recent trials for drug induced homicide in Wisconsin at that time and discovered that “just 11 defendants were higher- level drug dealers,” while the majority of them were relatives, friends, or low level street dealers.

A Minnesota woman received a prison term of four years for sharing a fentanyl patch with her fiancé. And a New York woman got a six years sentence for mailing a friend some heroin to him while he was away on a business trip to Chicago. A man from Louisiana was slapped with a life sentence for doing heroin with his girlfriend.

“Many law enforcement officers hope that the cases act as a deterrent,” the Times said. But this may not be the type of “deterrent” that they have in mind. Because quick medical attention is absolutely crucial in preventing people from having fatal opioid overdoses. Forty states plus the District Columbia have passed “911 Good Samaritan” laws that protect bystanders from some drug related charges if they call for help. But those laws don’t apply to homicide charges.

A New Jersey examination of drug induced homicide trials in 2002 discovered that a majority of the defendants were friends of the decedents and in a few cases they were the ones who tried to find emergency care for them.

A Minnesota woman was sentenced to a six year prison stretch in prison because she let her husband take methadone that was prescribed for her, despite the fact she called 911 and tried to save his life. A woman was charged with drug induced homicide in Illinois since she assisted her husband in buying heroin. She was the person who called 911 when he overdosed.

A Royalton man, Daniel E. Wells, has been charged with criminally negligent homicide in the overdose death of his older sister, Christyna, last November in Niagara Falls.

According to the Niagara County Sheriff’s Office, Wells, 29, did not seek timely medical care when Christyna, 34, suffered an overdose Nov. 10th in Niagara Falls, instead driving her to the 9400 block of Ridge Road in Royalton, a more than 40 minute drive, before seeking medical attention.

Wells was arraigned in Lockport Town Court and released on his own recognizance. However, Wells is being held without bail at Niagara County Jail on unrelated charges.

Under New York Penal Law § 125.10, you could be prosecuted for criminally negligent homicide if with criminal negligence you kill another person. According to New York Penal Law § 15.05(4), acting with “criminal negligence” means that you failed to perceive a substantial risk that your actions or inaction would result in another person’s death. The risk must constitute a gross deviation from the standard of care that a reasonable person would observe under the circumstances.

Wells is due to appear June 14th in Royalton Town Court. I am not a lawyer but I wonder how someone without medical training is supposed to make a decision about how “timely” they need to seek medical attention.