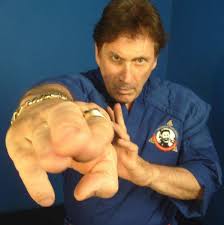 The FOIA Myth, The Duty Discharge DD 214 Form & Military Service Record Book IS NOT Absolute Proof or Disproof of Service

Today, we see FRATRICIDE of veterans and their harassment online.

A national disgrace and evil that is attributable to a commonly held mythology — that you can determine if someone is a military phony by obtaining the appropriate government held and controlled military Duty Discharge DD214 form and/or military Service Records Book (“SRB”); and that this can be provided through filing a Freedom OF Information Act (“FOIA”) request.

To spare the innocent let me emphasize AGAIN, THIS IS NOT TRUE!

No one can with absolute certainty make such a determination of military service duties and theaters of operation based on these records, all the time.

Prior to the PC age the St. Louis VA Records Center burnt down and military service record books were lost and, poorly reconstructed.

If you believe in the DD 214/ SRB confirmation myth you also have to assume the military establishment is founded and run by a bunch of imbeciles, in uniform.

It roughly means all an enemy agent would have to do is file FOIA requests to determine exactly who the Tier One Operators are / were, and whereby, by skimming their SRB, possibly link them to others by which to assess military capabilities (based on schooling) and possibly unveil undercover intelligence agents or assets in the theaters they operated alongside, as annotated.

For this reason Federal Law Enforcement prohibits dissemination and sometimes even the notation of secret operations themselves by anyone, without due cause.

It takes a legal motion to be filed with the Federal Court, where an argument must be made and won to access or for that matter be granted just the acknowledgement of the existence of said documentation, in some cases.

A legitimate “need to know” must be justified, first and foremost.

Satisfying personal curiosity IS NOT a legitimate reason.

Aside from the aforementioned national security paradox, the FOIA DD214 and SRB confirmation myth is further undone by a string of less melodramatic reasons, namely, the US military and past Presidential administrations being found guilty in courts of law and in Congressional Hearings of misrepresentation and inadequate record keeping, ergo Iran Contra Gate era fallout.

There exists the manipulation and fraudulence of the SRB paperwork itself that occurred with regard to secret US military test subjects of LSD and the Atomic Bomb experiments in the late 1950’s and early 1960’s.

Such clerical creativity continued with Vietnam Veterans who had served in combat in government denied action areas of Cambodia and Laos.

Several of these veterans are held up to undeserved ridicule and are harassed by Stolen Valor Vultures turning a blind eye to why their SRB records do not reflect their service or injuries sustained in those areas.

In some cases, these SRB’s list wounded veterans as being in psych wards or posted out of country, to maintain plausible deniability.

One combatant, Staff Sergeant, Fred William Zabitosky, 5th Special Forces Group, even received the Medal of Honor where the commendation initially puts him in Vietnam when the military incident he was being decorated for had occurred in the then denied theater of operation, in Laos.

It took Senator Dornan of California to see to it that DD 214 & SRB records were being corrected in order for VA benefits to be made available to Combat Veterans of EL Salvador.

All the while, the Pentagon was actively denying the USA fought battles there, in some cases it still does, today.

“Our challenge now will be documentation,” said Lt. Gen. Theodore Stroup, and “Since commanders weren’t authorized to submit all the paperwork for combat awards, some of the paper trace may be lacking but for some, at least, the book on El Salvador can be closed.”

“When I told people my father was killed in El Salvador, they said we don’t have troops there,” said Jonathan Pickett, 16.

His father, Lt. Col. David Pickett, commander of an Army helicopter assault unit, was slain by Salvadoran guerrillas and is the only soldier killed in El Salvador to be buried at Arlington.

How many more were denied recognition because of the paperwork?

The aforementioned reasons is why FOIA obtained DD214 and military Service Record Books end up challenged routinely by veterans after reviewing them for themselves.

For the most part, Stolen Valor Vigilantes stubbornly refuse to accept the historically proven reality the US military and government does not always competently or willingly record or tell the truth all the time.

That when it comes to concealing its embarrassing truths or for purposes of national security the military and intelligence apparatus as well as political appointees will, when necessary, go so far as to manufacture entries and create a fraudulent DD214 and/or SRB known as a “Front File” to provide them plausible deniability.

I speak from personal experience that this practice is necessary and real and had left this author vulnerable to Stolen Valor Vultures and misinformation propaganda.

Going in the other direction, there exist those whose SRB records are in actuality a fiction and embellishment of a veteran’s history, qualifications and, areas of combat service.

Case in point, the non-commissioned officers in the 1960’s referred to as the “Khaki Mafia.”  They earned that handle by becoming known for doing unsavory favors for commanding officers.

In exchange, they were able to pump up their own military records for advancement as well as impugn others by altering their victim’s military service record entries. Done as an act of retaliation or intimidation to protect and further their then ongoing criminal enterprise.

Their dealings ended up fictionalized and distorted in the novel about them by Robin Moore and June Collins, published by Crown in 1971, titled, The Khaki Mafia.

Collins testified before a U.S. Senate committee about corruption among senior military personnel.

Stolen Valor Vultures, historically speaking, could care less if they invariably punish the innocent along with the guilty.   Their acts and words betray a mindset where being accused is enough to make you guilty.

The displays of indifference to fairness and the truth is why the Stolen Valor Vulture will predictably keep others operating in ignorance by continuing to propagate and defend the DD214 and SRB confirmation mythology.

Their smug indifference to the truth and operating with extreme bias is made that much more visible through the Stolen Valor Vulture’s unwillingness to challenge the evidence before using it. Or allow the accused to defend their reputations where the accused voice and the contradictory evidence does not end up obfuscated by them.

All the Stolen Valor Vulture seemingly wants is another carcass of a veteran to feed on.