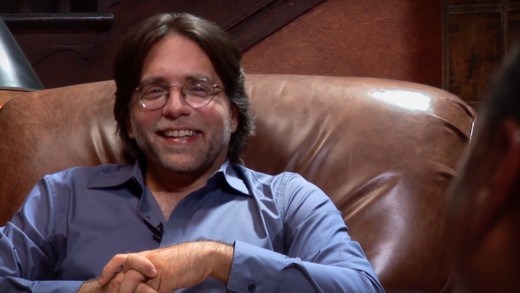 In it, he claimed to be self-employed. His work is as a “Self Empowerment/ Personal Growth Classes.” For this work, he made $0 a month, and had no “cash on hand or money in savings or checking account.”

So how can a Self Empowerment guru who offers Personal Growth Classes make zero money?  Maybe because he does not need money.

As the government wrote in their opposition papers, Raniere “stated that his clothes ‘usually appeared’ without his paying for them. See Vanessa Grigoriadis, The “Sex Cult” That Preached Empowerment, New York Times Magazine, May 30, 2018.”

When asked if he owned any “real estate, stocks, bonds, notes, automobiles, or other valuable property,” he reported only a 50% interest in a house he estimated to be worth $60,000 and a reference to “Property probate Court from Pamela KFritz.”

The government noted that Raniere “has publicly admitted that he does not pay taxes, claimed that it is because he ‘live[s] under the poverty level.’”

On Raniere’s Financial Affidavit., he was asked if he has any dependents.  By definition a “dependent is someone who is sustained by another person, such as a child supported by his or her parents.” Raniere lists as his dependents two children – one age 11 and the other 7 months old.

The question, however, was not if he had children. A dependents is not the same thing as offspring.  His eldest child left with his mother in February 2014 – the mother fleeing with child to escape this dangerous madman. The 11 year old is not Raniere’s dependent. That is a gross misrepresentation on the Financial Affidavit.

Raniere does not support the 11 year old child. He admits he has no contact with the child.  Back when the child was arguably his dependent, [when  he and his mother lived in Clifton Park],  Raniere denied to the NXIVM community (where he was a Self Empowerment/Personal Growth Classes guru) that he was the father of the child – preferring to fool them that he was a celibate monk type.

This is good self-empowerment strategy, But it gets worse. Raniere told the lie that his own child was an orphan and forced the mother to also tell the lie  to the NXIVM community. [I know because I was personally told the lie]. The mother was forced to say her own son was not hers but a child whose mother died at childbirth. [Think of how sick that notion is – to let others believe – and perhaps the child himself believe – that his mother died giving him birth and the father was unknown when Raniere – the Self Empowerment Teacher – was living next door.]

Only after the mother fled with the child did Raniere finally publicly acknowledge the boy was his own son. It was not love that made him do so. To the contrary, he wanted to find and punish the mother. So he needed a legal excuse to hire private detectives to hunt her down – on the pretense that he wanted custody of his beloved son.

As for dependents, I think it is fair to say that Raniere is now a dependent of the US government. They sustain him with food, housing and even clothing – which all magically appear.

Raniere is likely to be a dependent of the US Government for years to come. Perhaps it will be for the rest of his miserable life.