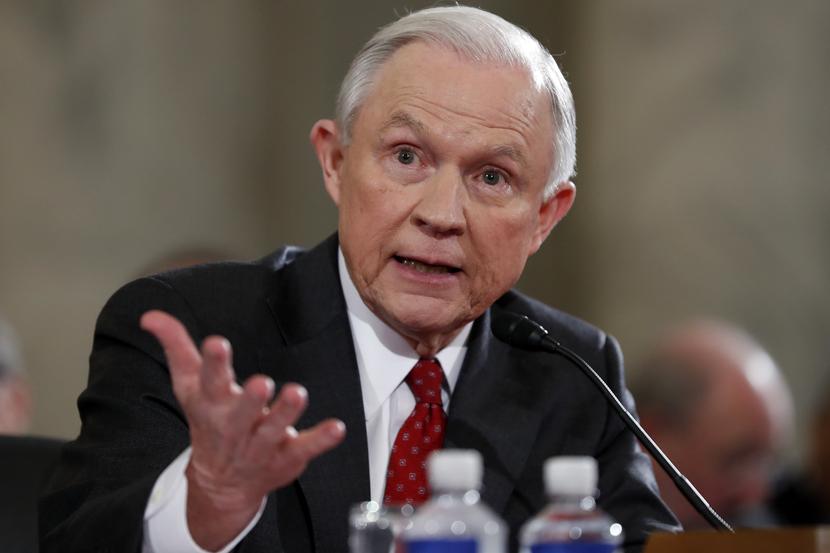 Piece by piece we’re dismantling the Rube Goldberg conspiracy to take down a president. At every step the Justice Department is putting up roadblocks, an indication that the Deep State is still alive and well and now being accommodated by Attorney General Jeff Sessions.

Here’s a piece of our effort. A federal court ordered a hearing for next week for in our lawsuit for communications of the Office of the Attorney General with Nellie Ohr, the wife of former Senior DOJ Official Bruce Ohr, who was critical to the Clinton/DNC dossier authored by Christopher Steele (Judicial Watch v. U.S. Department of Justice (No.1:18-cv-00491)). The suit is before U.S. District Court Judge Reggie B. Walton.

Outrageously, the Justice Department is resisting our request to search Attorney General Sessions’ office and otherwise is stonewalling searching for and releasing records.

All records of contact or communication, including but not limited to emails, text messages, and instant chats, between DOJ officials in the Attorney General’s Office and Fusion GPS employee or contractor Nellie Ohr.

In December 2017, Bruce Ohr was removed from his position as U.S. Associate Deputy Attorney General after it was revealed he conducted undisclosed meetings with dossier author Christopher Steel and Glenn Simpson, principal of Fusion GPS.

A House Intelligence Committee memo released by Chairman Devin Nunes on February 2 notes that Nellie Ohr was “employed by Fusion GPS to assist in the cultivation of opposition research on Trump” and that Bruce Ohr passed the results of that research, which was paid for by the Democratic National Committee (DNC) and the Hillary Clinton campaign, to the FBI.

The Ohr scandal is bad enough, but it beyond belief we have to battle the Sessions DOJ in federal court for basic information about this Spygate-related scandal.