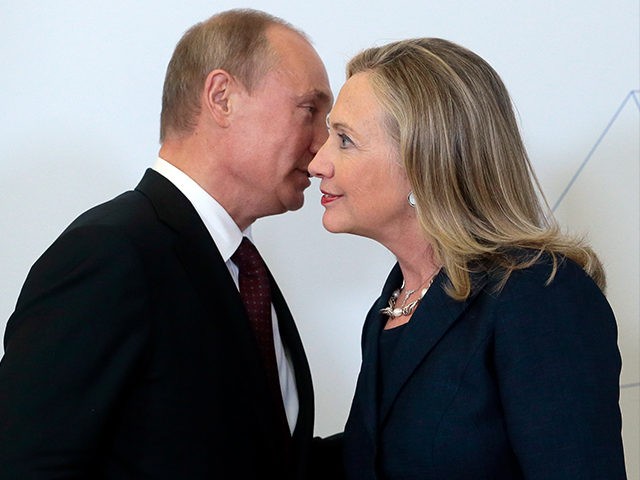 The liberal media and much of the DC Establishment would like Americans to forget how China-connected money helped set up and keep the Clintons in power. A story by Micah Morrison details the rise and fall of one the Clintons’ China connections in this must read piece from JW’s Investigative Bulletin:

“The leopard does not change his spots” is a favorite saying of prosecutors and the rise and fall of Clinton-era conspirator Ng Lap Seng proves the point. Ng cut a colorful swath through the 1996 Clinton campaign finance scandal. At the time, he was a mere millionaire with connections to the Chinese government and Asian organized crime. Now he is a billionaire. Last month, more than twenty years after he first appeared on the U.S. scene, federal prosecutors in the Southern District of New York nailed him in a bribery scheme and put him away for four years.
In the bribery case, Ng showered two United Nations ambassadors—Francis Lorenzo of the Dominican Republic and John Ashe of Antigua and Barbuda—with cash. He needed their support for a multi-billion-dollar UN conference center he wanted to build in Macau. Ng envisioned the conference center as the cornerstone of a grandiose plan to turn the obscure gambling enclave into the “Geneva of Asia,” prosecutors said. Ng spent $1.5 million in the illegal effort. He set up a phony NGO and funneled $30,000 a month to Ambassador Lorenzo. More payments flowed to Lorenzo’s brother, to Ambassador Ashe, and to Ashe’s wife. In return, the ambassadors put a UN imprimatur on Ng’s construction plan. They drafted and circulated official UN documents in support of Ng and the Macau conference center.
The case was closely watched in Washington. “Corruption at any level of government undermines the rule of law and cannot be tolerated,” said Department of Justice Criminal Division chief John Cronan. “But corruption is especially corrosive when it occurs at an international body like the United Nations. By paying bribes to two UN ambassadors to advance his interest in obtaining support for the Macau conference center, Ng Lap Seng tried to manipulate the functions of the United Nations.”
Ng is no stranger to controversy and crime. He has been a major player in Macau for decades. The former Portuguese colony, turned over to China in 1999, was a hub of legalized gambling and prostitution, and a center of money laundering, extortion, drugs and gang wars. Ng cultivated the China connection and rose through the Macau ranks, becoming owner of the Fortuna Hotel, a night club in the gambling district favored by officials of the People’s Liberation Army and the organized crime Wo On Lok Triad.
Ng has denied any connection with Asian organized crime. In 1997, he told the South China Morning Post that he was “very upset” about the “allegation that I am linked to organized crime. It is absolutely untrue and has no basis in fact.”
By 1994, Ng had set his sights on the Clintons. Finding a partner in Little Rock restaurateur Charlie Trie, Ng wired more than $1 million from accounts in Macau and Hong Kong to Trie’s accounts. Ng and Trie funneled “hundreds of thousands of dollars in foreign funds” to the Democratic National Committee, according to a Senate report on the campaign finance scandal. This generosity won Ng ten visits to the White House between 1994 and 1996, including at least one with President Clinton. In 1995, Ng and Trie organized a reception for then-Commerce Secretary Ron Brown at Hong Kong’s Hotel Shangri-La. In 1996, they were seated next to the president at a fund-raiser in Washington.
Ng vanished when the campaign finance scandal heated up. “The source of Ng’s funds what he or those behind him hoped to gain through Trie remains unknown,” the Senate report concluded. But Beijing seemed pleased with Mr. Ng. In 1998, it named him to a post at the largely ceremonial but influential Chinese People’s Consultative Conference. Twenty years later, he’s still there.

If you’d like to know why there is credible evidence the Russians used millions to bribe the Clintons, look no further than their dealings with China….

Former FBI: Treason, Title 18 Section 2381, US Code… And Obama …You Be The Judge!
Judicial Watch: ‘Deep State is still alive and well and accommodated by Attorney General Jeff Sessions