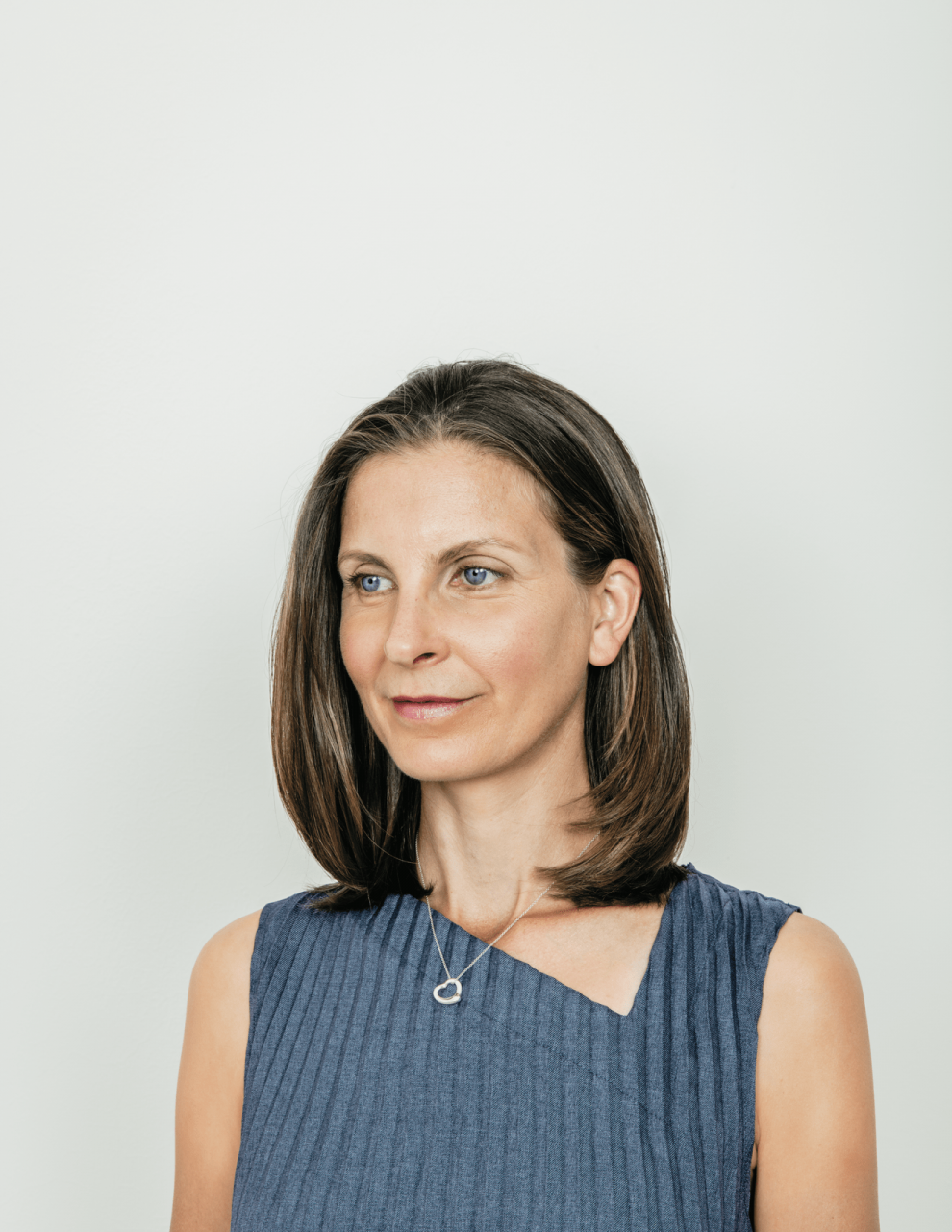 The following is entirely my own rank speculation. 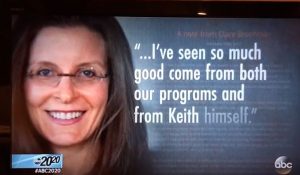 Clare Bronfman is a disciplined woman. If there was any woman in NXIVM that never cheated on the 500 calorie diet – it was Clare.

So what happens now? She is about to be indicted. It is clear that Clare put up millions in an irrevocable trust for Keith Raniere’s defense – and because it is irrevocable, it seems that Keith has his lawyers paid for  – even if she flips and turns against him.

Clare may flip.  I think if she finds out that the entire NXIVM community hates her, that they used her, they betrayed her, they lied to her — if she can figure that out – she will be a woman scorned – like you have never seen.

Clare Bronfman is not a warm person. She is boring. She has a flat affect. She’s spiteful. She is not easy to get along with or to like.  But if she is angry or feels someone hurt her – she will try to destroy that person and that person could one day be Keith Alan Raniere.

But then again, everyone hated her. Nancy Salzman, for instance, hated Clare.  Conversely, Nancy loved her sister, Sara Bronfman. Actually almost everybody likes Sara. She is sociable, friendly, interesting, gentle – although flaky and most often in a mental fog.

The two sisters grew up together – but differently.  Sara was blond, pretty, blue eyed and everybody liked her. Clare was dark haired, homely and deeply introverted. She had serious daddy issues.  She was [and is] homely and was always in the shadow of her prettier sister.  She got no attention from dad.  She was almost always jealous and envious of others.  In time, because of her wealth, she compensated for her ugliness inside and out by becoming a bully.

As a member of NXIVM, she got to punish people. Perhaps it was because she felt unwanted and unloved – but when she got the chance – which she did in NXIVM often – she punished people – both inside and outside NXIVM.

Anytime she feels pinched, she lashes out.

It is curious. Keith Raniere paid almost no attention to Clare from about 2002 – when she began with NXIVM – until about 2008.

Keith liked her sister Sara and invested his attention and time on Sara knowing that Sara would manage Clare.

Clare was jealous but she remained. Sara got promoted to become a Green Sash – prematurely – as many NXIVM members know. Keith also had sex with Sara. But Keith did not have sex with Clare for years. He surely did not want to, that is a fact.

So consider how Clare was feeling. At one time, Sara and Clare were paying Nancy Salzman a million dollars a year to coach them. Nancy loved Sara and hung out with her all the time. But despite taking Clare’s money, Nancy did not want to spend any time with Clare – other than the therapy sessions.

Clare started throwing tantrums because Sara was getting all the attention.  And about 2008, Keith suddenly took an interest in Clare. He let her walk with him. He let her sit next to him. At Vanguard Week she got to sit right next to him when he had his birthday cake. She was so proud. She was finally better than everyone. Even her sister.

And one day Keith bit the bullet and had sex with Clare.  What occasioned this desperate move was that Keith was concerned he might lose Sara. Sara had become Lama Tenzin’s lover. She became buddies with Richard Branson. She had a fabulous apartment in NYC. She came and went as she liked. And any day now she could just run off and start a new life.

Keith assessed the two sisters. Keith had ridden Sara for the first six years. Sara was the one he promoted. He placed her on the executive board. Nancy doted on her. And now – after all they had done for [including losing some $100 million of her and Clare’s money] Sara was becoming less committed.

Sara was never quite Keith’s slave.

But Clare had potential to become a slave.  So Keith did what any good vanguard would do – he deliberately took Clare on, and started grooming her. Again, this was not because he was attracted to her. Keith did not like hanging out with Clare.

Nancy, Karen, Pam, Lauren, Barbara Jeske and all the others would talk about Clare all the time behind her back. All the inner circle disliked her and still do.  But Keith ordered them to be nice and pretend to be her friend. All of them knew they had to pretend because of her money. The.inner fold hated – or at best disliked – Clare.

Apropos of this scheme to make her think she is well loved when in reality she is despised, I suspect Clare was not branded  – not because she did not want to be branded – but because Allison, Lauren, Nicki, India, Michelle H., Danielle, Loreta, Rosa Laura, Dani Padila etc. did not want her in DOS.

No doubt Lauren came up with a conniving tale to explain to Clare why she was not invited into the branding – once Clare found out about it.  Clare would have been sad to learn she had not been invited into this wonderful sorority and women’s empowerment group. After all, in Clare’s own brain, she is one of the leaders of NXIVM.

And Lauren would have told her  – lying to her —  “Your relationship with Keith is so special and so intimate that we did not want that disrupted or compromised or for you to feel jealous or compromised – because you are so special.”

Keith said in his interview in the recent NY Times article – Clare is so pure, so loyal.

She is not pure.  To her core, she will stab others in the back.  I never met anybody who does not say she is mean.  Not one person I spoke to said she is pure and loyal. She is cruel and conniving.

And if she ever found out that Keith and everyone she thinks are her friends – actually hate her – she might turn on Keith.

Of course, she is partners with Keith in crimes, There is corruption and fraud in legal cases Clare signed off on. She is guilty of that. She is informed about other fraud. She paid for fraud.  She not only observed what Nancy and Keith did that was illegal, she participated in them herself. This the Department of Justice already knows. That’s why she is likely to be charged soon.

At one time, Keith ordered Pam Cafritz to be “best friends” with Clare. No one else would do it. Pam did not want to do it either but she did it. [Keith lost a good slave in Pam when she died.] In fact, not too many know that Clare and Pam moved into 2 Flintlock together. Pam actually had to live with Clare for a time.

One day, perhaps soon, Clare will realize she was only used for her money and everyone who told her they liked her secretly hated her – perhaps because she deserves to be hated  – and only her money had value. On that day – she will turn on Keith.

There is only one problem with this scenario. By that time, it will be too late. She will already have been indicted.

According to what was said in the courtroom yesterday – that indictment will be coming in 4- 6 weeks.

It is a hard thing to say, perhaps, but Clare started off as a victim. She was an awkward, unloved, homely person who suddenly had a family with NXIVM. Even in that family – just as when she was a child-  at first she was less popular than her sister. Then as her sister started to slip away- Clare became popular with her NXIVM family and with her daddy/lover/guru Keith Raniere.

And all her mean traits were enhanced and enabled by Keith and the group, They had to. They needed her money.  That’s all she was ever good for – her money.

One day she will realize it. This NXIVM group – and Keith Raniere – used her for her money. And apropos of Executive Success Programs – she is likely to lose most of it – and lose her freedom too.