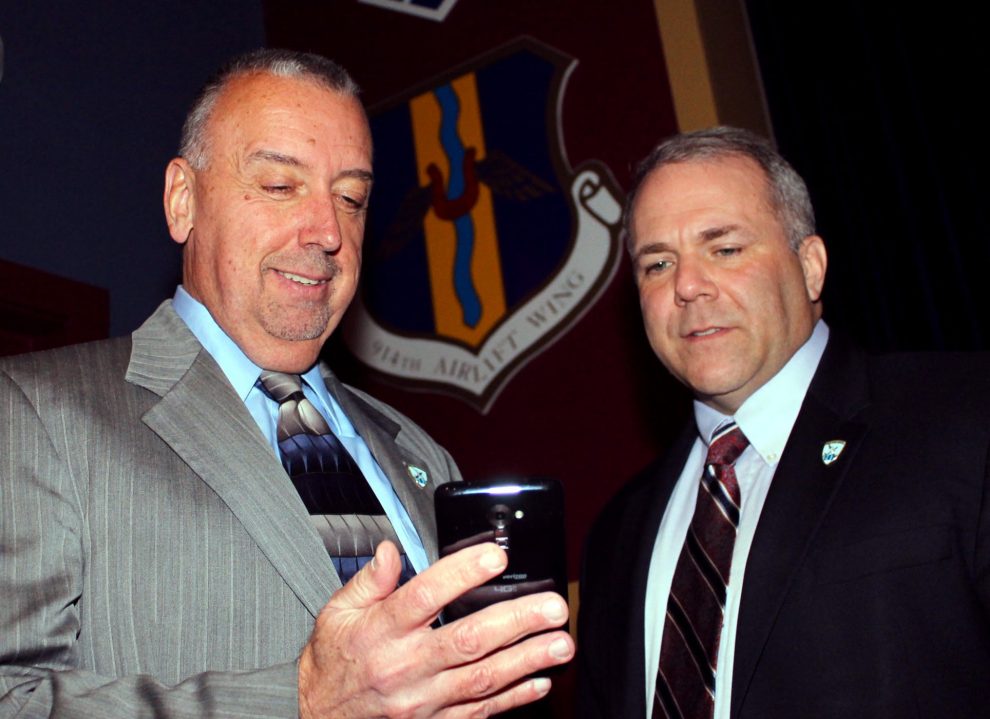 LOCKPORT—County lawmakers will take up a resolution tonight that will formally request that the county’s economic planning facility be renamed in honor of former Commissioner of Economic Development Samuel M. Ferraro.

The Vantage Center, which houses the Niagara County Center for Economic Development, would be renamed the “Samuel M. Ferraro Center for Commerce” under a resolution authored by the County Legislature’s leadership. Ferraro, the longtime leader of the county’s economic development efforts, died in March. That resolution sends a formal request to the Niagara County Industrial Development Agency, which would then pass authorizing language at its July 9 meeting.

Ferraro is credited with generating well over $1 billion in economic investment in Niagara County during his tenure.

“Sam Ferraro was an effective and visionary leader in this government, and someone who was respected throughout the county,” said the Legislature’s majority leader, Legislator Randy R. Bradt, R-North Tonawanda. “He had one focus, every single day, and that was fostering a climate that created private sector jobs for our citizens. He will be missed, but we wanted to make sure he would be remembered by future generations.”

“Sam put his heart and soul into his job, and never took a break from his mission,” Lance said. “He was the epitome of professionalism, but more than that, he got results, and there are thousands of people in this county who owe their livelihoods, in part, to his efforts. We were privileged to have him serve in our county government.”

Legislator Jason A. Zona, D-Niagara Falls, who is the top-ranking member of the Minority Caucus on the Economic Development Committee, offered similar remarks.

“Everyone trusted Sam Ferraro because he was committed to his mission, and never to partisanship. He worked hard for the taxpayers, whether they lived in Niagara Falls or Newfane,” Zona said. “As a Niagara Falls legislator, I always appreciated having an economic development commissioner from the Falls, because I know Sam always believed that growing Niagara Falls’ economy was a critical goal of our county government, and he put in a lot of hours to further that goal.”

Under the resolution, which is sponsored by the entirety of the County Legislature and was drafted by Bradt, along with Legislature Chairman Wm. Keith McNall, R-Lockport, Vice Chairman Clyde L. Burmaster, R-Ransomville, and Minority Leader Dennis F. Virtuoso, D-Niagara Falls, the Vantage Center will change to its new identity as the “Samuel M. Ferraro Center for Commerce,” or the “Ferraro Center” for short, on Labor Day.

County Manager Rick Updegrove, who was long-time chairman of the Economic Development Committee while serving in the County Legislature himself, said he looks forward to making the mandate in tonight’s resolution a reality.

“Sam was a dear friend and a trusted part of this government, so much so that I asked him to serve as my deputy county manager,” Updegrove said. “I needed Sam’s counsel and he always shared the wisdom he’d gained over a long, successful career in government policy that spanned nearly four decades—and more than a quarter-century with Niagara County.”

Updegrove and officials with the Niagara County Industrial Development Agency also spent time late Friday cataloguing Ferraro’s accomplishments as executive director of the NCIDA, a dual role that he shared with his commissioner of economic development duties.

“Even projecting conservatively, during Sam Ferraro’s tenure NCIDA projects represented $1.36 billion in investment and created more than 3,200 jobs,” Updegrove said. “Naming the building that houses our IDA and our Economic Development Department for Sam makes a great deal of sense.”

The chairman of the NCIDA’s board of directors said he expects the board will be eager to honor Ferraro in this manner, and thanked the Legislature for moving the measure forward.

“Sam Ferraro Ferraro was a billion-dollar growth engine for this county, and that is a legacy worth remembering—and honoring by making sure our economic development activities honor the man whose name we will be putting on the building,” NCIDA Chairman Steve Brady said. “Just as important as his results, though, was the way Sam conducted his business—with integrity, honesty and thoughtfulness for the people he ultimately served, the people of Niagara County.”