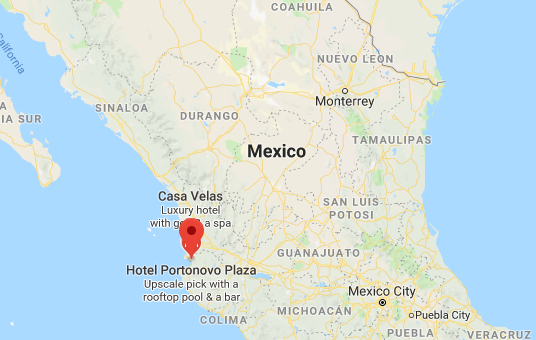 According to Telesur there have been 121 political candidates in Mexico this last campaign season.
This might explain why Mexican mainstream media has been a little shy about writing too much about NXIVM – considering the ties it has with Emiliano Salinas, son of the brutal and murderous former president of Mexico, Carlos Salinas.
One Mexican journalist from one of the largest media outlets told me personally that if Carlos Salinas knew he was going to write about his son and NXIVM, Carlos would have him killed.
At the time I thought he was being melodramatic. But the story below makes me reconsider.
Here is the English translation of the story.

Fernando Angeles Juarez, the mayoral candidate for the Democratic Revolution Party in Ocampo, was gunned down leaving his hotel Posada del Bosque in the state of Michoacan. Angeles died at the scene and no suspects have yet been identified.

His death brings the number of politicians murdered since September 2017 to 121, making this the most violent electoral season in Mexico’s history.

Hours before, Omar Gomez Lucatero, an independent candidate for mayor of Aguililla in Michoacan, was murdered Wednesday night next to the local cemetery, close to a military barracks.

The governor of Michoacan vowed to carry out detailed investigations to find the people responsible.

“I express my firm compromise to find the people responsible of the murder of Omar Gomez Lucatero, a mayoral candidate for the Aguililla municipality, in events that took place a few moments ago, and bring them to justice.”

According to local newspapers, Gomez was shot dead exiting his home in Las Palomas community, in Tierra Caliente. The region is located between the states of Mexico, Guerrero and Michoacan, and is plagued with criminal organizations, including the Jalisco Nueva Generacion and the Nueva Familia Michoacana cartels.

In a video uploaded to social media, the cousin of Gomez Lucatero says an armed group arrived at the candidate’s house and forced everybody to leave before executing him. He blames the local candidate of the Revolutionary Institutional Party (PRI), Osvaldo Maldonado, for the murder.

Gomez was running as an independent candidate after he left the PRI. He became the mayor of Aguililla shortly afterward in 2014 when Jose Cruz Valencia was arrested and had to leave office.

Angeles and Gomez are the latest victims of attacks against local politicians running for office in the upcoming elections. Similar attacks recently killed Alejandro Chavez Zavala, who was running for mayor of Taretan, and Miguel Amezcua Manzo, aspiring town councilor of Santiago Tangamandapio, both in Michoacan state.

Chavez and his wife, Mary Dimas, were shot by an unknown assailant driving a black Ford Lobo while leaving the city following a campaign event. Alejandro’s brother, Julio Chavez Zavala, took his place in the presidential race.

According to consulting firm Etellekt, there have been 121 murders and 400 attacks against politicians since September 2017. Out of the murdered, 29 were precandidates and 16 candidates, and 80 of them belonged to opposition parties. The rest were mayors, former mayors, militants, social leaders, councilors or representatives.