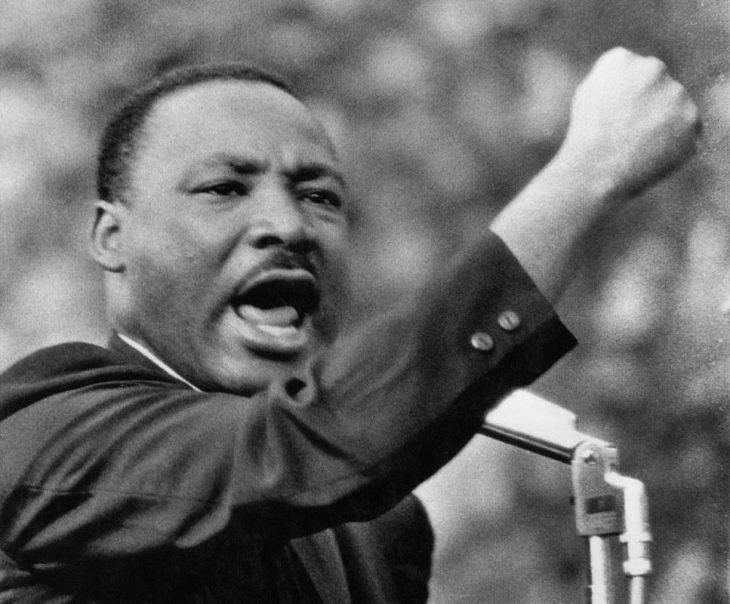 By George Cassidy Payne
Dr. Martin Luther King, Jr. was a radical economic thinker. In his 1967 book, Where Do We Go From Here: Chaos or Community? King wrote, “the programs of the past all have another common failing-they are indirect. Each seeks to solve poverty by first solving something else.”

Think about it. In order to solve poverty, governments convene task forces to create jobs. Poverty means that people are poor. What they need is money. Although jobs may lead to money, they are not money. In similar fashion, governments talk endlessly about prevention education, but what has prevention education ever done for someone who is poor other than tell them what they should have done not to become poor in the first place? Program after program fail because poor people need money and can’t get it. They do not need studies, research papers, websites, fancy buildings, grants, volunteer opportunities, art projects, and pats on the back.

King also wrote: “We have come a long way in our understanding of human motivation and of the blind operation of our economic system. Now we realize that dislocations of the market operation of our economy and the prevalence of discrimination thrust people into idleness and bind them in constant or frequent unemployment against their will. The poor are less often dismissed from our conscience today by being branded as inferior and incompetent. We also know that no matter how dynamically the economy develops and expands it does not eliminate all poverty.”

One of the positions that made King so radical is that he strongly endorsed the policy of a guaranteed income-or a universal basic income. King wanted the government to fight poverty by providing every American a guaranteed middle-class amount of cash to invest, save, or spend. “We must create full employment or we must create incomes. People must be made consumers by one method or the other. Once they are placed in this position, we need to be concerned that the potential of the individual is not wasted. New forms of work that enhance the social good will have to be devised for those whom traditional jobs are not available.”

Actually a variety of countries have experimented with the idea of a universal basic income. Germany, for instance, has given the idea considerable attention. Positing all of the major counterarguments, the Germans decided against implementing it on logical grounds. They feared that people will spend their basic income on alcohol and drugs. They predicted it would spawn an attitude that is anti-work. They stated that it would require a complete restructuring of taxation, social insurance and pension systems. What is more, they thought it would bring unwanted immigration, a rise in the shadow government, and more taxes that would backfire by causing more inequality. Ultimately, the Germans ruled that there is no viable way to finance such an expensive and revolutionary program.

Yet the idea lingers on in the imagination of liberals and conservatives alike. Thoughtful observers of contemporary financial trends know that the idea is practical and perhaps essential. Mark Zuckerberg and Elon Musk have both argued that automation will take away most jobs in the coming years, and that a basic income structure is the only mechanism that will protect humans from being taken over entirely.

Put more ideally, a guaranteed income would increase economic growth because it would sustain people while they invest in education to get appealing and stable jobs. Many commentators have pointed out that it provides opportunities for people to pursue different occupations and develop untapped potentials for creativity. Such a system lays the conditions for increased leisure time, which has always been the most significant catalyst for art, philosophy, and science.

I do agree that a basic income is a necessary component of any anti-poverty initiative. But I also sympathize with the Germans who saw several disadvantages which cannot be easily dismissed. What if a city government- perhaps my adopted hometown of Rochester, NY- were to address its decades long housing crisis by offering a universal security deposit voucher in the amount of $1,000 for anyone earning less than 30,000 a year? Is that so radical? Anyone who has worked on the housing issue knows that one of the biggest obstacles that poor people face in terms of getting independent housing is a security deposit. Anyone who has worked on the poverty issue knows that one of the biggest factors that keep people in poverty is the lack of safe and affordable housing. A basic security deposit guarantee for the most vulnerable demographic seeking housing helps to solve two major social problems at once. The money would go directly to the landlord’s special account, avoiding the risk of being squandered or redirected to some other need besides housing. Only landlords that meet certain standards of professionalism would qualify for this program. The key words in this transaction would be efficiency, fairness, oversight, and tangible results.

In Rochester, there are a number of civic and nonprofit agencies that claim to provide help with attaining rental assistance including security deposits. Unfortunately these services are often encumbered by a number of inbuilt limitations. For example, they are one time only loans, restricted by geographical range, based on referrals rather than cash in the landlord’s mailbox, and more often than not, dished out sparingly by overanxious, overburdened non-profits with a poverty mentality themselves; that, or they are just plain ineffective due to lack of planning and effort. This may sound overly critical, but the statistics and stories validate my assessment. For those agencies that deliver security deposits as advertised, they should be commended and copied. That type of direct support often makes the difference between someone getting off the streets, working towards a new job, or raising children in a stable environment.

As King understood in the late 60s, the way to fight poverty is to give the poor some weapons to fight the war with. There has never been a better weapon in human history to fight poverty than the weapon that destroys poverty just by being wielded in battle. Rochester could become one of the few cities in the world to offer a basic security deposit guarantee for its low income citizens. I don’t think that is too radical a proposition. The money to pay for this could be generated by a combination of sources including federal allowances, State grants, municipal taxes, and non-profit charitable donations. If carried out in earnest, the universal housing fund that I have described could be one of the most pragmatic civic policies ever put into action.

In religious terms, Dr, King put this matter as only a Baptist preacher could:

God never intended for one group of people to live in superfluous inordinate wealth, while others live in abject deadening poverty. (Strength to Love, 1963)

George Cassidy Payne is an independent writer, social justice activist, and adjunct professor of philosophy at SUNY. He lives and works in Rochester.