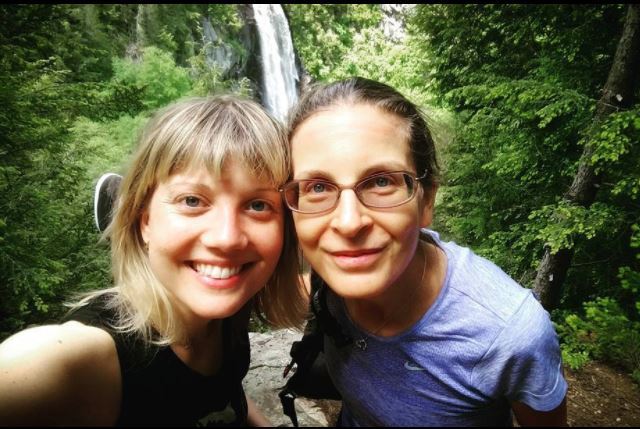 nnapurna Pictures is reportedly working on a scripted TV series on NXIVM – based on Barry Meier’s NY Times story. So to help Annapurna out, I thought I would submit a sample scene – featuring Clare Bronfman and Nicki Clyne.  I had to borrow a little from Stanley Elkins’ now obscure story “The Question” to help set the scene and provide the denouement. ]

Clare gestures to Nicki to take a drink of Seltzer water.  Nicki takes a sip, then looks nervous. She checks to make sure there is zero calories.

Zero. Good…. OK, so why – why – when you can only afford to pay me $15 per hour – why do you spend millions every year on lawsuits?

Clare sitting behind her desk petting a hairless cat.

It is my duty I promised Keith, to uphold ethical justice.

Is that all it is to you? A duty to Keith?

Nicki leans forward close to Clare and speaks almost in a whisper.

But you paid for it?

I paid enough for it.

Nicki leans back and keeps looking at her never taking her eyes off her.

Only a duty to Keith? But you enjoy it, don’t you?

Clare puts the cat down – who seems happy to escape her fondling. She stands and faces Nicki. Closeup shot of Clare [may need special filters on camera]

You work with lawyers. Dozens of lawyers. Traveling to court. Going to the grand jury. Paying for people to secretly help the DA get an unethical person indicted. And you have to worry about corrupt judges.

Then what to say in civil court and what to say in criminal court and keeping your stories straight. It’s not easy to uphold justice. You can’t tell lawyers everything. They aren’t all Billy Savinos. They never work hard as they should, They always want more money. Keith doesn’t want them paid more than they deserve. That’s ethical justice too. I have handled more than 25 lawsuits. I spent thousands of hours. Sometimes we get somebody arrested. But not often enough. All the people we sue are in a daze at first; sometimes they’re frightened. They’re broke or soon will be. That’s part of justice – not letting them keep unethical money.  It is expensive to go to court – to hire lawyers and we control enough of the world’s wealth and the person doesn’t. Sooner or later, he runs out of money.  Sometimes it’s a woman, and a woman can be harder to sue than a man when she is being sued in one court and a criminal investigation is going on in another and we are using what she says in one lawsuit to use in the other. And sometimes you bring her in on a deposition as a witness in yet another case, where we are suing someone else and something she might say we might be able to use against her in criminal or civil. This is hard work of ethical justice.

Sooner or later, the unethical person gets unnerved. And that acts as a deterrent to others who would do unethical things. Unethical people talk to one another. But there is a harsh moment before every lawsuit. You go to the attorney. He prepares papers. Your hand is on the control switch.  Vanguard says, “now!” You order the attorney to hire the process server. The process server – or when there is true justice – law enforcement. He arrives at their home and it hits the body of the person like a tremendous rush of air suddenly filling it. The doorbell rings, the person being served or arrested leaps out of the chair to get papers or handcuffed – and with only the shock of knowing they are now up against Keith.

The head jerks, and a curl of fear comes from it. The process servers tell us –  Rambam told us – Rodger Kirsop told us – he likes arresting people – because he likes ethical justice.  We don’t – just so you understand – we don’t have to win final verdict to get ethical justice. We win the moment we unleash Keith’s powerful justice. Everyone talks. The pursuit of ethical justice keeps others from being unethical and attacking Keith unethically. It keeps others from breaking the confidentiality agreement. It’s unethical not to uphold your word. We begin the lawsuit and they know their life will never be the same. Do they have secrets? What do we know? They know we preserve records and have money to pay for private investigators, and hire attorneys – with one goal in mind – ethical justice. They don’t have the same desire – all they want is to stop. We hire the best lawyers. Good lawyers like Bill Savino who we don’t have to explain anything. He knows what we want – ethical justice.  He helps us get it.

Sometimes they were your friends. They were Keith’s lovers!

Ethical Justice requires no distinction – Keith says. And he who has the most justice wins. When he tells me to give the green light to attorneys or private investigators – or a friendly state trooper – you see clearly how the ethical use of the legal system is going to bring ethical justice  – sometimes it is a friend  – but as Vanguard says – there is nothing more important than justice. Sometimes a state trooper or a private investigator will tell us what her body, and what her face looked like – when she got the papers and Keith speaks of how it will age her every time she goes to court and is despondent, frightened, maybe suicidal. The unjust person is taught ethical justice. It is work and it is a tireless, endless, thankless task…. Enjoy it?

That was the question I asked.

That was what you asked me, as if I didn’t have the same feelings deep down in me that we all have. Enjoy it?  But, my God, how could anyone not enjoy it!