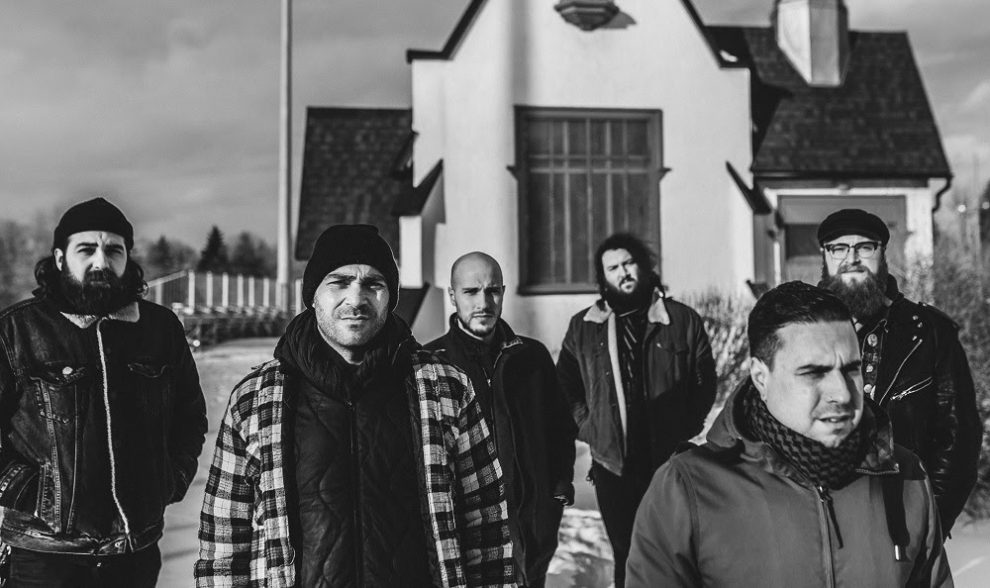 Canadian outfit to unveil new music video and tour in

support of 2017 debut album, set to appear on Pink Floyd

Canadian heavy stoner rock sextet WhiteNails makes its first sojourn beyond their southern border this summer, when they’ll hit the road for nearly a month opening for co-headliners Black Tusk and WHORES. across the eastern half of the United States.

WhiteNails has made rapid progress since arising from the heavy rock underground barely two years ago:

Their debut LP, First Trip, was ranked #5 on Magnet Magazine‘s Best Hard Rock Releases of 2017, and was honorably mentioned on The Obelisk‘s Top Debut Albums for that year.

Guitarists Taylor Johnson and Danahé Cote both became endorsed artists, with Taylor chosen as a brand ambassador for Laney Amplification, and both guitarists selected to represent PureSalem Guitars (who count luminaries Dave Catching and Billy Gibbons in their artist gallery).

And WhiteNails’ cover of “Waiting for the Worms” will be featured on Magnetic Eye Records’ upcoming THE WALL [REDUX], the massive re-imagining of the iconic Pink Floyd album, alongside heavyweights like The Melvins, ASG, Pallbearer, Mark Lanegan, Ruby the Hatchet and Sasquatch.

Catch WhiteNails on tour this August and September on the following dates and cities that includes several coveted festival slots:

WhiteNails formed when guitarist Taylor Johnson (ex-Atomis) relocated to Quebec, met local tattoo artist and guitarist Danahé Cote and agreed to jam in Cote’s “side project.” Within six months, the electric six-piece, who plays amped-up heavy rock roll full of massive riffs and vintage swagger, was opening for The Sword and Royal Thunder in testament to the group’s undeniable chemistry.

“Like a fever dream where Black Sabbath, Kyuss, and Jimi Hendrix decide to form a band, WhiteNails proudly displays a sweaty good time in each distorted note… a really enjoyable record.” – NEW NOISE

“WhiteNails is a six man band that excels in creating some fantastic groove-oriented heavy rock ‘n roll, with fuzzy riffs and stirring rhythms. Everything on WhiteNails’ ‘First Trip‘ provides an enthralling adventure of exploration and eventual sonic bliss.” – RIFF RELEVANT

“They seem to take a page out of the Swedish stoner-rock playbook here, with just a touch of Danzig…especially in the vocal department. The closest comparisons I would draw to WhiteNails hail from across the pond—Truckfighters, Graveyard, maybe a bit of Lowrider, yet with some of the radio-friendly sensibilities of Priestess.” – HELLBOUND

WhiteNails is available to speak with interested media in advance of the tour as well as on the road. To arrange a chat with the band or request a review copy of First Trip, contact Jadd@redleadpr.com