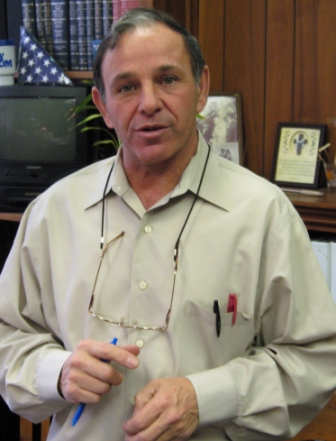 North Tonawanda Alderman Austin Tylec, 26, found himself in a tempest in a teapot.

He was fined by the city’s building department because he failed to get a permit for work done on his home. His mother came to City Hall, got the permit and paid the fine for her son – ending an escalating battle between him and the building department that was threatening to boil over into court action.

Tylec, who has a master’s degree in architecture, and works for a company that buys and sells houses, said he bought his home on Center Ave. to live in, not flip. The house had been vacant and improperly winterized. The radiators were blown. The roof needed to be replaced.

What did he do wrong?

Tylec said the reason he didn’t get a permit was because he didn’t know it was required.

“In my line of work, I do a lot of commercial architecture, not residential, so out of sheer ignorance of just not knowing, I did the heat without getting a permit,” Tylec told the Reporter.  “We were replacing a tankless water heater, so I figured, ‘why would you need to pull a permit on my own home that I’m living in for things that just don’t work that need to be replaced?’”

How did he get caught?

Tylec explained, “I pulled a permit to get the water meter done and that guy must be tied in somehow and he took a photo of the tankless water heater and then ratted me out.”

Tylec is a registered Independent, endorsed by Democrats.  The North Tonawanda City Council is controlled by Republicans. The Mayor is Republican.

Council President Eric Zadzilka, also a Republican, said politics wasn’t the issue.  He told the Reporter he spoke with Building Inspector Capozzi about Tylec only after it had gotten out of hand.

Zadzilka said, “Apparently one of the guys who was going to do an electrical inspection tried to remove himself from the situation, basically saying he did not want to do it because so many serious things had been done that it needed to be dealt with by Cosimo, the boss.  “Cosimo said to me, ‘Austin Tylec didn’t have the right plumbing permit and then he lied to me and said he didn’t do the work and then I made him go back and get the right permits,’ Zadzilka said.

Tylec had a different take on events.

“I get a call from our building inspector [Capozzi] who says, ‘this is a sensitive situation’ because of my political standing. I also heard that there were Republicans breathing down his neck about going after me for it, which is ridiculous.”

A dispute over the inspection

Capozzi did an inspection of the house with Tylec.

Tylec said, “He was telling me all these things that needed to be done and I was hardly following what he was saying, which is funny considering I’m in that line of work.”

“That was the surprising thing,” Tylec said. “I can take the heat, but I can only imagine the way he speaks to residents and that’s the sad part. I have heard stories of lawsuits and threats and that’s not the department we need.”

Asked whether Capozzi swore, Tylec responded, “Yes. If I could record the conversation I had with him, it would say a million words.”

“I tried to be nice to this kid because he’s new,” Capozzi said. “He just got elected. I told him, ‘In your position, you cannot give the appearance of impropriety and, you should not put my department in that position. I get it, you’re 26. At 26, I thought I knew it all.’ He says he knows it all because he has a degree in architecture. I told him ‘I have a master’s degree in life.’ I wish he had taped the conversation. I did not swear at him. I spoke to him as father to son. ‘You’re new to the game. You’re new to this position you’re in. You cannot give the illusion that you are doing something improper or that you are getting a benefit.’”

It was not that Tylec did nothing right. He got a permit for a new roof. Even here there was an issue.

About a week before the roof was finished, Tylec, along with other members of the common council, department of public works, other city employees, and the public, attended a workshop where trash removal in the city was discussed. The problem is some residents throw out construction debris – instead of placing it in dumpsters – a code violation. Discussing solutions, Tylec agreed with his fellow aldermen that violators be fined.

A week after the workshop took place, somebody called the city about garbage piled in front of Tylec’s house. Code Enforcer Rob DePaolo went there and found 17 bags of garbage. Upon inspection of the contents, he found there were bags of roofing shingles – the very violation discussed at the workshop where Tylec agreed violaters should be fined.

Tylec told the Reporter he had a dumpster, but “the roofer people had too much stuff so they had some extra black bags left after the dumpsters were full.”

Zadzilka pointed out that Tylec’s not getting a permit, and evidently trying to throw out construction debris as trash, was exasperating since Tylec “dwells so much on ethics.”

“He is always the first to declare that others should follow the rules,” Zadzilka said.

Tylec, who is in his first term as City Alderman, ran on a platform of ethics and the need for accountability. He recently floated the idea of creating a special North Tonawanda ethics panel.

As for Zadzilka’s suggestion of hypocrisy, Tylec argued he is being singled out because he is not aligned with Republicans.

Where does it end?

The normal fee for the permit Tylec failed to get is $145. Capozzi ended up charging him $290.

“My intention of doubling the permit fee was to give him an out,” Capozzi said. “He’s not the first guy to work without a permit. We catch them every other day here. This was a way for him to acknowledge he did something improper and make it right. Then move on. … All he needs to do right now is get the rest of the work done, have the final inspections, and move into his beautiful new house.”

While admitting he was wrong not to get permits, Tylec added that he is going to press for changes in the building department.

“Now that I know, I can’t refute that people need to get [permits], but I do believe that a lot of residents have a problem with how our department is run. A lot of people have a problem with how difficult they make it for people to do renovations on their own house. Basically, that the entire process is over the top. Even for people like myself, he was intimidating. I think Cosimo needs to be more approachable and less intimidating.”

“I bend over backwards to help people. As long as you are willing to accept the help. If you want to argue and fight us, we have a job to do. Our number one job is safety,” he said.

But Tylec paid the fine, and is in compliance?

“He didn’t ultimately comply, but his mother did,” Capozzi said.