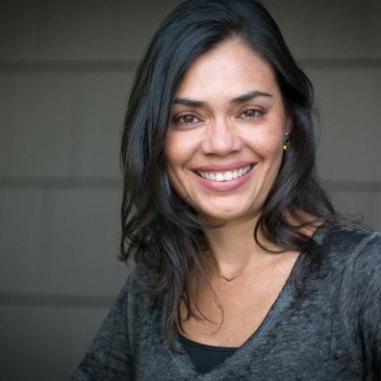 This is the first part of a series on neighbors views of Keith Raniere and his cult.

A number of neighbors in Knox Woods spoke with Artvoice about the presence of Keith Raniere and NXIVM in their neighborhood.

Keith is gone and so are most of the NXIVM followers who once lived there.

On a circle called Minuteman – a nice enclave of town houses in Knox Woods – neighbors said there were – up until Raniere’s arrest in March – a number of NXIVM members who lived in at least two different properties. They moved out and Minuteman appears to be NXIVM-free.

One NXIVM property was rented to a non-NXIVM couple and the other is vacant.

Neighbors said they could determine if a home was a NXIVM house: There were cameras on the houses pointing outward and a small satellite dish on the roof.

These were removed as soon as NXIVM members moved out – it was observed on Minuteman, Wilton Court and elsewhere.

Knox Woods is a low crime area. It is quiet – with middle class homeowners in town homes selling for $140,000- $300,000. It is not rich enough to attract high level security concerns and neighbors seem to watch out for one another.  The grounds are nice – with an abundance of trees and curving roads – and little inclines that change the topography slightly and add to the beauty of this suburban locale. People tend to stay here for years.

Around Knox Woods there did not seem to many town homes with cameras on the outside -other than NXIVM properties. And again few or no people have satellite dishes – other than than NXIVM.  It was surmised that the dishes on NXIVM homes were not for television reception – since cable is readily available – but for some private means of communication among NXIVM members – perhaps via a computer server.

At least one neighbor went to the homeowners association to object to cameras on one NXIVM house – for the cameras were trained outwards on another NXIVM home –with several homes in between.  The neighbor objected because the cameras on the home would be able to surveil  people coming up and down the street and in front yards of other non- NXIVM homes.

The camera on this one home – was pointed at the home where DOS slave Monica Duran lived.  Monica does not live there any more. She moved after Raniere’s arrest and is believed to be in Mexico. The house was rented out to a couple – who are believed not to be NXIVM members – especially since they work – and the satellite dish and cameras were removed.

The purpose of the cameras on the other home evidently was to keep on eye on Monica’s house and the neighbor thought it was a bad precedent: NXIVM owns so many houses in the area and if they all have cameras pointing outward, across and down streets etc- they would soon have their own community surveillance to spy on neighbors.

One neighbor told me that Keith would frequently come by Minuteman– on foot – and walk right into Monica’s house. He would not knock.

All over Knox Woods, neighbors said they often saw Keith walking – either alone or with one or more young, slender and often beautiful women.

Some were disgusted by his adolescent antics. He was frequently holding hands with women – and there were always different women he walked with. He would hold hands with one woman – one hour and be back walking later with another woman – holding hands.  Sometimes he would seem to be very affectionate – too affectionate for a middle age man – on a public street with an attractive much younger, slender woman.

At one house on Minuteman  – neighbors told me there was an unusual number of UPS drop offs. As neighbors were discussing this unusual UPS activity, a UPS truck pulled up and the UPS driver delivered a package to the house – despite the fact that it was empty – and NXIVM members moved out and the cameras and satellite dishes had been taken down.

One neighbor remarked sadly about Monica – that she had no work – remained home all day – and in sense – waited around for Keith to pop in.

More than a year ago, she got his permission [before he was arrested] to go visit her family and she told the neighbor when she came back that she was so happy to be able to see her family. This year Monica left – it is not clear when – but probably about the time Raniere fled to Mexico.

Monica has not returned to Knox Woods since Raniere’s arrest as far as is known.

Poor Monica. No children – no work – nothing to do with her life except to be on hand for assignments from the cult – and her house monitored by camera from a neighboring house. She could not even have a visitor without it being recorded on camera. Maybe she could slip out the back door.

So much was the Raniere-camera-concept known to neighbors – that while some of them did not know the name NXIVM- everyone knew there was a cult and they kept cameras on their houses – trained outwards and had satellite dishes on the roofs- that’s how neighbors identified cult houses – that plus occupants that were single, slender women.

One last story on the cameras.  Someone – believed to be a non NXIVM – had been putting out poison to kill a pesky cat.  And it turned out a dog ate it and got sick or died.  It was observed that the NXIVM house had cameras trained in the direction where the poison was found. Raniere’s cult cooperated with police – providing video footage that showed the culprit leaving the poison. He was identified and arrested.

It is not known how many other things neighbors did that were observed by NXIVM cameras.

Before we go on to other things in our next post – some of them far more bizarre and disturbing – that neighbors observed, I was struck with a feeling of sadness – for Monica.  Cameras on her house. Cameras watching her house. UPS packages being delivered – quite possibly something illegal going on with those deliveries.  No work  – except to serve Raniere and his cult. Staying at home – all the best years of her life. She came I believe when she was in her 20s;  she is now perhaps 40. No children – no husband – nothing – nothing to do in life for her but to wait on Raniere – who would show up from a walk – whenever he wanted and walk right in her door.  The rest of the time she waited.

Now he is gone. He won’t be walking into her home anymore.  What does she do now? Still wait?