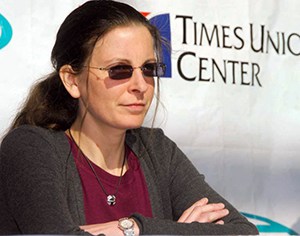 For the record – after appearing at my previous court hearings in the Western District of New York, Clare Bronfman’s attorney, Andrea K. DiLuglio of Woods Oviatt Gilman, did not attend my last court appearance on June 22.

DiLugio would not speak at the hearings. She would just sit in the audience and take notes.

The only difference between the June 7 and June 22 hearings I can immediately point out is that in between on June 12 in Brooklyn – at Keith Raniere’s bail hearing – the Eastern District of NY AUSA Moira Penza made it pretty clear she was going to indict Clare Bronfman.

And at my June 22 court hearing – Savino’s colleague did not attend.

Many are my memories of Bronfman and her attempts to destory me.

I recall that back in 2015, one of my attorneys, Dennis Vacco, met with then-Assistant US Attorney Anthony Bruce.  Bruce later led a grand jury to indict me on Bronfman-Raniere charges, then he promptly retired.

Back then, prior to my indictment, AUSA Bruce said to my lawyer, “Your client stole from the Bronfmans. Clare will make a good witness. She presents herself well. She’s a fine young lady. And a victim too.”

My attorney said, “Your witness is in a cult.”

Bruce: “If you say she’s in cult – I know this young lady – she’ll come right over and slap your face.”

My attorney: ” I hope she does slap my face — in front of the jury.”

Throughout the four or five years the DOJ investigated me prior to indicting me, there is ample evidence that AUSA Bruce worked closely with Bronfman attorney Savino.

On Aug. 20, 2015, Bruce told one of my attorneys, James Milbrand, that “Bill Savino wants the Bronfman’s included in the indictment, not that this office (DOJ) necessarily does what Bill Savino tells us to do.”

Savino and Bruce knew each other well. Both are adjunct professors at UB Law School. Raniere is known to incentivize people if they procure indictments against enemies.  Bruce led a grand jury to do just what Savino wanted him to do – indict me on Bronfman charges — that I defrauded them out of one million dollars.

It may have brought joy to Savino when I was indicted. His career at the time was said to be uncertain. he may have been very dependent on Bronfman cash.

How much – if anything – Savino was paid for my indictment is anyone’s guess. Whether he shared his sudden fortune with others is not known.

Ultimately the government – after Bruce retired – dropped the Bronfman charges.

For many a year, Bronfman continued to spend money trying to destroy me.  Up until my court appearance on June 7, 2018, Bronfman sent an attorney from Savino’s office to monitor the hearings.

At my June 22 court hearing – she did not attend.  Perhaps Clare was mustering resources for her own upcoming indictment.

It is always the case – even if the smartest man did not know it – that when we go to dig another’s grave – we should always dig for two.

Salzman retains legal heavyweight, former US Attorney Michael Sullivan — will fight to keep Raniere’s sex lair- claiming she owns it!
Neighbor: Allison Mack befriended 8-year-old girl – and seemed to be grooming her- said to have fondled her
Comment