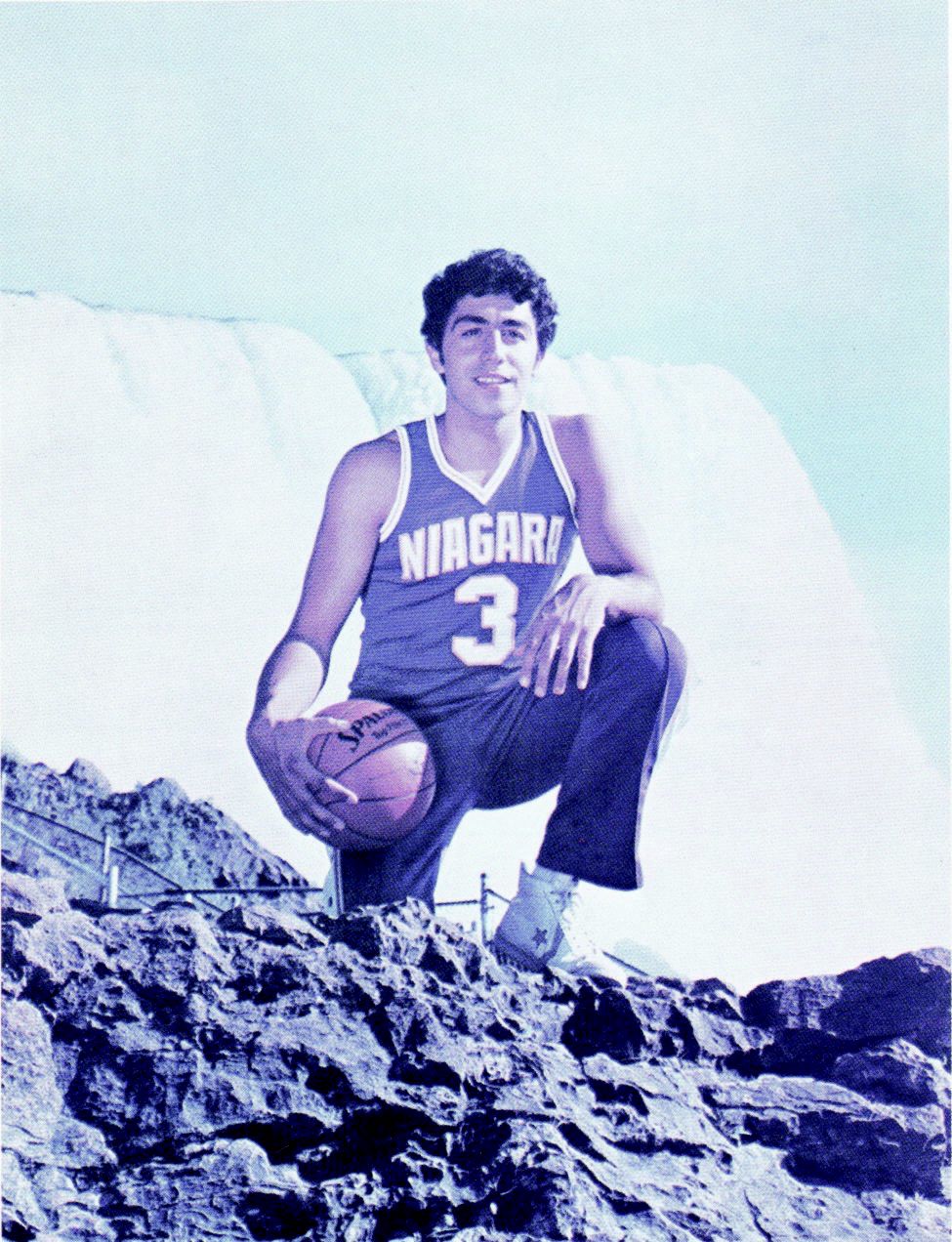 NFL Hall of Fame quarterback Jim Kelly’s courageous fight against cancer saddens me and thousands of other Western New Yorkers. As we continue to pray for Jim’s recovery, I cannot help but to similarly remember a great local kid, a 4-sport phenom, a champion, a dear friend, and a member of the Greater Buffalo Sports Hall of Fame named Phil Scaffidi. Posthumously inducted in 2005, Scaffidi, like Kelly, showed us great courage and perseverance in battling cancer.

Scaffidi excelled in football, basketball, baseball, and track at St. Joseph’s Collegiate Institute in Buffalo. He earned All-Catholic honors in all 4 sports in his junior and senior years: Phil was certainly an extraordinary athlete, thus making him special and celebrated by local sports fans.

In football, Phil was an All-Catholic quarterback, impressively running Coach Tom Reddington’s veer offense and often optioning and bursting off-tackle into the secondary for long runs and touchdowns.

In basketball, although not a great scorer, he was a ball hawk on defense, running down and taking possession of every 50-50 ball because of his incredible, closing speed; aptly put, he was the consummate point guard, dribbling and penetrating past defenders, getting to the paint, and distributing the ball to open teammates for easy buckets. Scaffidi led the Marauders to Manhattan Cup Championships in 1973 and 1974, under St. Joe’s Coach Dick Bihr, and was named Tournament MVP in 1974.

Phil’s prowess in baseball was nothing short of spectacular as a standout shortstop, who could put on a baseball skills clinic, almost to perfection: hitting, fielding, firing Philly fastballs, stealing bases, and scoring runs. In track, Phil’s sprinter speed not only gained him recognition in the 100-yard dash, locally, but he also was a member of the national, record-setting, 4 x 4, 880-yard, relay team at the Penn Relays in 1972, honoring St. Joe’s Coach Bob Ivory with an unforgettable, sprinter performance for the ages.

“Scaffidi was probably one of the three best all-around athletes ever to come out of Western New York,” said Joe Wolf, St. Joe’s athletic director. After graduating from St. Joe’s in 1974, Phil was drafted by the Pittsburgh Pirates as a shortstop in the ninth round of the 1974 major league draft and played two years of Class A pro ball before returning to play basketball at Niagara University (NU) where he was offered a scholarship by then Coach Frank Layden, prior to the 1975-76 season. Coach Layden immediately inserted Phil to his starting point guard position at NU, and leading led the Purple Eagles to a berth in the National Invitation Tournament (NIT) in Spring 1976.

Sadly, Phil was diagnosed with adrenal cancer in 1979; Phil had surgery and amazingly returned to NU’s line-up in 1980, breaking the NU assist record before a packed house crowd on-hand to witness Phil’s courage and history being recorded. “He got a standing ovation, took the ball up to the stands and gave it to his dad, which was touching,” recalls Joe Wolf, then St. Joe’s Athletic Director.

Tragically taken too soon, Phil’s legacy is far-reaching and still painfully affects me today when admirable qualities like courage and perseverance are mentioned, I think of Phil and become emotional. Phil was humble, inspiring, kind, and very approachable: Phil was the prince of North Buffalo and Kenmore; he is and will continue to be sorely missed. Importantly, Phil’s life is a resonating reminder of what great men do with their lives in extraordinary ways. God blessed Phil on earth, and God continues to bless Phil in Heaven.

Al Bruno is a teacher and writer