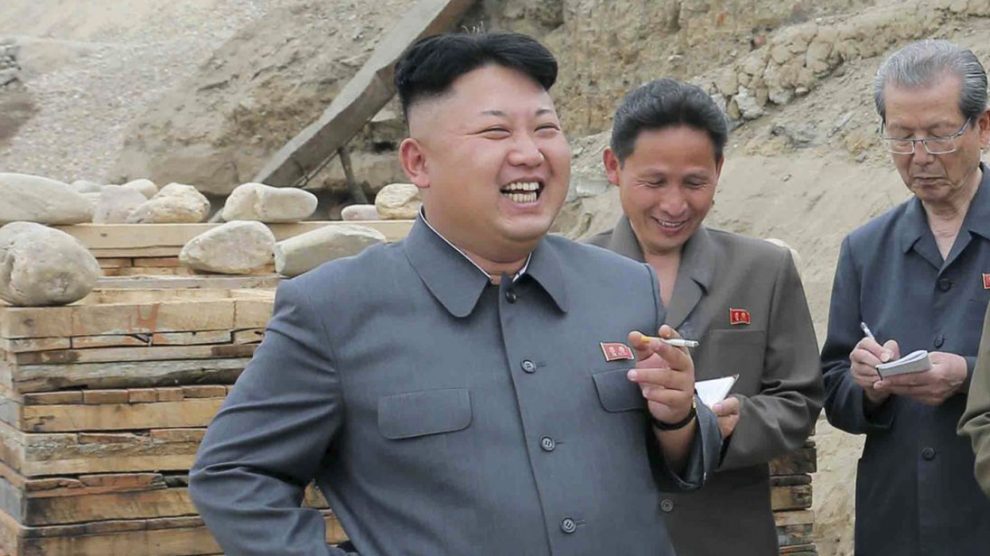 It’s clear by now that Donald Trump’s belief in diplomacy by force of his personality is a complete failure. Our historical friends are now our enemies and our enemies have been playing trump for a fool. Trump’s so-called charm offensive and his handshake deal were worthless to North Korean leader Kim Jun-un. The only thing of value to come from the comical summit between Trump and Kim Jung-un is exposing just how ignorant the U.S. president really is when it comes to negotiating on the world stage. Trump sent Secretary of State Pompeo to North Korea to continue Trump’s idea of negotiation. The response from North Korea was brutal.

“It was so regretful what the U.S. side had shown in its attitude …. the U.S. side came up only with its unilateral and gangster-like demand for denuclearization just calling for CVID (comprehensive, verifiable, irreversible denuclearization), declaration and verification, all of which run counter to the spirit of the Singapore summit meeting and talks.” In other words, the U.S. under Trump doesn’t know how to negotiate it only knows how to demand, because we have a spoiled brat leading our country. It doesn’t matter because little Rocket Man isn’t going to budge just because Donald Trump wants a politcal prize without working for it.

What the North Korean foreign ministry actually said n its statement of July 7  speaks directly to the longstanding differences between Pyongyang and Washington.

Here are my brief assessments:
• The North Koreans believe Trump promised “a new way” to deal with US-DPRK relations and denuclearization, namely, step by step. Their view is clear: denuclearization comes last, not first—a longstanding position. Instead, Pompeo brought only renewed US insistence on the old US position: CVID.
• In the North Koreans’ mind, the joint US-DPRK statement out of Singapore laid out three priorities (and in this order): creating a “peace regime” on the Korean peninsula, improving relations, and denuclearization. But the US is riveted on the last, they say, and has offered nothing on the other two.
• What does a “peace regime” mean? Some observers think it means terminating the US military presence in and defense obligation to South Korea. But the North Korean statement says otherwise. “Peace regime” means a “declaration of the end of [the Korean] war at an early date”—replacing the armistice with a peace treaty, which “is the first process of reducing tension…” The statement makes no demands about the US-South Korea relationship other than to dismiss as inconsequential Trump’s decision to suspend (not end) the joint exercises that had been scheduled for August.
• The statement emphasizes trust building. That’s the key argument for a phased approach to denuclearization: establish a peace regime to defuse tension and build trust. Only then will the North Koreans feel secure enough to take action—exactly what kind, we still don’t know—on denuclearizing. And the North Koreans maintain that they have taken a few trust-building actions, listing dismantlement of a test area for a new ICBM engine and discussion of returning the remains of US POWs and MIAs.

To those of us who watch North Korea closely, this picture is not in the least surprising. Kim Jong-un had staked out his notion of the proper timeline for denuclearization months ago, and the North Korean quest for security via normal relations with the US and a peace treaty to end the Korean War is well known. The Trump-Kim summit was a breakthrough in terms of direct dialogue, but unless the US gets beyond “CVID,” the North Koreans will continue work on nuclear weapons and missiles and the dialogue with Washington will revert to an ugly form.