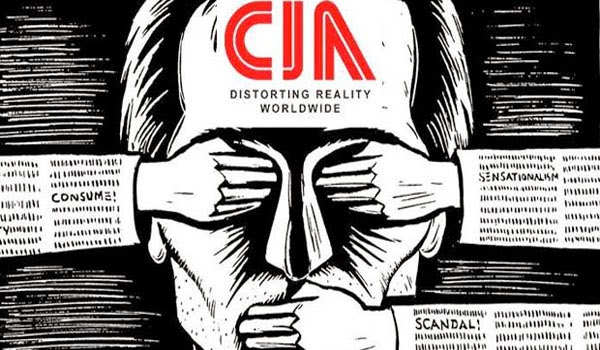 On July 2, 2013 American citizens became unknowing victims of government propaganda being paid for by their own tax dollars and most don’t even know it.

In 1948, an anti propaganda law was passed which made it illegal for the government to social engineer via propaganda or psychological operations conducted on US citizens.  The law, entitled US Information and Educational Exchange  Act has also been known as the Smith-Mundt Act or the Anti-Propaganda Act.

The above entities (Voice of America et al) are US government-funded international broadcast sources that serve as the US governments’ official institution for non-military, external broadcasting used primarily for influencing public opinion abroad regarding the United States and its leaders.

VOA is the United States largest international broadcaster producing digital, TV and radio content in over 40 different languages overseen by the Broadcasting Board of Governors (BBG), an independent arm of the US government.

Headquartered in DC, funds are appropriated annually by Congress under the budget for embassies and consulates.    In 2016 alone, VOA broadcast approximately 1800 hours of programming each week to about 236.6 million people via a taxpayer funded annual budget of 218.5 million dollars.

Radio Free Europe was created and grew through the efforts of the National Committee for a Free Europe (NCFE) an anti-communist CIA front organization that was formed by Allen Dulles in NYC in 1949 and received covert funds from the CIA until 1972.

The Smith-Mundt Act was passed to prohibit that propaganda from being perpetrated on American citizens.

Through this amendment the State Department and the Pentagon are able to circumvent mainstream media outlets and directly disseminate misinformation campaigns to the US population.

The mere passage of this law directly states their intention toward the American public and what they are planning to do.  Now, they are using this law to do those things.

H.R. 5736 to amend the US Information and Educational Exchange Act of 1948 to authorize the domestic dissemination of information and material about the US intended primarily for foreign audiences, and for other purposes Section 501(a) states:

The Secretary of the Broadcasting Board of Governors are authorized to use funds appropriated or otherwise made available for public diplomacy information programs to provide for the preparation, dissemination and use of information intended for foreign audiences abroad about the United States, its people, and its policies, through press,  publications, radio, motion pictures, the internet and other information media, including social media, and through information centers, instructors, and other direct or indirect means of communication.

One must  wonder why there are so many incidents of late that seemingly have no real cause except to create hysteria since the repeal of this law.  The senseless violence, such as the Las Vegas shooting should give one pause.

Since the repeal of this law there have been numerous companies which have sprung up with the sole purpose of pushing the propaganda agenda on the US population and profiting from it.  Companies such as Crowds on Demand and a host of others, contract with the government to push the agenda of the day.

Think for a moment when the last horrific ‘incident’ occurred.  How was is possible that crowds with signage, all having the same message just appeared within hours of the event?  If that hasn’t made you wonder in the past, then it definitely should now.  It SHOULD make you understand that the ‘incident’ itself was planned beforehand and it SHOULD lead you to know that SOMEONE is profiting off of the human misery.

Next time a senseless act of violence occurs, instead of listening to the mainstream media version of the truth, sit back and think for a moment: Who benefits?

Finally a defender of NXIVM/Raniere comes forward – Vanessa Grigoriadis – on YouTube video
THE FBI…STRZOK, MCCABE, PAIGE AND OTHERS
Comment