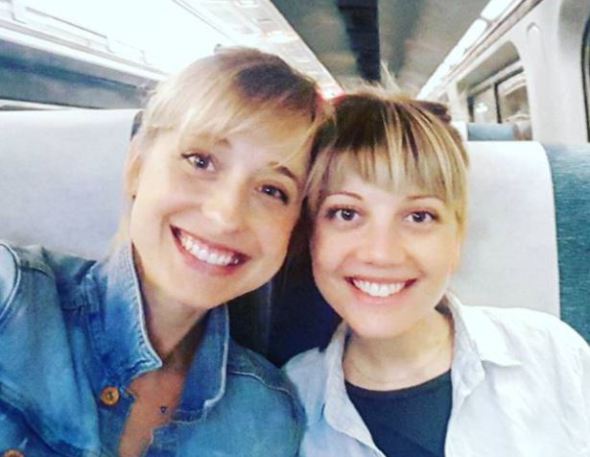 How important is Nicki Clyne in the government’s view of criminality in the  NXIVM sex cult? That’s hard to know at the moment. In the hierarchy of the cult, Clyne is under slave master Allison Mack and ruthless leader Clare “Legatus” Bronfman.

Clyne is a slave to Mack and cult leader Keith Raniere ‘s “grand-slave.”  This means in the pyramidal structure, she is “second line” slave.

India Oxenberg, like Clyne, is a second line slave, Clyne is reportedly still trying to lead the remaining slaves, giving day-to-day instructions to the branded.

NXIVM leader Lauren Salzman went to Mexico recently trying to hold together the Mexican slaves and high net worth NXIVM members while trying to recruit new members.  With Mack on home detention, and forbidden by the court to make contact with any NXIVM members including her own slaves – Clyne assumed the duties.

Clyne is both a slave to Mack but married her in 2017 – an arrangement grandmaster Raniere ordered to keep Clyne in the USA. Clyne is Canadian.

Prior to Clyne’s marriage, Bronfman – who is Vice President of NXIVM in charge of operations, paid Clyne via laundered money through Canada for work Clyne was illegally paid to do in the USA for the cult.

In the mid-2000s, Clyne had a popular role in the TV series Battlestar Gallactica. She quit acting to follow Raniere, and the producers had to “kill off” her character. She left Canada and moved to Albany to be near Raneire who enjoyed a sexual relationship with the actress. On or around 2009, Clyne temporarily rose to enjoy top harem woman status with Raniere. But she was soon demoted.

With her acting income gone, Raniere assigned her to work for $15 per hour for Clare Bronfman. Clyne became Bronfman’s  gofer and purportedly worked part time as a so-called “producer” for Raniere’s bogus media spin operation, The Knife of Aristotle, later renamed the Knife – which Raniere used to try to recruit slaves under the guise of hiring young writers.

After Clyne married Mack, she obtained a green card allowing her to work in the US. After Rainiere’s arrest and being held in the Metropolitan Detention Center in Brooklyn, Bronfman, Mack, Oxenberg, Clyne and others moved to Brooklyn.

From successful actress to Raniere’s best gal in the harem, to a quick downgrade, to working for Clare Bronfman as a gofer, to taking illegal money laundered through Canada for payment, to marrying Allison Mack to stay in the country, to following Raniere to Mexico, and chasing the police car that arrested him, to a likely indictment for conspiracy and sex trafficking and maybe spending years in prison.