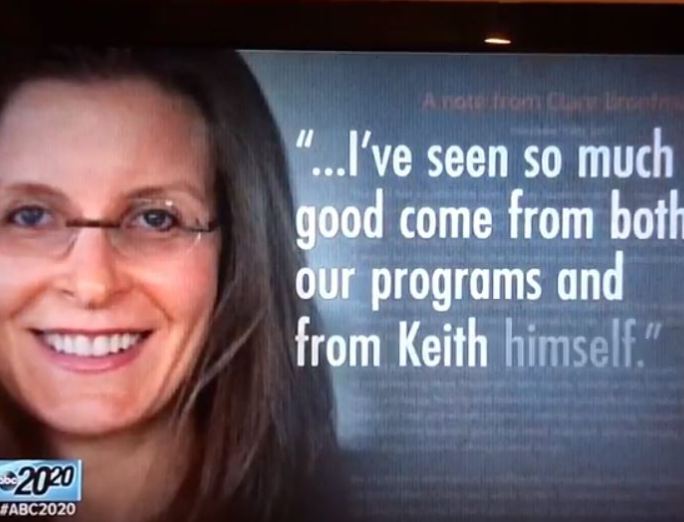 What’s about to happen is sad – but, even though I advised numerous NXIVM members to cut their deals as early as possible when I first reported the feds were on to the Bronfman-Raniere criminal enterprise last year, they did not heed me.
Now, according to multiple sources, the feds were in Knox Woods and other NXIVM neighborhoods today, and more are coming over the next 10 days. Many more.
“There’s more than is visible to most folks,” according to one anonymous “Well Informed” source and this investigation is “more massive than you can possibly imagine” according to one of my trusted legal sources.  These comments imply that in addition to all the NXIVM High Rank that we have long-expected to be indicted, we will also see some surprise arrests.
Although I’m in the news business, there is some information I have to withhold to protect my sources. But, just to give readers a hint – and without giving away any key law enforcement strategies, which are being leaked to me on a regular basis, one anonymous source has informed me that a special “crack”  law enforcement team – from another district – other than the Eastern District of NY – is also being deployed to work on NXIVM-related prosecutions.
“Plenty of action should be coming up, shortly” states the source.
Take this for what it is worth – but I think I can assure you from reports of at least three knowledgeable sources – this is going to be huge, the ramifications enormous – and will make not just national news but worldwide news.  The days of Raniere and his brutal companion, Clare Bronfman, running roughshod over the rights of people – have run their course.
And even Clare Bronfman, who for so long used her enormous wealth to corrupt the law – and punish innocent people – will be unable to stop it.
NXIVM and some of their strange bedfellows are about to reap the harvest of their willful wickedness, and conscienceless obedience to their vile Vanguard – and within days. More later.