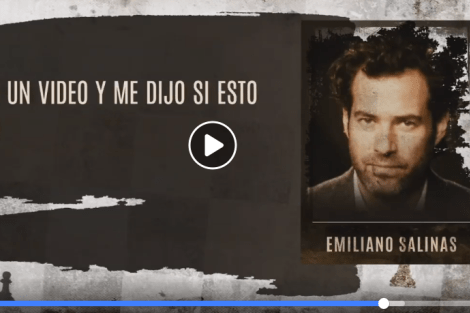 Keith Raniere´s arrest in Puerto Vallarta Mexico showed the connection that his personal growth course had with families who are wealthy and powerful from Mexico. And also venerated the leader.

This news opened some questions as to where and how they found out about Keith Raniere’s sexual abuse as described by the FBI.

Mexican news. “He was arrested in a house, a very luxurious house, in Puerto Vallarta Jalisco, the leader of a cult that had sexual slaves”.

Gerardo Reyes: March 25, 2018, Mexican Police arrested Keith Raniere in a villa in Puerto Vallarta where the rent cost 10.000USD per week. The blond woman has been identified as the actress Allison Mack, fervent follower of the detainee. The protagonist of the superman series Smallville was arrested in the United States a few days later. Raniere faces charges of sexual traffic with suppression in a criminal accusation that describes how he lured some women into a slavery regimen called DOS or The Vow.

According to the FBI, Raniere who made them call him THE GREATEST MASTER imposed various obligations to his harem.

The psychologist Maria Basalt is an expert in mental health and woman abuse.

Maria Basualdo: Each time these woman did anything that was ordered by their “master” , this was used as collateral damage.  The longer the time passed, the more they were involved and more difficult it was to come out of this situation.

FBI Agents, based on the testimony of an actress identified with the fake name of Jane, claim that Raniere took her naked and at night, and with her eyes blindfolded, to a cabin, there she was tied to a table and someone practiced oral sex on her. Meanwhile, Raniere spoke to her walking around the table.

Maria Basalduo: “When you are afraid, you really get paralyzed and immobilized and these women are clearly in a fright situation where they don’t know what is going to happen”

Gerardo Reyes: Jane let Raniere lead her because she was afraid that they would reveal an explicit sexual video that she took of herself as a guaranty of her being faithful to the cult.

Mark Agnifilo, the defense lawyer, has his version about this case: “I was told very clearly that this was not against her will, and now, to be fair, I have not spoken to that woman”

These scenes took place in the north of New York  where the abuse was committed since 2015 and according to the FBI, when Raniere signed the vow.

In this same neighborhood lives Glenda.

GR: Did you ever see, here, in this neighborhood, Keith Raniere the chief of the organization?

GR: And did you see Keith Raniere at daylight or at night through these streets?

GR: Mexicans whose families are rich and have power were installed here. They changed their lives to be near to their charismatic leader of their personal growth courses.

Toni Natalie, who was Raniere’s girlfriend from 1991 till 1999, sustains that the businessman has a very good sense to identify vulnerable associates.

Toni Natalie: So, Keith finds holes in the people, and how he can use them. They have political connections, they have money, he finds their weaknesses and then he knows how to use those weaknesses against them.

In this house that costs more than 1 million USD, Rosa Laura Junco started a new life. She is the daughter of the communication Magnate Alejandro Junco de la Vega, who owns newspapers like “El Norte”, she has been in charge of the journalistic portal “The Knife Media”, few miles away lived Alejandro Betancourt another of the high executives in Mexico and very close to Raniere. The house is for sale for $669.000USD. Nxivm established in Monterrey, at the north of Mexico where Raniere found friends who were wealthy and influential who today are in a difficult situation because they have to explain their relationship inside of the organization in relation to the presumed sexual abuses committed by Raniere.

In this other residence of half a million dollars in Half Moon, Emiliano Salinas passed long seasons, son of former president of Mexico Carlos Salinas de Garter who represented ESP in Mexico. His wife, the actress Ludvica Paleta, took the courses. We asked Geronimo Massaro another disappointed student from ESP why people trusted in the son of a president who was in the center of big corruption scandals.

Geronimo: The simple fact of having Emiliano Salinas in that place promoting , I mean all the people that got in the course wanted to have certain power, or have commercial relations.

Gerardo Sierra: Through the organization classrooms characters like Fabiola Sanchez de la Madrid who was daughter in law of former president Miguel de la Madrid, the singer Toni Zarattini and some Mexicans actresses too.

But how much did Raniere’s Mexican friends know about the sexual slavery program?

Toni Zarattini: “The day this comes out to the light man! That the women do these kind of practices, I’ll tell you what will happen man! Each woman has to enroll 6 slaves man? They call them slaves, they brand themselves, shut up for God sake man”!

Salinas was not surprised and recognized he found out from an ESP woman who had overweight problems and she decided to make a video of herself.

Emiliano: It was a sexual video, of her with her, I did not see it, but what she told me is that she filmed herself in a video and she told me: If this comes out and my family sees it, it would be devastating! This is something I knew because she spoke about this 3 years ago, and that’s it!

Gerardo Reyes: And Emiliano concluded those women were  exemptions.

Gerardo Reyes: Salinas did not speak with Univision because of his lawyer recommendations.

ESP Mexico answered: “The leaders of ESP Mexico did not have previous knowledge of the complaints made against Keith Raniere nor the supposed illegal practices that involve him”

According to Alejandro Betancourt’s lawyer, another of the close people of Raniere in Mexico, he had no idea of what was happening,

Lawyer: “He never mentioned anything of knowing these practices existed, from what I know, The Mister has never referred to them or if he knew something about them he didn’t think they were real, that’s what I understand if we refer to the call. (Emiliano mentioned in the Zarattini phone call he spoke about this with Alejandro).

Gerardo Reyes: Edgar Boone was another important person in the introduction of the course in Mexico. The businessman from Monterrey that took the Raniere courses in 2001 to this city also thought that Raniere would change the world.

Edgar Boone: And maybe someday I will sit down with my grandchildren and with my children and you will say: Do you see all this that exists? Well I was part of it since the beginning.”