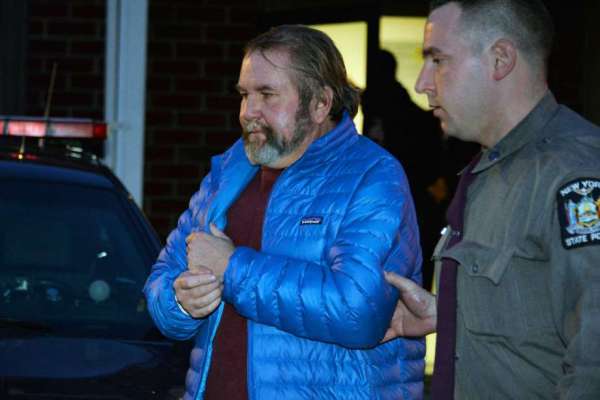 Since there has been so much speculation – and, worse yet, so much misinformation – being posted here about John Tighe, I thought it might make sense to simply post some of the details that he has shared with me regarding his current situation and some of the events that led up to it (I’m in regular contact with him – and got his permission to do this). Because I don’t record my phone calls, the best I can do is recount all that I remember from our discussions.

All John said at the time was that all the guns and computers that were in the household belonged to him. He did not ask Senior Investigator Kirsopp or anyone else not to tell his wife about anything that was found on the computers.

I also know some of the factors that led John to take a plea deal. First, he did not have the money that would have been required to pay for an attorney to go to trial – and, given the stakes, he was unwilling to be represented by a public defender. Second, had he gone to trial and lost, he would have been facing a much longer sentence than what he got. Third, and most importantly, John was facing some severe, life-threatening medical problems at the time and had recently lost the health insurance that he got through his wife (Skidmore College decided to save a few bucks by canceling the health care coverage of some of its lowest paid workers, one of whom was John’s wife).

Since he’s been in prison, John has undergone numerous medical treatments – and is currently on the wait-list for a liver transplant. Because of his lack of medical insurance, he likely would not have had been able to get that same treatment outside of prison.

John, by the way, was never a “sanitation worker” for the City of Saratoga Springs. Instead, he worked as Mechanical Equipment Operator for the City’s Public Works Department (He drove backhoes, plows, and loaders). Prior to that, he worked for 15 years at Saratoga Hospital. He was also actively involved in the local political scene – and served on the Executive Reelection Committees of at least two mayors of Saratoga Springs.

For those of you who used to regularly read Saratoga In Decline, you know that NXIVM/ESP was never the focus of that blog. Instead, it was primarily focused on exposing local corruption in and around Saratoga Springs, of which there was – and is – plenty. His involvement with NXIVM/ESP grew out of his concern that the cult was trying to become a major political force in the town – and had already ensnared several prominent residents in its training programs. At the time that his computers were seized, John was actually working on a story that would have exposed the links between then-Mayoral candidate Joanne Yepsen and NXIVM/ESP.

Prior to the raid that was led by Senior Investigator Kirsopp, John’s entire computer system was under some sort of attack (John and I had discussed that problem several times because Toni Natalie and I were experiencing similar problems). And in the inventory of items that were seized from John’s home, there was at least one computer that did not belong to him.

So, was John set-up by the cult? I honestly don’t know. But the fact that the same Rodger Kirsopp was the lead investigator on the bullshit case that led to criminal computer trespass charges being brought against John, Toni Natalie and me is either one really big coincidence or just another indication of how much power the NXIVM cult wielded in and around Albany, NY.

Friday, July 20th, is John Tighe’s birthday.  Please post a comment wishing him a Happy Birthday – and thanking him for all the hard work he did – and all the risks he took – to help expose the Raniere/Bronfman criminal enterprise.