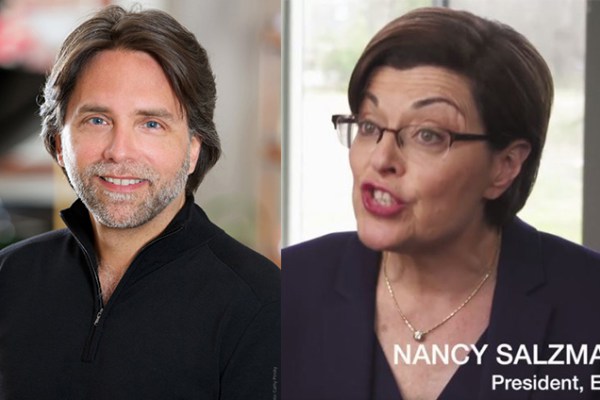 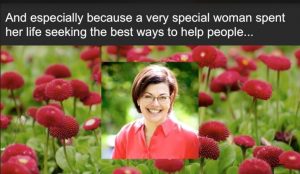 I recently heard an interesting story about the Prefect, Nancy Salzman.

It seems that Prefect once told a NXIVM member – a few years back  – that she,Nancy Salzman, was responsible for the destruction of the World Trade Towers on 9-11-2001.

How? asked the puzzled NXIVM member – who told me the story.

Nancy explained — when Pam Cafritz first told her about Keith and how great he was – and that she should help him in his quest to save the world, she hesitated – at first. She wanted more proof. She wanted to examine his motives better. She finally came round – and chose to follow the great Raniere – but the point was – she waited. She hesitated. She had been at first a Doubting Thomas – just as this NXIVM member was now doing with Nancy.

Sure, the delay in following Keith was not great – as measured in time – it was just a few weeks or a month that she, Nancy, held off trusting the man who wished to create a more noble civilization. But – and this is crucial – she hesitated – and just as “He who has the most joy wins,” she who hesitates – sometimes even for a second – is lost. Or in this case – some 3000 people were lost.

Nancy explained that Keith Raniere’s ‘tech’ was so great and powerful that, had she not procrastinated that few weeks in 1998 – and got right on board, learning and teaching the tech – the world would have changed – oh, so, subtly – but it would have changed enough that 9-11 would have been avoided.

She missed saving that tragedy from occurring by just a matter of moments, she said and because she was candid and honest – she admitted to the NXIVM member – alas – 9-11 was her fault.

Now, whether Nancy really believed this [because Keith told her], or whether she was just bullshitting the NXIVM member to try to impress her, or manipulate her into doing something she wanted, is hard to say.

Early in their relationship, Nancy was told by Keith Raniere that she was the reincarnated Adolf Hitler. Hitler caused many people to be killed. Keith told Adolf/Nancy that she was reborn on earth to work off her sins she committed when she was Adolf and she could – if she chose –  in this lifetime – to work for the most ethical man who ever lived – Keith Alan Raniere.

It might have made sense to Nancy – for – if she believed she was once the worst human being – Hitler – she was now given a second chance – and what more perfectly cosmic way than to follow the best man ever – Keith Alan Raniere – and yes, she could be spared – Keith told her – of all of her evil deeds when she was ruining the world as Adolf Hitler.

Otherwise, she would be lost and have to pay the karmic price. As proof of how powerful this was – just because she hesitated to follow Keith fast enough – back in 1998 – three years later – the 9-11 attack occurred.

Fast forward to 2018. And now, worse luck, Nancy is likely to go to prison – for life.  Maybe that is because she did not follow Raniere quickly enough – or maybe because she did.  Either way, poor Adolf – if he got himself born as Nancy Salzman – he struck out  – even when he tried to repent, he never caught a break – and wound up being one evil bastard – again.

He who has the most joy wins.

KEEP YOUR FRIENDS CLOSE AND ENEMIES CLOSER!
Justin Elliot said to have defected from NXIVM; members now suspicious of each other
Comment