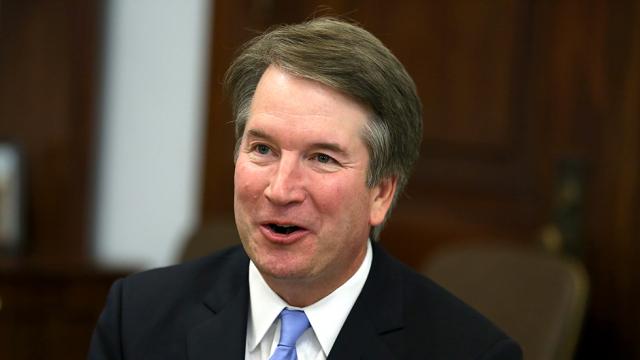 President Trump hit a home run with his nomination of Judge Brett Kavanaugh to the Supreme Court. The President stood up for the U.S. Constitution with this nomination. Judge Kavanaugh has a demonstrated record of applying the rule of law rather than legislating from the bench. His record shows that he will apply the U.S. Constitution as written and intended by our Founding Fathers.

This nomination is a great victory for constitutional government and a blow to politicized decision-making on the Supreme Court. We have too many politicians as it is in DC, and we certainly don’t need any more on the Supreme Court. Most Americans agree with Judge Kavanaugh that the Supreme Court should apply the law as it is written and leave the legislating to the people’s elected representatives in Congress.

The Senate should move quickly to work with President Trump to consider and approve Judge Kavanaugh. There is not much radical liberals can do to stop this excellent Supreme Court pick. We aren’t surprised by leftist smears, religious bigotry, and more threats of violence, but the votes are there for Judge Kavanaugh to be confirmed.

Please be sure to let your senators know what you think about the Kavanaugh nomination directly! You can reach your senators’ offices at 202-224-3121. Letters and emails work, too.  All their contact information is available at www.senate.gov.