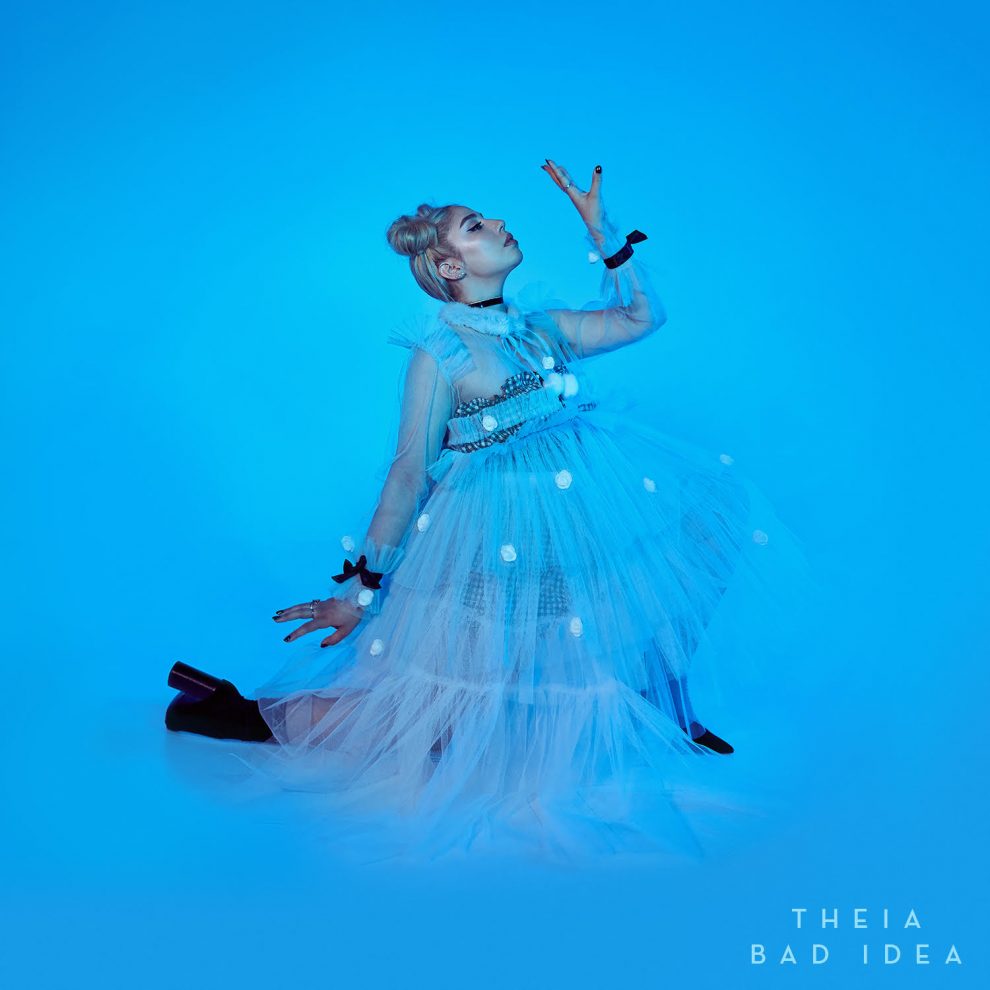 Bad Idea’ is a deeply personal song that draws on Theia’s struggle with self harm. The song’s lyrics are raw and honest but they’re set to an epic soundscape of warm and uplifting synths and a gritty rolling bass. Read Theia‘s interview with Lizzie Marvelly in Canvas Magazine (NZ Herald) here.

Theia’s vision for the video was to use skating as a metaphor for life: “Sometimes life gets you down and you have hard times. You fall over. Sometimes you dust yourself off and jump up again; other times you need a helping hand,” she explains. The Kiwi singer and songwriter searched far and wide for an all-girl skate crew to help bring the video to life, and in her search came across a Vogue piece on Chicano style in LA and discovered fashion designer and professional roller skater Sailor Gonzales.

Theia contacted Sailor via social media and the pair began plotting the video over Skype and email. “Theia came to me with a vision, and without ever meeting me, she naturally trusted me in bringing it to life. I am eternally grateful for her allowing me to have the creative freedom to let my whole heart pour into every inch of this project,” says Sailor.

Soon LA-based DJ, artist, director and videographer Tragik was also on board to shoot, with Sailor directing, producing, styling and doing hair and make-up. The video was shot on a summer’s day in LA and features Sailor alongside skaters Natalia Ruiz and Miriam Morales. It’s a positive and vibrant video, full of colour and conveying strength and hope.

“The video completely embodies the message of the song. I love the camaraderie of the skaters; it’s so uplifting and perfect that it’s shot on such a sunny Californian day,” says Theia.

Theia is a singer and songwriter from New Zealand. She emerged in 2016 with her smash hit ‘Roam’. In 2017, she released her debut self-titled EP to critical acclaim. It earned her three nominations at the 2017 Vodafone New Zealand Music Awards, including ‘Pop Artist of the Year’, ‘Song of the Year’ and ‘People’s Choice Award’.

In late 2017, Theia opened for Sia at Mt Smart Stadium. Over the New Zealand summer she played at some of the biggest festivals in New Zealand, including Rhythm and Vines, Bay Dreams and Homegrown. In May she opened for Portugal. The Man at the Powerstation in Auckland.

Co-written with Grammy Award-winning Emily Warren and produced in New York by Sean Turk, ‘Bad Idea’ was released on July 13, debuting on 13 Spotify New Music Friday playlists around the world and 18 international Apple Music ‘Best of the Week’ features. It reached #8 in Spotify NZ’s Viral Chart and debuted at #9 on the NZ Hot Singles Chart.