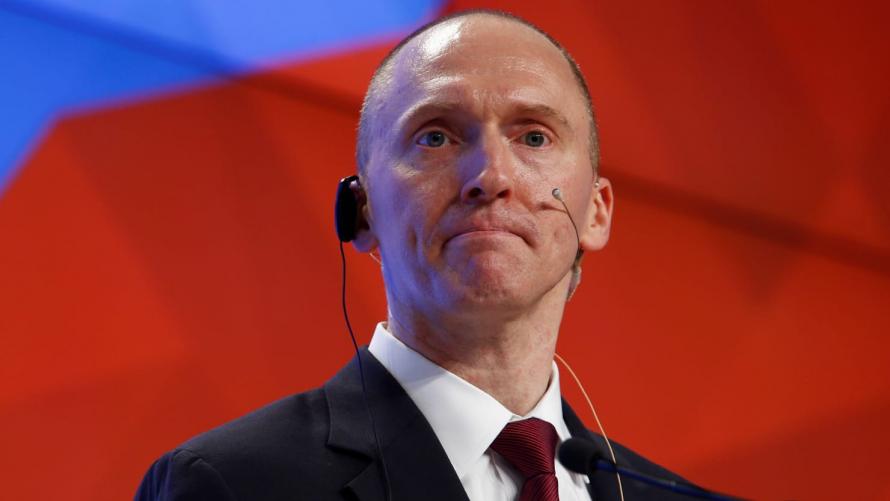 (Washington, DC) – Judicial Watch today filed a motion in the U.S. Foreign Intelligence Surveillance Court seeking the transcripts of all hearings related to the surveillance of Carter Page, a former Trump campaign part-time advisor who was the subject of four controversial Foreign Intelligence Surveillance Act (FISA) warrants from the Department of Justice (DOJ). Last week, in response to a Judicial Watch FOIA lawsuit, the Department of Justice released 412 pages of heavily redacted documents relating to FISA warrants targeting Page. The warrants provide evidence that the FISA court was never told that the key information justifying the requests came from a minimally-corroborated “dossier” that was created by Fusion GPS, a paid agent of the Clinton campaign and Democratic National Committee.

In today’s filing, Judicial Watch directly asks the court for copies of the Page transcripts:

In February, Republicans on the House Intelligence Committee released a memo criticizing the FISA targeting of Carter Page. The memo details how the “minimally corroborated” Clinton-DNC dossier was an essential part of the FBI and DOJ’s applications for surveillance warrants to spy on Page.

On February 7, 2018, House Intelligence Committee Chairman Devin Nunes wrote a letter to Judge Rosemary M. Collyer, the presiding judge at the Foreign Intelligence Surveillance Court (FISC) requesting transcripts of “any relevant FISC hearings associated with the initial FISA application or subsequent renewals related to electronic surveillance of Carter Page.” On February 15, Judge Collyer replied that the FBI and DOJ “possess most, if not all, of the responsive materials the Court might possess, and we have previously made clear to the Department, both formally and informally, that we do not object to any decision by the Executive Branch to release any such FISA materials to Congress.”

The Committee also asked the court to confirm the existence of transcripts of hearings regarding applications for or renewal of FISA warrants related to Page. Judicial Watch points out that Presiding Judge Rosemary M. Collyer did so, stating:

[Y]ou may note that the Department of Justice possesses (or can easily obtain) the same responsive information the Court might possess, and because of separation of powers considerations, is better positioned than the Court to respond quickly. (We have previously made clear to the Department, both formally and informally, that we do not object to any decision by the Executive Branch to convey to Congress any such information.)

In its motion, Judicial Watch points out that “to date, no transcripts of hearings regarding applications for or renewal of FISA warrants related to Page have been released to the public.” And, it argues that potential concerns about classified information are likely unwarranted, since the president has declassified the congressional memo, and the FBI has released the FISA warrant applications, application renewals, and court orders related to Page: “Therefore, most – if not all – of the information contained in the transcripts likely has been declassified.”

“Our lawsuit helped expose last week the FISA court warrants that were dishonestly used to gain FISA court approval for search warrants targeting the Trump team,” said Judicial Watch President Tom Fitton. “Court hearing transcripts about these FISA warrants should be released quickly so the public can have full information and accountability for any misuse of FISA warrants to target the Trump team.”

The Page FISA warrant was granted just weeks before the 2016 election.

While we wait for Clare – a few miscellaneous emails from readers
WHAT HAPPENED TO THE DNC? …TOTAL CORRUPTION