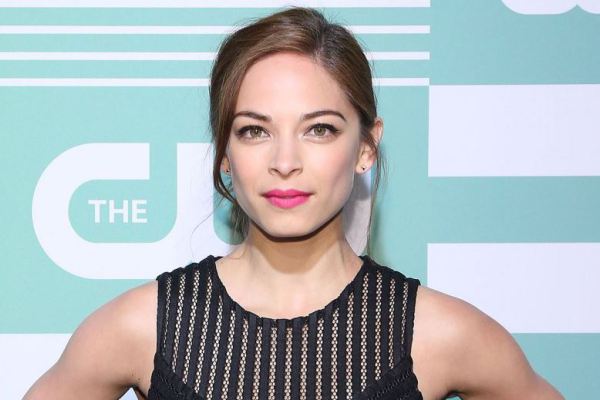 This is just getting silly beyond belief.

Kristin Kreuk hasn’t done anything hypocritical by not delving into further details about NXIVM in interviews about her work. She already released a statement explaining why she joined, how long she was a part of it, and how she feels about her past association to it due to recent events, using words such as “disgusted” and “embarrassing”. She obviously finds the notion of a sex cult of slave women to a man as repugnant to anyone who has a clue and can read the signs.

She isn’t even similar to Tom Cruise who disallows any questions about Scientology in his interviews as he is still in the Church while Kristin is no longer a part of NXIVM and hasn’t officially been for a half a decade at least, nominally even more.

– What these articles don’t cover is NXIVM, the sex cult…

This conflation is completely false and it is unsurprising that these type of articles keep getting it wrong. NXIVM is not the sex cult. NXIVM is a corporate entity registered with the IRS that purports to teach self-help seminars and it has been controversially described as a cult. It is DOS that is/was the secret sex cult within NXIVM and Kristin was only a part of NXIVM and “never” the sex cult. She never had a relationship to the sex cult.

“– My goodness, Kristin Kreuk plays one brave lady on TV – which, when contrasted to her sheer cowardice in real life, it seems rather humorous to watch her.”

Yeah, so what? Kristin is an actor/entertainer. She sometimes plays a role just for fun, sometimes plays a role with themes that she believes in, and she sometimes uses her platform to discuss social issues that she finds are important to her, just like many other actors. Liam Neeson is not Bryan Mills. He’s not going to go start karate chopping and killing people if someone kidnaps his daughter. Mel Gibson is not William Wallace and would likely beg for mercy instead of choosing to be racked and gutted on a torture block instead of yelling “Freedom!!!”. The type of people often displayed as heroes in entertainment are role models, exemplars, people who are to be modeled and looked up to for what they sacrificed, etc. They are supposed to inspire. The vast majority of people don’t live up to them let alone the actors who play them. That doesn’t make them cowards. It only makes them normal, regular people.

I don’t even see how the current NXIVM/DOS situation thematically relates to her current show. She plays a lawyer trying to find out why some teen girls are getting sick to obtain some compensation for them from a corporation that may have wronged them. It has nothing to do with sex, patriarchy, feminism, misogyny, etc. which is what the conversation about the cult deals with. Kristin isn’t a lawyer or prosecutor. She wasn’t explicitly wronged by NXIVM like Toni Natalie or Barbara Bouchey were. She didn’t even know what was happening inside of it the years after she left. Sarah Edmondson didn’t even know about DOS until she was stripped naked and saw her fellow female members being branded. Kristin just moved on with her life and career and forgot about it well before DOS even formed.