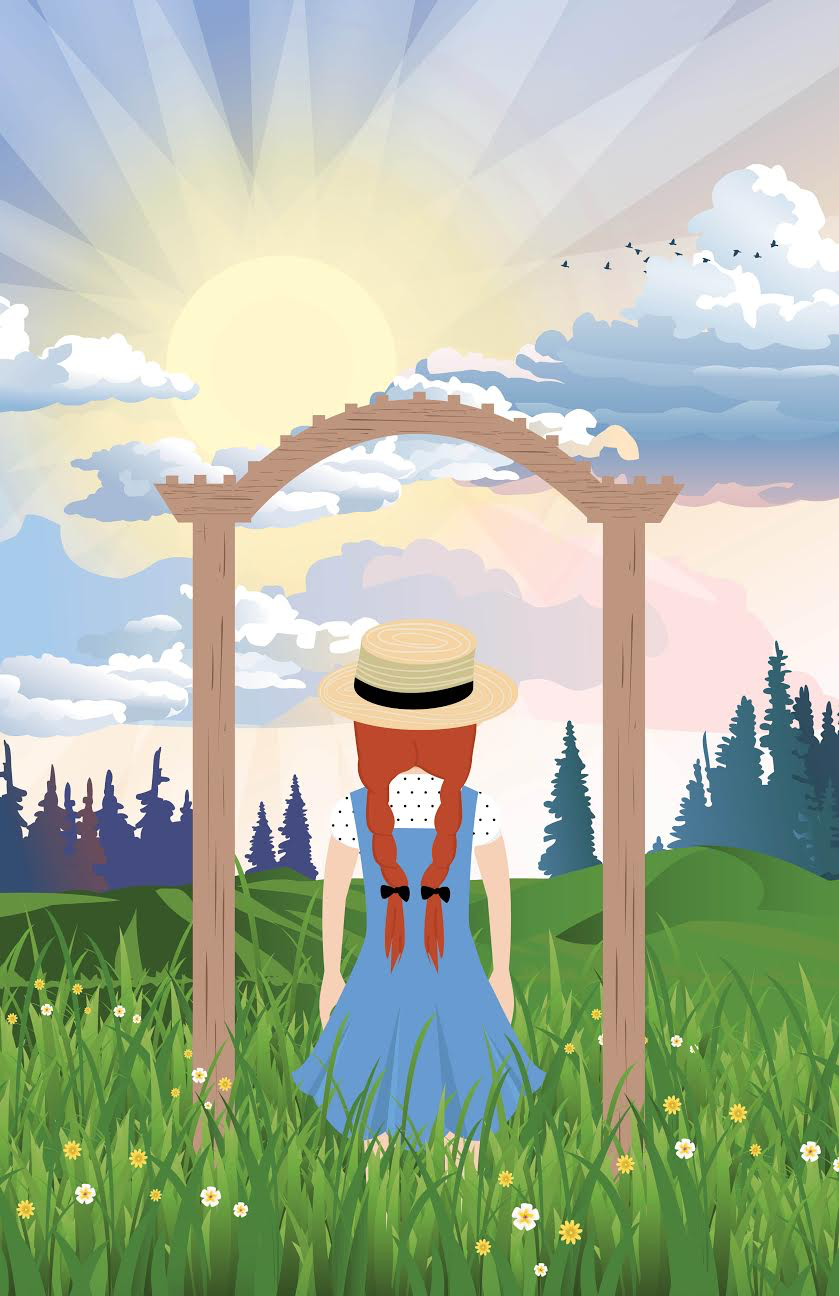 The Mercyhurst Theatre Program opens its 2018-19 season with a new adaptation of Anne of Green Gables,Lucy Maud Montgomery’s cherished tale of family and community.

Montgomery’s novel, first published in 1908, follows the misadventures of a wildly independent orphan with fiery red hair and a temper to match. When Anne Shirley is mistakenly sent to live with brother and sister Marilla and Matthew Cuthbert at the Avonlea farm, Green Gables, the plainspoken farmer and his spinster sister make the most of the orphanage’s mistake and welcome the imaginative girl with loving arms. Under their care and through the friendships she forges at school, Anne enjoys adventures and experiences that teach her how to be loving and caring in return.

Guest director Dr. Doug Powers, who returns to stage his fifth production with the Mercyhurst Theatre Program after helming last summer’s Forbidden Broadway’s Greatest Hits, says he chose Anne of Green Gables because “the current climate is so divisive and oppressive. Anne’s story is uplifting, heartwarming, nostalgic and even a little sentimental. It’s a balm for what ails us at this moment.”

Powers notes that he and theatre program director Dr. Brett D. Johnson commissioned a new stage adaptation of Montgomery’s novel because “the others were a little old and clunky and didn’t really capture Anne’s zest and charm.”

The team turned to award-winning playwright and historian Mary Collins Barile, with whom Johnson collaborated on multiple projects during his time as a graduate student in Columbia, Missouri.

Barile, who holds a Ph.D. from the University of Missouri, has adapted forgotten American plays such as The Pedlar and Liberty in Louisiana, as well as the writings of Mark Twain, M.R. James, Homer and Washington Irving. Her works have been performed at The York Theatre, The Open Eye and Arclight Theatres in New York, the American College Theatre Festival at the Kennedy Center and regional theatres in the U.S. and Canada.

Barile says that her job, as adapter, is to serve the author: “When adapting a script, your voice must disappear completely, like mist on a Prince Edward Island morning. I hope that is true here, and you sense only the beauty and hope of Anne’s world.”

Single tickets are $15 for adults; $10 for senior citizens/students and $5 for youth and Mercyhurst students with I.D. All performances are general admission, with doors opening 30 minutes prior to curtain.

Patrons can reserve their tickets online at miac.mercyhurst.edu, by phone at 814-824-3000 or at the Mary D’Angelo Performing Arts Center box office. Tickets will also be on sale at Taylor Little Theatre beginning one hour before curtain.

The production runs approximately 90 minutes, with one 10-minute intermission, and is recommended for ages 10 and older.

Looking For An Allentown/Westside Apartment?
Mickalene Thomas: I Can’t See You Without Me opens at the Wexner Center for the Arts September 13