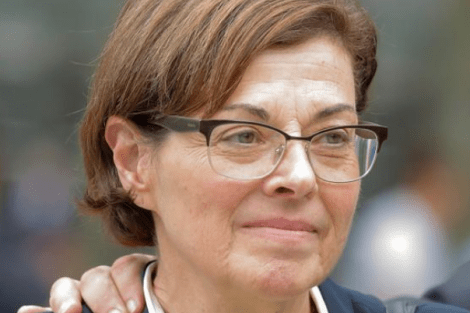 Sullivan represented Keith Raniere prior to his arrest. He was the lawyer who improbably could not discover that Keith Raniere was under investigation by the EDNY DOJ –  because he only called the NDNY DOJ – according to Raniere’s lawyers in his unsuccessful bail package application. 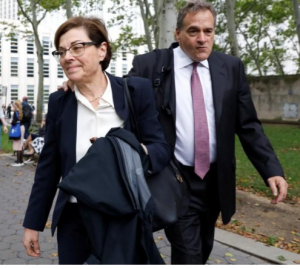 David Stern is a bona fide criminal trial lawyer. He has tried over 100 criminal cases in state and federal court, including three federal capital murder cases to verdict.   Stern began his career as an attorney with the Legal Aid Society’s Manhattan Criminal Defense Office where he remained for 11 years.

He then founded a partnership with Franklin Rothman, Jeremy Schneider, and Robert Soloway –Rothman, Schneider, Soloway & Stern, LLP.  His practice focuses on the defense of serious federal criminal cases, including capital murder, terrorism, and racketeering cases.  He often serves as “learned counsel” in serious federal felony cases in which the accused faces the possibility of execution.  Stern has represented clients facing the possibility of capital punishment in more than 25 federal capital cases.

With the addition of David Stern, the phalanx of NXIVM lawyers now stands at 18.

Here is the list [and I expect it to grow]:

This list does not count lawyers who are representing NXIVM members who have not yet [and may not be] indicted – such as Emiliano Salinas, Nicki Clyne, Rosa Laura Junco, Edgar Boone, Jim Del Negro, Michelle Salzman, Ben Meyers, Steve Ose, etc..

Think of it – Clare has 18 lawyers – that she and very likely her sister, Sara, are paying  – and the prosecution has only four attorneys-of-record on the case.

That’s the kind of odds Clare likes – 18 against 4. She loved to outspend her opponents with her old phalanx of attack-dog lawyers.  Only this time, the government seems to be able to match her dollar for dollar – which for Clare must not seem to be very fair.

Clare has one consolation: She is in the arena she loved so well. It was her preferred method of torture and conquest. As one of Clare’s own lawyers, Susan Necheles, pointed out – no, it is not violent – to use the courts to destroy others through abusive litigation practice.

Let’s see how it works in reverse. 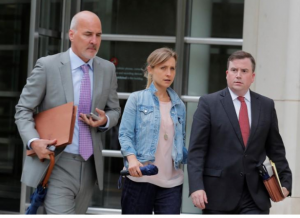 Allison Mack flanked by two of her lawyers.

With 18 lawyers billing hourly – probably averaging more than $500 per hour each – and working an estimated 40-80 billable hours per month each – it may cost as much as $700,000 per month to pay for all of them.

It seems almost certain that Sara Bronfman-Igtet is now helping fund the litigation. [It is not known if Carlos Salinas is helping out at all.]

It was curious that Sara did not come  – the one with the actual wealth – for the bail hearing – but sent her penniless husband [Sara put a few assets in their joint names] and her mother.

In Clare’s heyday of lawsuits, she did not need this many lawyers to be happy. But joy evolves does it not?

For more on Clare and Keith’s lawsuits see: https://frankreport.com/2017/10/16/raniere-litigation-history-shows-he-abuses-legal-system-with-impunity/