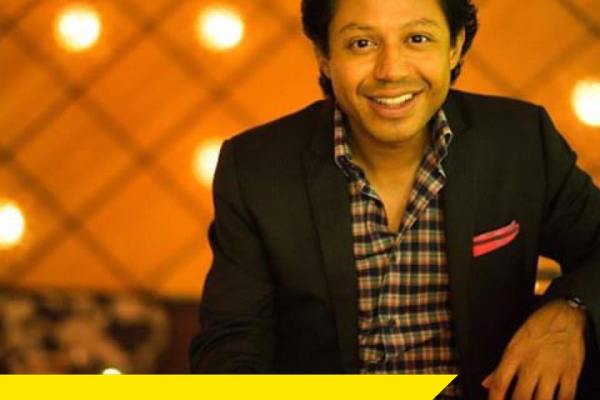 Alejandro Alex Betancourt took to his website to write about “Defamation in the Age of the Internet”.

This is fine coming from him – the man who perjured himself repeatedly to level false charges of extortion against Toni Zarattini and others – to try to silence them and actually jail Toni for speaking out about Keith Raniere and his cult that brands and blackmails women.

Betancourt is a projectionist. He accuses others of what he does himself. Happily, Betancourt may soon find what it is like to be accused of crimes [this time not falsely] as the FBI is investigating him and his lover and business partner, Emiliano Salinas, and charges may be coming soon.

The most striking thing I can think of about Alex – other than his reputed predilection for man-boy sex during sex tours in Asia – is that Keith Raniere identified him as Benito Mussolini in his former life.

Raniere identified many of his flunkies as various infamous figures of the past. For Alex, it was El Duce – the Italian tyrant who rose under Hitler then fell – to be executed graphically and was publicly displayed alongside his lover, Carla, [who I suspect Keith may have told Emiliano he was in his past life – to encourage his homosexual propensities.]

In any event, our El Duce – Alex Betancourt – has a lot to say about defamation – which is really nothing more than lying about someone else.  Alex is an expert in that. Let’s hear what he has to say. My comments are in [bold and brackets].  If you want to read the original without my editorial interpolations see it here.

Defamation in the Age of the Internet

In a way, people now have the most power ever in the history of humanity. Never has a single individual been able to permanently affect how a person or group is perceived, using cheap and easily available tools, like now.  Any person with a free blogging account can say anything they want about anyone else, wrap it up in attention-grabbing headlines, and permanently damage that person’s reputation.

[Is he talking about me?]

In fact, the more scandalous what they say is, the more attention it gets,  the better their page ranks on Google, and the more money they make.

This works so well because of people’s emotional tendency to be engaged with content of a “scandalous” nature.  It is similar to the impulse that makes you want to look at a car accident [Or a sex cult that brands women]. Content about “sordid” topics appeals to primitive human feelings. It draws people in, and keeps them hooked, like a drug [or hypnosis]. The more drugs you give an addict, the more drugs they want. But the drugs hurt them.

Increasingly, the “professional” media rely on this human physiological mechanism for their financial health.  Mass media depends on “views” and “clicks” for advertising revenue. If they publish objective, unspun, non-scandalous material, they might lose viewers and readers, and go out of business. They need to “out-scandal” their competitors, to survive. This “race to the bottom” is a recipe for disaster: informing you is less profitable than exploiting your primitive urges.

[Alex is so noble and ethical – when he falsely charged Toni with extortion, he was following no primitive urges – it was high-minded perjury.]

For all of the above reasons, you could say individuals are also the most dis-empowered we’ve ever been.

As the readers, or audience, we have lost the privilege of having reliable and objective news sources. [But we can trust Keith Raniere] Now we must do the extra work of carefully analyzing our news and what we read on the Internet, to try to squeeze out a drop of truth from the hard rock of what today passes for information.

[Funny, I feel the same way about Raniere – he was always lying and women had to squeeze out a drop of truth especially when he was trying to get them in bed].

We must always be on guard for articles and newscasts that have a hidden agenda.  Maybe they are trying to inspire us to hate someone, to like someone, to feel like we need something, or to fear a person or group of people.

As the victims of sensationalist publications, and especially in the United States, which is where most of the Western Internet resides, we have almost no rights or ability to protect ourselves.

[You could consider responding with the truth. I did – and it worked].

The laws of free speech allow anyone to say anything they want, and the only way to stop them is to prove that they were intentionally lying.

[I think I proved Clare and Keith were lying].

This is very difficult or nearly impossible: if you publish something false about me, how can I prove, days or weeks or months later, that you knew that it was false and said it anyway?

[You could start a blog and tell the truth, Alex – a concept so alien to you that it sounds, I am sure, like it is “very difficult” or “nearly impossible.”]

The damage is greater if you consider that there are actual Internet archives which keep a copy of everything that’s published on the Internet, forever. Even if I were to succeed in getting you to remove what you published about me, I cannot erase it from the archives. Defamation is unstoppable and permanent.

[I disagree, Alex  — only the truth is unstoppable and permanent. If you don’t believe that — you know nothing, Alex.]

This is especially sad if we consider why free speech laws were created originally. I am not a legal expert, but my understanding is that free speech guarantees the ability of citizens to publicly criticize their government. Free speech laws are designed to protect citizens and the press from repression from governments that don’t want their policies or actions questioned or discussed.

[Free speech is more than freedom to speak about government; it is freedom to expose criminality and dishonesty in every form it comes in. Keith is an oppressor and a criminal – so is Alex – and they should be was exposed by free speech. It is not defamation when it is the truth.]

In their most noble form, free speech laws are there to help prevent dictatorships and tyranny. It is the sign of a strong country when conscientious political satire and editorial opinions can be expressed without fear of reprisals.

[Funny, Keith could never tolerate anyone criticizing him; he punished them.]

Unfortunately, in many places, “free speech” is now used to try anyone in the court of public opinion, with no concern for the truth, and with no consequence.

[Keith used Bronfman wealth, and perjury, to try people in real courts – for quite a long time – with no consequence].

Free speech laws are now used as a shield by slanderers and defamers. Murder with words is a crime that pays, and very well.

[If “murder with words” is a crime, the takedown of Keith was justifiable homicide.]

What can you do about this? And most importantly, what should you do? I do not have the answer to these questions. But I think a good thing would be to stop rewarding sensationalist media with our attention.

This is very difficult to do because there are very few alternatives to get our news from.

[There’s always the Knife Media – unless Clare can no longer pay for the staff there.]

A more immediate thing you can do, that is entirely in your control, is to think. When you find information on the Internet, always ask yourself “Why is this information being presented in this way?”. Think about how much of what you are reading is opinion and how much is facts. Ask yourself “Is there information that is being left out of this publication? And if so, who does it benefit to leave it out?”

And perhaps, the most important thing to look out for is whether the material you are reading is designed to inspire in you a certain emotion. Is it written to make you angry against a certain person? [Like Keith?] Afraid of a certain thing? [Like getting branded] To feel indignation, [for blackmailing women or imprisoning them?] which is a form of anger? Many people say that “sex sells”, [But Keith did not want to pay for it] but I think the statement should be expanded to “sex, fear and anger sell”.

Now more than ever, don’t be a sheep [like a NXIVM follower] or don’t be their monkey [or a flying monkey]. Think for yourself.

[Hey Alex – when he told you, you were Benito Mussolini – did you think for yourself and tell him he was full of shit?] 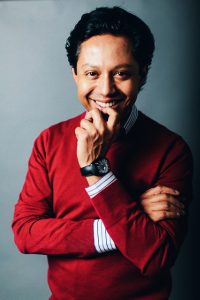 Alex is against defamation but not against perjury.