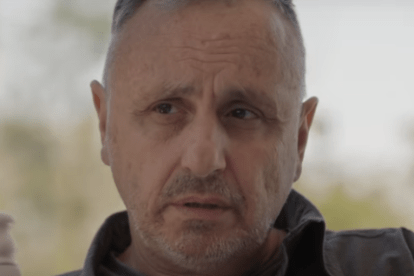 Ultimately the Department of Justice [Western District of New York] dropped the Bronfman charges against me. Just as the Eastern District readied to charge Bronfman.

It is fair. Bronfman perjured herself to get me indicted. She and Raniere were the causes of my indictment.

It helped of course that Governor Andrew Cuomo – and some of his donors, who I exposed for their corrupt associations in my newspaper, the Niagara Falls Reporter – wanted me indicted.  It is a long story but in short Cuomo’s lieutenant governor, Kathy Hochul, was married to then-US Attorney for the Western District of NY – William Hochul.  I had exposed top Cuomo donors like James Glynn  [Maid of the Mist], his partner Jeremy Jacobs [Delaware North] and Mark Hamister [Hotelier].

This caused them considerable grief and embarrassed Cuomo. So much so that he – both threatened and offered – through one of his minion – money to me to stop publishing attack stories.  I declined and continued to write about them.

Glynn lost his Canadian Maid of the Mist lease and had to pay double the rent on the US side to keep his Maid of the Mist boat tour  in New York – because of my investigative reports. I wrote 80 stories before the Toronto Globe and Mail – and then the New York Times picked up my story. Glynn was cooked and 11 Niagara Parks Commissioners had to resign or were fired.

The result for the people of Ontario is that the new boat tour operator [Hornblower Cruises] paid $300 million more for the lease for the boat tours [over 30 years] and Glynn was forced to pay an extra $60 million on the New York side.

But this gain for the public, did not make anyone in elite circles of Buffalo – Niagara Falls happy. An asshole [me] with a weekly newspaper was busting up their crooked deals. I was deep on the trail of a very corrupt hotel deal with insane public funding in Niagara Falls – and then fortuitously for the forces of corruption in Western New York – along comes Clare Bronfman with her perjury.

Hochul seized upon the Bronfman criminal complaint against me as a chance to do a favor for the power elites. [And if there are any so naive out there who think the US justice system is so pure that personal animus and political vendettas play no role in who gets indicted, I commend you for your faith in the sanctity of human nature.]

Hochul assigned Anthony Bruce to follow up on the Bronfman complaint and sure enough more than four years later – it took four years – for there was no evidence – I was indicted.

After that Bruce retired, and took a job with a local law firm and Hochul also retired early – after indicting me – to take a job at quadruple pay for Jeremy Jacobs – Glynn’s partner – and one time partner of the Bronfman’s in Arizona.

It could be all coincidence. I am not a conspiracy nut – but I have found that people in power tend to know each other and tend to do each other favors and they do not need to hit themselves over the head to understand what they are doing for one another. They usually don’t have to send emails to spell it out.

Whether Cuomo/Kathy and Bill Hochul/Glynn/Jacobs/Hamister etc. had a hand in crooking up a bogus indictment against me remains for me to prove. What I have proven thus far is that Bronfman-Raniere crooked up phony charges against me -and those charges were dropped.

It remains for me to prove the rest of the charges were equally bogus and corrupt.

What I came to learn was that innocent people are charged – like I was – and few have the resources or the ability to fight back. The innocent often take plea deals – and I do not for a minute blame them. I blame the Department of Justice for having not the moral compass – to know that no one should want to risk going to their graves knowing they put innocent people in prison – just to preserve the honor of an institution or to rack up high conviction stats.

Yes, I learned innocent people go to prison all the time in America – and an indictment is as good as a conviction most times – for few can fight the system.

I am still naive enough to wish there were a greater dedication to justice, rather than a dedication to convictions, at the US Department of Justice. I suspect it has long been the culture there to use the word Justice in their name in an Orwellian sense. Like the Ministry of Truth – in the book 1984 – was tasked with lying to the public.

The tragedy of this is that in order to punish political targets, [and some genuinely guilty people] they must keep up their conviction rates and to do this they need a veneer of infallibility and invincibility and the pretense of being driven only by the highest standards and morals. The Department of Justice must always maintain it adheres to the highest ethical standards.  An infallible organization, filled with angelic creatures, such as US Attorneys and their assistants – who can never admit they charged the wrong man [or woman]. They have to save face at all costs, for if they were to err once, then how could juries ever believe they could not err twice, or many times. Then there would be trials instead of plea bargains 95 percent of the time.

And that is why 10 percent of exonerates in federal prison had taken plea bargains. They were innocent, but they had no faith in the system and/or had to succumb to injustice – for they had not the money to afford a top flight attorney – or the appetite to risk trial – and nothing they could say or do could persuade the Department of Justice to seek justice.

For my own part, I had to show that the ones who fomented my indictment, Clare and Keith, were the guilty ones.

I brought evidence of their guilt to the Department of Justice, Western District of New York in 2015. Assistant US Attorney Anthony Bruce ignored it. As a result, Keith Raniere was free for three more years to brand women.

Instead Bruce spent his time investigating me [and defending Bronfman]. He claimed he had to indict me under orders of his boss William Hocuhul. He was very wroth when I refused to take a plea deal.

When I started publishing stories about Bronfman-Raniere, Bruce went before the judge – on the day of my arraignment – and tried to get a gag order. The judge refused saying I had a First Amendment right.

I kept publishing and finally the New York Times published the story of branding women – which I broke four months earlier – and then [the Eastern District of New York] Department of Justice started to investigate and soon after arrested Raniere, then later Clare Bronfman – the one who first filed her perjurious charges against me.

Over in the Western District Department of Justice – they dropped the Bronfman charges in May, but have held on to some impossible-to-prove and really rather silly charges of what amounts to “attempted tax evasion.” [Klein Conspiracy] and that I somehow defrauded a dead partner of mine who never once complained about me – but rather praised me – on the record – in a civil case – just days before he died.  He made millions with me and never lost a dime.

His death is convenient – since Clare Bronfman as a victim is hardly a witness they can call a victim.

I understand – “the honor of the Department” and all that. They can’t just walk away. So next I will have to show how corrupt the Assistant US Attorney Anthony Bruce [now retired- right after indicting me] was and his cozy relationship with the Bronfman’s attorney, William Savino. And try to prove whether Cuomo and his cronies played a hand in their ignoring  evidence that proved I was innocent.

This has consumed years of my life. It started with a madman named Raniere and his ghoulish assistant Clare Bronfman.

All told I wrote 1800 stories about the Bronfman-Raniere crime syndicate before they were arrested. I suppose I will have to write as many about Bruce – and how a corrupt Assistant US Attorney can survive and thrive inside the Department of Justice – where the prevailing culture is not justice but convictions.

I learned a lot about sociopaths and psychopaths – from Keith and Clare. I rather suspect Bruce is one also. I think he got a secret thrill -when he indicted an innocent man – more so than when he indicted a guilty one.

All of this will likely come out in time. In the meantime, the Buffalo News published this story last week following Clare’s arrest and indictment.  It adds to the narrative and puts on the record an accomplishment of mine – taking my initial accuser and helping her become the accused.

It doesn’t happen every day. Not at the Department of Justice.

A few months ago, Clare Bronfman was the accuser, the victim.

Bronfman, a key witness in the original prosecution of Niagara Falls developer Frank Parlato Jr., was arrested Tuesday and charged with taking part in a criminal conspiracy that involved sex trafficking, identity theft and money laundering.

Parlato, who is also a weekly newspaper publisher, was among the first to write about Sara and Clare Bronfman, and their ties to Keith Raniere and NXIVM, an Albany-based self-help group that some critics consider a cult.

“Now, at last, all the victims if this so-called cult can breathe easy,” Parlato said Tuesday.

In the federal government’s initial prosecution of Parlato, he was accused of stealing $1 million from the Bronfmans.

The charges were later dropped, and Parlato attributed the decision to his newspaper stories about the sisters and their link to NXIVM….

The dropped charges against Parlato followed extensive news coverage of NXIVM and Raniere and the allegations that he operated a secret society that forced women to have sex with him.

The allegations, which include claims that women were branded with a cauterizing device, have been aired by the The New York Times, New York Post and others, and many have credited Parlato with first uncovering them….

Judicial Watch: New Emails Reveal FBI Official Peter Strzok Insisted on Retaining Declassification and other Authorities for Mueller Special Counsel Assignment
More on the aiding and abetting of Bronfman- Raniere by the Department of Justice Western District of NY
Comment