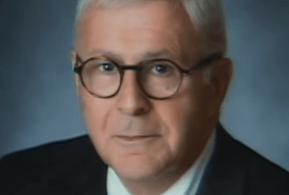 Keith Raniere and Clare Bronfman launched my federal indictment. They are now charged themselves. One of them  Raniere is in prison – denied any bail – and Clare is under house arrest – with $100 million bail package.

Turnabout is fair play.  But, really, how often does it happen that the accuser becomes the accused in our federal legal system?

I emphasize the word “federal” in “legal system,” since our federal system is such that the US Department of Justice has such a reputation to maintain that it can rarely admit it is wrong – even when it is wrong.

This is why exoneration projects routinely find that 10 percent of innocent prisoners cleared of crimes were in prison because they took a plea bargain.  The US Department of Justice fairly stands for the opposite of Blackstone’s “Rule of 10.” Blackstone, the noble jurist who so influenced western law, wrote, “It is better that 10 guilty persons escape than that one innocent suffer.”

The US Department of Justice has it exactly backwards.

It is no accident and is the shame of our history that our nation has more people, and a higher percentage of its citizens in prison than anywhere in the world. [Our people are not worse than other nations.] And part of that shame is due directly to the unbridled power we grant prosecutors. Because of that power, they learn not to feel compunction for convicting the innocent. They are rewarded, promoted by convictions – not by seeking justice. This is well known.

It is also well known that there is no punishment to prosecutors for convicting the innocent. Because of the plea bargaining system – where defendants are routinely overcharged – innocent people often take plea bargains to spare the risk of trial before largely uninformed and reluctant juries – where defendants risk long prison terms if they are convicted but can get off with comparatively light sentences if they accept a plea deal.

Few cases go to trial anymore. And the presumption of guilt is strong with juries – for they think government would have no motive to charge the innocent [or ignore exculpatory evidence]. This is the advantage that impels the federal system – this presumption of guilt for the defendant and the near universal presumption of good motives [and infallibility] of government prosecutors and investigators. This is what allows corruption to creep in.

Of course this is not to say the Department of Justice only charges innocent people – or are completely reckless about charging people. They are not. Very likely most – or at least half – of those charged are probably guilty of something they were charged with – but there is no safeguard – other than the prosecutor’s moral compass that can protect the innocent in the crosshairs of the Department of Justice from being charged – and more likely overcharged.

The Department of Justice has this challenge: If prosecutors want to be promoted – they need to deliver convictions. They do not get commended for investigating a target then exonerating him. They are commended in the public and in the Department itself by racking up convictions.

Now consider that, like all government [or private workers], their work time is limited. If they spend a lot of their work hours [about 1800 per year for a federal agent] on a target – and come up with evidence that he is innocent – they have a problem. Suppose they spent 300 hours and found out that their investigation was unfounded – that the man is not guilty. What do they do? They just spent 20 percent of their work year on a innocent target. Do they just move on to another investigation? And lose all that time producing nothing? This will impact their conviction results for the year and doing it a couple of times will be disastrous. If an Assistant US Attorney or a team of FBI agents pick the wrong targets, who are innocent, and spend too much time – they cannot simply walk away.

The answer is often as corrupt as it is simple: Overcharge him and secure a plea deal. Ignore all exculpatory evidence that points to innocence and simply over charge him. This is what happens and is why 10 percent of people who were in prison who were exonerated had taken plea deals. The pressure is too high on prosecutors to produce convictions for them not to charge the innocent.

And there is the presumption of guilt. This is a huge advantage. Once a man is indicted, he is in effect presumed guilty – so there will be a destruction of the man’s reputation and oftentimes an innocent man will take a plea deal to lessen the destruction of an indictment in his life.  Few can survive an indictment. The indictment – so easy to obtain – is a huge punishment for most innocent people. It is ruination. If they do not have the money for a top attorney, few can risk going to trial. No one should go to trial in the federal system with an assigned counsel or public defender.

Then of course there are political hits – or vendettas. This is perhaps a little more rare but it is a naive individual who believes that given almost unlimited power and given the highly political nature of the Department of Justice – that it does not happen.

A political hit or targeting by the Department of Justice is when a certain person – who likely pissed someone off – is targeted – without regard to whether he is innocent or guilty of any specific crime. The role of the Department of Justice  – FBI or other federal agents and Assistant US attorneys is to find and charge crimes on a certain particular person. This is not how law enforcement is supposed to work. Law enforcement is to supposed to have some evidence of a crime then find out who did it. But in the federal system they often target an individual then fish through his entire life to seek a crime – any crime – he may have committed. If there is no crime – or if they are unsure – they can still fashion a narrative to make lawful actions or transactions appear to have a criminal motive. Lawful actions can be charged as crimes under broad and vague conspiracy, racketeering, money laundering and wire fraud charges. All the prosecutor has to do is allege a criminal motive and our grand jury system will permit an indictment. An indictment itself is usually enough to ruin a man.

Often after a lengthy investigation – which drives his business to the ground or makes him unemployed and his friends running from him, and a highly publicized indictment that shatters the rest of his reputation – and drains his savings – the average innocent man is ready to settle for a plea bargain just to get out of the merciless and unjust grip of the Department of Justice.

The government then is often portrayed as lenient offering a man a plea bargain with just a year or two of prison time when he faced 20 years. The innocent man might even get probation. He is still ruined. He is a felon. He is financially destroyed. If he was someone’s personal target – they got him. He can no longer hold his head up as an honest actor in the world. [I am not saying this happens nearly as much as the Department of Justice just wrongfully charging a man because they spent too much time on an investigation – but it happens – and more than anyone imagines – for it will never be advertised as such. Just the opposite, it is necessary to their whole shtick that prosecutors always maintain they are paragons of righteousness and infallibility.]

My case was different. Early on, I determined to never take a plea deal for something I did not do – no matter how light the sentence offered in a plea bargain. I chose to do this because I am innocent of all the charges made against me. And by taking a plea bargain – not matter how tempting – I would only enable this horrible system that makes so many innocent people felons.

In my case, they did not get a single thing right in the indictment – and at times that seemed by design – not just error. I rather suspect I was targeted by those who wanted to see me ruined- beginning with Keith Raniere.

In the years that have passed since I became aware of the federal investigation of me in early 2012  – prompted by Raniere and Clare Bronfman –  and the time I was indicted in late 2105, many urged me to take a plea deal offered by the Assistant US Attorney, Anthony M. Bruce – which could be within sentencing guidelines of probation and no jail time.  I refused – despite facing – because of the piling on of charges – some 20 years.

But the Western District has not dropped all the charges against me yet. Consequently I am still in the fight and I feel like I will be bringing more crimes of other corrupt actors to light very soon.

I helped prove Bronfman -Raniere criminality. It remains for me to prove the corruption of Bruce and Hochul and other bad actors who worked behind the scenes to get me indicted. I also feel I am on the verge of breaking an important story on how Carlos Salinas, NXIVM and top officials in the Democratic party worked together to run guns, smuggle drugs and cash across the Mexican and US borders.