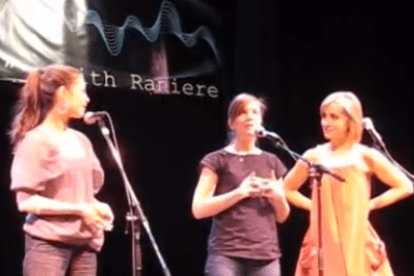 My name is Kris Lemon,
Been following all of this Nxivm stuff and been writing for an online media site in regards to this, plus enlightening people who
tune into a podcast on Thursday night.
There’s an Executive Order that President Trump signed in December 2017, “that serious human rights abuse and corruption around the world constitute  an unusual and extraordinary threat to the national security, foreign policy, and economy of the United States,  and I hereby declare a national emergency to deal with that threat.”
Here’s the entire Executive Order.
No one is exempt from it; that includes Carlos Salinas.
It’s in Section 1 (A) (ii)
https://www.whitehouse.gov/presidential-actions/executive-order-blocking-property-persons-involved-serious-human-rights-abuse-corruption/
It was made very clear, no one would be getting deals. US Attorney General Jeff Sessions runs the show. 40 k plus indictments; you can bet there are some more of Nxivm, Arizona Mafia, and others. Trump has everything about everybody.
I am working to get this message out, letting people know about what you’ve been doing to expose Nxivm.
Keep up the work.
***

I reached out to you before, during my preliminary interest in this [NXIVM] story, since I have had a similar (albeit watered down) experience with a LGAT group based in Raleigh NC. At the time, it was called “The Legacy Center” – they have since changed their name, and now run under “World Legacy” or something along those lines. Anyway, my experience with the group based in Raleigh is what piqued my interest in this story.

That being said, in reference to the A Capella thing, and in the thread during 2008 (props to Deke Sharon, PS! He killed it and shut Keith down – and is super successful! Win!) … Keith Raniere (or one of the NXIVM peeps) mentioned something about Keith’s scientific evidence being published in some sort of journal which was authored by “Luis Todd.”

That being said, the person who runs the group in Raleigh, NC is “Lori Todd” – her brother (Michael Todd Koren on Facebook) apparently lives in New York (she has said she was from New York and that she attended a training there that changed her life).

Do you know if there is an affiliation? I may be thinking too much into this, but I can honestly say that the trainings that I participated in under Lori Todd’s dictation were detrimental to me, and have harmed me moving forward in my life.
Don’t get me wrong, I’m doing well. I’m self-supportive and have a roof over my head. I have a well-paying career. I’m not “debilitated” – but I struggle. Constantly.  Is it because of them?

I don’t know. I was young when I took the class. Was I better before taking the class? 100% yes.

Am I living up to my potential and finding joy?  No.

I just was wondering if you have any knowledge as to if the two could possibly be related. Hopefully, I’m wrong.

Thanks for your courage and sacrifice in bringing to light the deeds and misdeeds of Keith Raniere and Nxivm.

In the end, it is a sad, tragic, human tale. I’d like to say the intent of Raniere and Nxivm was good however the results were often bad and sometimes, evil. I can imagine in Raniere’s mind he was acting to save the world. Certainly, his programs and approaches were messianic as he thought and acted on a grand scale. Unfortunately, he and his followers had little capacity to see how he was hurting them and the world.

Sexual abuse, exploitation, lying, threats, and intimidation are never good things. And unfortunately, the government let us down for such a long time by failing to act on claims that had been well publicized in the media.

As guilty as Raniere is, he is also not alone. Blaming Raniere is not the ultimate answer to our problems. Each of us needs to look inside ourselves and examine what part of us is like Raniere. What part of us lies, exploits and abuses? Who have we hurt and how have we hurt them? Each of us needs to be accountable for that part of ourselves and ask for healing and forgiveness for that part. That is a bigger and better solution.

An interesting review of this new film — especially the opening parts.  What a small world we live in.
https://www.theepochtimes.com/film-review-a-prayer-before-dawn-about-as-far-from-rocky-as-you-can-get_2605581.html
I think you should interview Mark Jackson, the guy who wrote this piece. Since he claims to have been a grade-school classmate of Vanguard, he might have some valuable information and/or insights into Raniere’s early years (Maybe he was even one of the kids that Vanguard used to practice judo or piano with!!).
Joe
***

I’ve been reading your site for only a few months, but I’ve literally read every post in that time. I’m quite interested in the workings of the court and so I’ve read and am still reading any court documents I can freely get my hands on in which NXIVM (and/or its high rank) has been involved over the past couple decades.
I’m curious as to what happened with Michael Sutton. Did he ever leave NXIVM? Did he reconcile with his parents before their deaths? Seeing the change of status in the court documents from the Suttons to their estates during these incredibly long court actions made me sad, and I just wondered…
Thank you for any information you can provide
M.
***

Even though the New York State Department of Health hasn’t done anything to stop Dr. Danielle Roberts from branding more women – or punishing her for the ones she did brand – it does a great job on shutting down kids’ lemonade stands. Unfuckingbelievable!

There are quite a few high powered people who have gone through ESP and he wouldn’t be surprised if they’re helping as outsiders to get freedom for Nancy.  One of them being Shirley Jackson, president of RPI and highest paid university president.

Also, I wanted to add that I think a deal must have been made with the local news stations.  How is it possible that there is not ONE picture or video of the Salzmans and Kathy walking into or out the courthouse in Albany?  I find it interesting.  They’re usually all over stuff like this here.

I’m sure you’ll want to do something special for Allison’s upcoming 36th birthday: https://wtop.com/entertainment/2018/07/celebrity-birthdays-for-the-week-of-july-29-aug-4/
***
This is the same office that was so unwilling to investigate the Bronfmans’ various foundations. And who was AG then? Oh yeah, Andrew Cuomo.
https://www.nytimes.com/2018/07/18/nyregion/trump-foundation-tax-investigation-cuomo.html
***
I think you need to either ban Scott Johnson or limit him to one comment per post. People are really getting turned off – and that’s not what you want with all the new stuff about to come out.
Just my opinion – but I think the guy has become a negative for the overall blog.
***