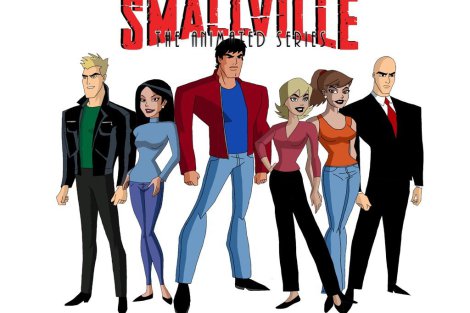 According to Supermanhomepage.com, Kristin Kreuk expressed interest an animated Smallville revival – but no word yet on whether Allison Mack would like to reprise her role as Chloe Sullivan.

In a July interview with ComicBook.com, Kreuk said she’d be interested in returning to play Lana Lang in an animated revival of the “Smallville” TV series.

Kreuk said, “Yeah, absolutely! I’ve never thought about it, but that sounds like it could be a lot of fun.”

The idea of returning to “Smallville” in an animated series was also put to Tom Welling (Clark Kent) and Michael Rosenbaum (Lex Luthor) in April when they attended a Q&A panel at Awesome Con.

Kreuk is currently filming the second season of her Canadian taxpayer-funded CBC legal drama “Burden of Truth”, where she plays – entirely unlike her real life persona – a brave woman who risks her career to protect young women — which only goes to prove what a great actress she really is.

Who will appear as Chloe Sullivan – if the Smallville cartoon idea gets off the ground – is unclear.

Mack’s voice was removed from the animated Lost in Oz daytime series. She was replaced by Grey Griffin, an actress who has not been known to operate a sex cult  – evidently one of the requirements for Mack’s replacement.

Mack played Evelyn Gale in the Lost in Oz cartoon.

Whether Mack will be free to be the voice actor for an animated Smallville series is anybody’s guess. One cause for uncertainty is that she may be in federal prison by the time the show gets ready for production. Mack has been charged with sex trafficking and numerous other felonies.

Her trial is currently scheduled to start on January, 7, 2018.  Currently Mack is under house arrest and lives in her parents’ home in Los Alamitos, California.

Mack’s acting career took a nosedive when she decided to follow a man known as “the Vanguard.”

The image shown is a fan concept drawn by artist Zakareer

When will people feel free to speak out – in their own names – against NXIVM – only when the monster Bronfmans – Salinas – don’t loom in the background
Joe O’Hara: Asleep At The Switch – How local officials allowed NXIVM to grow into an international crime syndicate
Comment