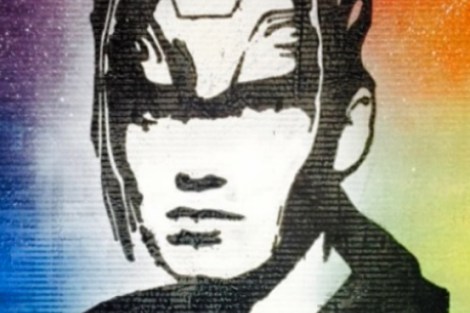 The Tanster is the woman who paid for Ben Szemkus’ lie detector test. Ben was called into question after he claimed he went to a NXIVM mixer/recruitment party in Feb. 2007 where he encountered Keith Raniere, Allison Mack, Nancy Salzman, Clare Bronfman, Sara Bronfman, Anthony Wiener, Huma Abedin, Stormy Daniels, her bodyguard, Eric Schniederman, James Alefantis and some 20 Yale college girls – all in a smallish apartment in Connecticut.

Now our correspondent Larry Shea introduces to our readers the woman known as the Tanster – who paid for ben Szemkus’ lie detector test – which we are told he passed.

I am pretty sure that readers, other than myself, are probably interested in what sort of person would reportedly have paid for Ben Szemkus’ lie detector test, or, for that matter, would have been so seemingly convinced by Ben’s obvious fan-fiction that she would put her money and her reputation on the line.

In 1999, The Easthampon Star published the following article: “Tana Lee Alves: A Napoleonic Approach.” The article is worth reading for some interesting background on this very talented, 45-years-old artist.

Tana Lee Alves’ self-portrait is also the logo that appears on her website, the Tanster. Although these days, she apparently feels that it is necessary to hide her real identity, the Tanster was born Tana Lee Alves. She evidently resides at 2 Farmstead Court Water Mill, New York, which is where the Tanster also works and lives. Google Maps shows a signature rainbow-painted vehicle parked in the driveway of this lovely well-maintained estate with an 0.48 acre of land. Trulia estimates the value of the home and property at 2 Farmstead Court at $1, 253,900.

In the article, “Napoleon Delusion,” which appears on tvtropes.com, it is claimed that “Napoleonic Delusion, [is] a form of insanity far more common in fiction than reality, the delusion that one is a famous person, or at the very least the modern reincarnation of the same.” Over the past 200 years, it has been reported that thousands have suffered from “Napoleon Delusion.”  However, there is no way to substantiate such a claim. Although, Napoleonic Delusion is not a recognized psychological disorder in and of itself, the popular idea of the Napoleonic-Delusion trope persists in fiction, cartoons, and humor.

Now I do not necessarily have a problem with believing in the concept of the reincarnation. Over the years I have read several books on reincarnation. I also own about a dozen books on the subject. Old Souls: The Scientific Evidence for Past Lives, by Tom Schroder is one of my favorite books on reincarnation. The journalist, Tom Schroder, takes the reader on 37-year journey of research into past lives that was conducted by Dr. Ian Stevenson. The stories about past lives are spontaneous; they are not the result of hypnosis. The stories in Schroder’s book are primarily about the past lives of children who demonstrate the ability to lead peoples back to the home in which they had lived during their most recent past life.

I am, however; not alone in having a problem with the claims of individuals who believe that they were a famous person who lived centuries ago: “With regard to the various categories of scientific evidence that support reincarnation, Stevenson attaches maximum credibility to spontaneous utterances made by young children about previous lives.” (Dr. James Paul Pandarakalam). Of course, for those individuals who claim to have been a famous person who lived a long time ago, it becomes far more problematic to give credibility to such claims. It is virtually impossible to prove such questionable claims due to the lack of any real evidence. Such unbelievable claims remain leaps of faith!

If you visit the Tanster’s (Tana Lee Alves’) website you will learn that she is obsessed with Napoleon Bonaparte and his stepdaughter, Hortense de Beauharnais, and not just a little obsessed. So, I am wondering, is this the type of person who would not only readily give credence to Ben Szemkus’ fan-fiction but also publicize Ben’s fan-fiction on her YouTube channel? Yes. Is this the type of person who would pay for Ben Szemkus’ lie detector test? Yes. I do not know what others may think of Tana Lee Alves, but I am beginning think that Tana Lee Alves may be somewhat gullible. I could be wrong.

Have you seen this? 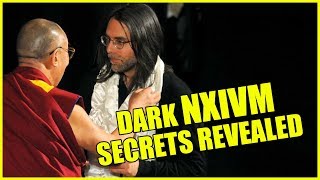 Probably worth a mention on the blog: https://www.salon.com/2018/07/18/what-makes-the-nxivm-sex-cult-so-awful-an-ayn-rand-fan-exploiting-womens-need-for-sisterhood/

Hi Frank,
One reader refereed to the New York Times reporter [Vanessa Grigoriadis] as a flying monkey so I photoshopped this up with clare as the wicked witch, and the reporter as the monkey, in case you would want to use it. I could put anyone you want in the crystal ball, so if you want it with someone else in it let me know. 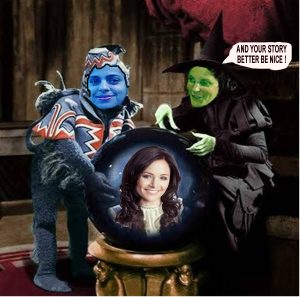 Judicial Watch: FBI Asks Comey to Preserve Records
Need My Medicare To Begin Feb. 1… What Are My Medicare Options?
Comment